A small community of mineworkers in Zithulele in the Eastern Cape is slowly dying from lung related diseases. Turberculosis and Silicosis are synonymous to these former mineworkers. They struggle to breathe, to work, to live. Their only hope for compensation for the years of suffering they have already endured and that lies ahead is the class action brought by Bongani Nkala and other miners against the mining industry. This landmark case, Nkala and others v Harmony Gold and others, will see hundreds of thousands of mineworkers who contracted silicosis and/or tuberculosis in South Africa’s gold mines given a voice and access to justice. The stories told here are haunting echoes of those of the miners who are participating in the class action..

Ngayibilisi Montshotwana (76):
I started working in the mines in 1958. I ended my last mining job in 2006. I went to the doctor in Nqanduli and he said I had worked too long in the mines. He said that my lungs have holes that will never heal. Doctors say I shouldn’t work. I need to hire people to help me around the home. I feel weak and I cannot breathe. The only way I can walk any distance is when I use my asthma pumps. If I don’t have them, I won’t come back from where I’ve been. I tried to get compensation but they said the little I got was enough and they won’t give me anything more. The only money I receive is my pension. I get no disability and no other money.

Somajele Makubalo (64) (right):
I worked on the mines from 1972 to 2014 as a labourer and then blasting. In 1990, I spent three months in the hospital because my hearing had gotten bad from the blasting. Then, in 2013, I was treated for TB, but I am still suffering. My chest is closed. I was let go from work in 2014 with no compensation. They took money from our salaries but now they do want to pay. I want to know where that money is. I survive on the pension from government alone. It is not enough to provide for my three children.

Nabelo Caloti (49) (middle):
I started in the mines when I was 21-years-old in 1987. I was pipe fitter and a driver. In 2005, I became sick. I could no longer work so I was given a voluntary retrenchment package of R6 222.91. That money finished long ago. I was recently treated for TB and hypertension at Zithulele. I survive only on a disability grant. I have seven children. How can I feed them now?

Ndlambila Dodwana (66):
We want the mining companies to pay us what they owe us. There is a lot of money they owe us which they didn’t pay. They told our people to go down the mine and eat dust. The dust still sits in our lungs. Now, our people eat nothing but they are the ones who have dug the gold out of the ground. We gave them our strength and now we want them to support us.

Ntana Gadlo (48):
I worked on the mines from 1985 to 1997. I used to burn with a fever when I was sleeping, then I started to get thin. I was told that because I had taken so much leave, I was a deserter. They let me go without a cent. Now I live only on a disability grant.

Magwebenga Mqwashele (83):
I went to the mines in 1959. I started as a machine driller. In 1974 I became ill and stayed in the hospital for over two months. I went back to work but I became more and more ill as time went on so I came home. I was lucky to find temporary work here at the hospital as a builder and a plasterer but now I can barely survive. My wife is ill so my daughter-in-law looks after me.

Ngqukumbana Makhubalo (80) (above):
I was injured when I fell from a step ladder and shattered my ankle. After this I spent a year in hospital. I received compensation for that injury but nothing for my hearing loss from the drilling. My eyesight is very bad from the hours spent underground. They said I was a deserter and gave me no money.

Kamako Nqwili (75):
I was just 20 when I went underground in 1960. I was a labourer for many years. Then I became a driller but I was injured when a rock hit me in the eye so I had to come home. I have difficulty breathing and my hearing is very bad. I have 14 children and my wife suffers from heart disease. Some of my children are still at school and others at college and one is at university in Cape Town. It is hard for them because there is no money except for the government pension.

Judgment in the historic Silicosis Class Action, Bongani Nkala and 55 Others v Harmony Gold Mining Company Ltd and 31 Others, will be handed down in the South Gauteng High Court tomorrow (Friday 13 May 2016) at 9am. If the class is certified it will be the largest class to ever be certified in South Africa and it allow hundreds of thousands of gold miners and their families to access justice and redress. This short clip tells the story of some of the gold miners, the advocacy that has happened and the role of the amici.
Tags: Harmony Gold MiningSILICOSISSilicosis Class Action 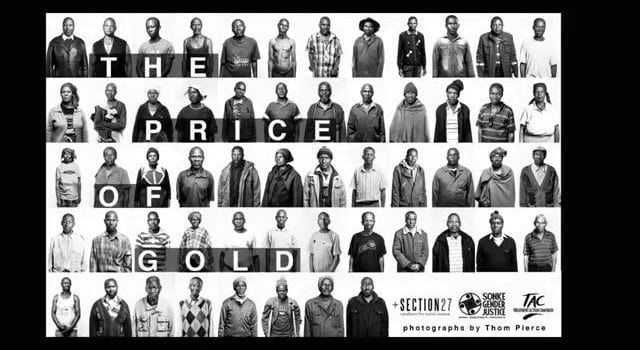 For decades, gold mining companies in South Africa have failed to take the necessary steps to protect their employees from inhaling dangerously high levels of silica dust. As a result, hundreds of thousands of former mineworkers have developed silicosis or contracted tuberculosis.

Their lawyers are preparing to fight in court, but for many of the miners who contracted lung disease from the silica dust on South Africa’s gold mines, it’s too late.. [caption id="attachment_3495" align="alignnone" width="780"] Alloys Mncedi Msuthu (60) standing in a field in Matatiele, Eastern Cape. He is an applicant… 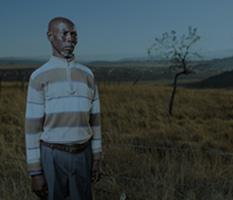