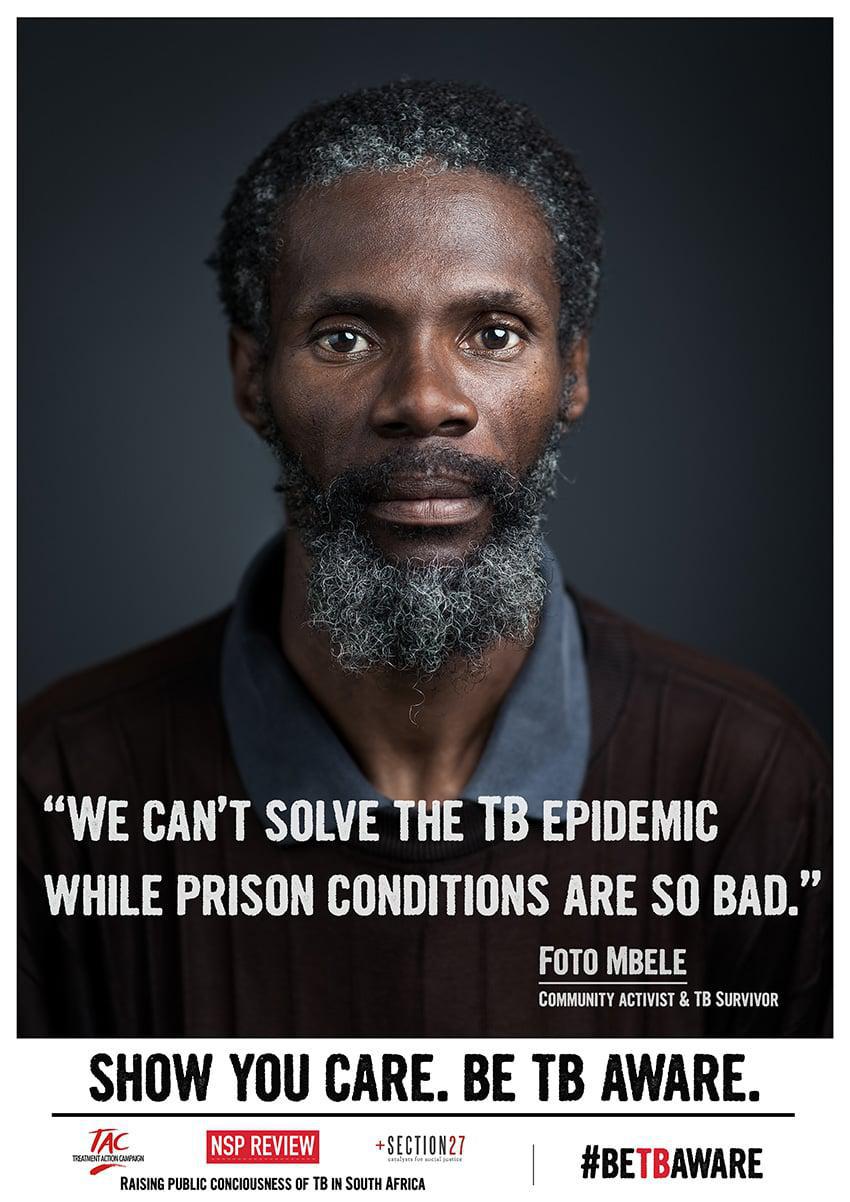 (TB) research is gravely underfunded. Analysis in the Treatment Action Group (TAG)’s annual Report on Tuberculosis Research Funding Trends shows that the world spent just $674 million on TB research and development (R&D) in 2014. This is barely one-third of the $2-billion experts estimate the world must spend each year to eliminate TB. Funding for TB R&D has not grown by any significant amount since 2009. Similarly, efforts to end the TB epidemic have shown few signs of progress. TB is now the leading cause of death from an infectious disease globally, responsible for killing 1.5 million people in 2014. The rise of drug-resistant TB (DR-TB), which continues to cause half a million people to fall sick each year, suggests that the epidemic is moving faster than research and programmatic attempts to overcome it.

From basic bench science at public universities to clinical trials of new TB drugs and vaccines, South African scientists occupy a central place in global efforts to develop better ways to prevent, detect and treat TB. But how much funding does South Africa’s government give to TB R&D each year?

In absolute terms, not very much. According to research by TAG, South Africa’s government spent $4.7 million (R50.3 million) on TB R&D in 2014. This level of funding pales in comparison to the $247 million and $44.5 million spent by the United States and United Kingdom, respectively, and falls below the $9.1 million spent by India. South Africa ranks higher when its funding for TB research is assessed relative to its Gross Domestic Product (GDP). By this measure, South Africa ranks fourth among countries in terms of the proportion of its GDP that goes to TB R&D – behind the U.K., USA and Switzerland, but ahead of the European Union, India, and Japan (see table). In other words, South Africa’s support for TB research only looks generous relative to the poor performance of countries with larger economies.

The South African government awards most of its money for TB research through the South African Medical Research Council (MRC). In 2014, the MRC disbursed close to $1.4 million (R15 million) under the South African Department of Science and Technology (DST)’s TB Research and Innovation Initiative. These funds covered projects ranging from TB drug discovery to point-of-care diagnostic development. In addition to resources from the DST, the MRC gave $2.5 million (R26.7 million) to TB R&D – most of it going to South African universities. Stellenbosch University received the most government funding for TB research in 2014, followed by the University of Cape Town, the University of the Western Cape, and North-West University.

Combined, the MRC and DST spent $3.9 million (R42.3 million) on TB R&D in South Africa in 2014 – an amount matched and exceeded by several donors outside South Africa. For example, the US National Institutes of Health and the Bill & Melinda Gates Foundation gave $3.3 million and $5.9 million, respectively, to support TB research at South African universities and independent research institutions. A detailed look at TB research activities at the University of Cape Town reveals the extent to which South African TB researchers rely on foreign governments and philanthropies. TB research institutes and centres affiliated with the University of Cape Town – including the South African TB Vaccine Initiative, the Clinical Infectious Diseases Research Initiative, and the Molecular Mycobacteriology Research Unit, among others – reported expenditures on 85 TB research awards in 2014. Only 20 – less than one-quarter – of these awards came from the South African Government.

South Africa’s scientists – and the 450,000 South Africans that fall ill with TB each year – deserve more support. South Africa’s government should commit to tripling its spending on TB R&D over the next three years, moving from $4.7 million a year to $15 million. Given the shallow pool of resources available for TB research globally, even this modest increase would noticeably lift TB research efforts. If South Africa gave $15 million to TB R&D each year, it would outspend Germany, France, Switzerland, and Canada at their current levels of funding. With this level of expenditure, South Africa would rank first among all countries in terms of TB research funding as a percentage of GDP. A heftier financial contribution would also give South Africa more leverage to set and direct its own TB research agenda, helping to ensure that research conducted in South Africa responds to the unmet medical needs of people affected by TB in the country.

Tripling funding for TB R&D would also help the South African government deliver on the multiple international promises it has made to tackle the TB epidemic.

In 2012, ministers of health from the BRICS countries (Brazil, Russia, India, China and South Africa) signed the Delhi Communiqué, resolving to jointly tackle DR-TB through collaboration on TB research. In 2009, South Africa signed the Beijing Call for Action, which included “a call for substantially increased investment by governments in research and development of new diagnostics, medicines and vaccines to prevent and manage TB and M/XDR-TB”. And in 2007, African ministers of health pledged to spend at least 2 percent of their annual health budgets on research. Years later, these and other pledges remain unrealised. The need for intensified research and innovation in TB has only grown in the intervening years. The World Health Organisation’s End TB Strategy warns that new drugs, diagnostics and vaccines to fight TB must be introduced no later than 2025 in order to achieve the ambitious goal of eliminating TB by 2035. The shortness of this timeline means that South Africa cannot afford to wait to increase its financial support for TB R&D.

As a State Party to the International Covenant on Economic, Social and Cultural Rights (ICESCR), the South African government is obligated to take steps to progressively realise the right to the highest attainable standard of health (ICESCR Article 12). For diseases like TB, where inadequate and outdated tools hinder a vigorous public health response, fulfilling the right to health may require investing in research and development. In General Comment 14, the Committee on Economic, Social and Cultural Rights clarified the normative content of the right to health, noting that it includes ‘the promotion of medical research and health education’ and ‘fostering the recognition of factors that favour positive health results’, including research.

Linking TB research and the right to health would also allow the government of South Africa to uphold a related right: the right of everyone to enjoy the benefits of scientific progress and its applications (Article 15 of the ICESCR). The obligations of states under this right include the ‘development and diffusion’ of science, and some scholars and organisations have argued that this might require purposive investments in R&D to address harms experienced disproportionately by vulnerable groups – an interpretation that makes a powerful argument for supporting research on TB, a disease that exacts its greatest toll on the socially marginalised.

One opportunity for South Africa to realise the rights to health and scientific progress through increased support for TB research has already arrived. In November 2015, the MRC held a workshop to develop a national TB research strategy for South Africa. At a second meeting, scheduled for December 7, 2015, a broader constituency of stakeholders will turn the list of research questions generated at the first meeting into a comprehensive TB research roadmap. Civil society in South Africa should actively participate in this process to ensure that the resulting plan reflects the needs of TB-affected communities, and comes with dedicated funding. Backing this plan with new funding commitments would help South Africa’s financial investments in TB research catch up to the important contributions its scientists and people are already making to fight against TB.

For decades, gold mining companies in South Africa have failed to take the necessary steps to protect their employees from inhaling dangerously high levels of silica dust. As a result, hundreds of thousands of former mineworkers have developed silicosis or contracted tuberculosis.