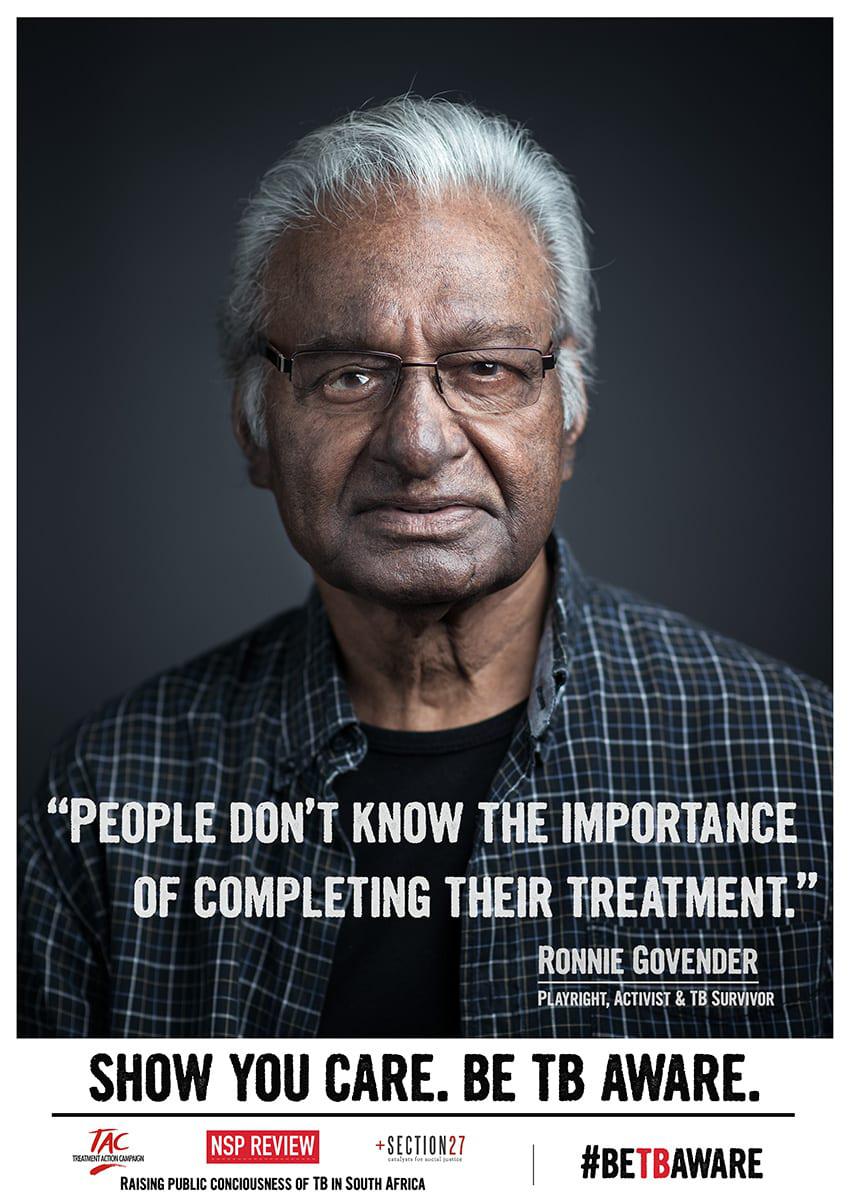 It took me a few days to put these thoughts together, as I re-read the last three Global TB Reports published in 2014, 2013 and 2012. When the 2014 WHO Global TB Report was released, based on 2013 data, I wrote a little piece saying ‘Same numbers, same trends, why we need to change’.

Two years ago, when the 2013 WHO Global TB Report was published, I said: “The WHO report shows that quality TB care can save millions of lives, but we are advancing far too slowly. Let me be clear about what we are facing. At the current rate of progress, we will not eliminate TB”. Unfortunately, all these statements are valid today as well. And I am worried that the data and trends that will appear in the next year’s report will not be too different.

Earlier this week, in the Lancet Series on “How to Eliminate TB,” the stark statement was like a cold shower for me and it should be for those of us working in TB: ‘….there is a gap between data and implementation. The policy and implementation framework that have been adopted in the past decades have just not worked.’ Indeed, for several years now, the data has been trying to tell us what to do… we have not listened very much, I am afraid.

The 2014 data is showing that TB is killing 4,400 people a day and it is now in a shameful leading position among infectious killers. How can we, as human beings accept that a diseases that is curable in six months kills more people than HIV/AIDS? What kind of minds and hearts do we have?

There are new estimates in 2014 for TB in children – 1,000,000 cases and 140,000 deaths every year – double the estimates from last year’s report. It is good that we know more now and we are able to have better estimates. But what we know now is terrifying – we actually have a much larger burden, we fight a bigger monster and, in fact, we do not even know for certain how big it is. Such a high burden in children means that there is a lot of transmission happening – and a lack of household TB contact tracing.

The MDR-TB situation shows a depressingly slow progress- a very small increase in the number of people diagnosed with TB from 94,000 in 2012 to 123,000 in 2014 (out of which only 110,000 MDR-TB cases were enrolled in treatment) with just 50% of those treated being cured. This means that we are still at the level of 1 in 10 people with MDR-TB being lucky to be diagnosed, treated and cured.

All this data has been trying to tell us for several years that we need to change. We need to have a TB data revolution! We Wneed to do prevalence surveys and repeat – that we are aware of what kind of burden we have and where we have it. We need all this data to be disaggregated at a subnational level, by gender, age group, and geographical areas. We need to know our “hot or cold spots” and we need to use all this information to prioritise interventions and make a bigger impact. 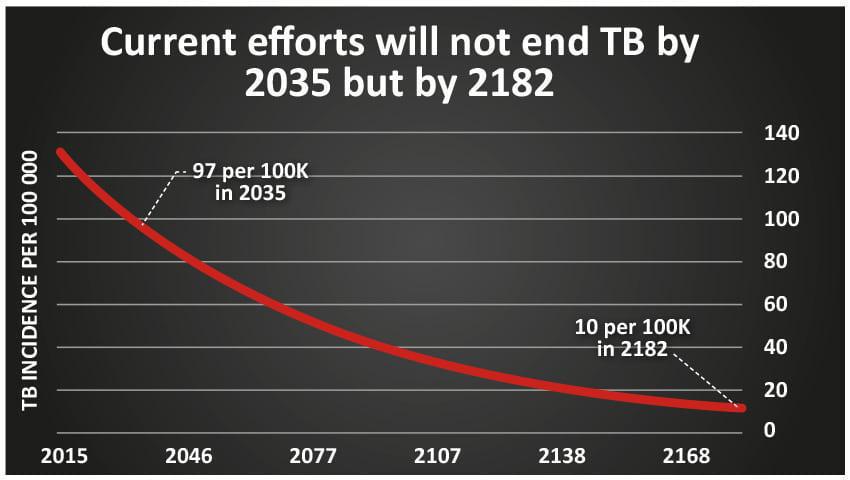 We need to know our costing and financial figures and to use them to make solid and credible TB investment cases. We need to ensure that we optimise interventions and we get more from each investment. Not only to convince the Ministers of Health, but the Ministers of Finance and heads of governments. TB depends on the domestic investments and we need to make sure that we focus on this in the coming years.

We have 2 billion people infected with TB and 10% of them will develop TB sometime during their lifetime. We cannot ignore this. When do we actually start the serious conversation about TB infection?

We need to find the 3.3 million missing cases. TB REACH and other projects have shown that it is possible – with a great open mind and desire to change and with modest investments. We need to scale up successful projects in countries, we need to hold hands with communities, with the private sector, with non-health sectors. We need to seriously do early – active case finding and engagement of key and vulnerable populations. Think together and find solutions together – not just ticking boxes for participation.

We simply cannot afford to have another report saying 1 in 10 estimated new MDR-TB was diagnosed, treated and cured. We need drug susceptibility testing for all. Point of care diagnosis and a treatment regimen that is short, cheap and without the horrible side effects we see today. We need the right amount of funding for research to be able to get these tools. But in the meantime, we can do it!

We know how to do it, we are a very dedicated and hardworking community, we should not be shy or worried or constrained by anything – let us be bold and do it!

It will not be easy – and we will need funding for all these bold interventions, a serious amount of funding. The modelling done for the Global Plan to End TB 2016-2020: The Paradigm Shift shows that if we are serious about implementing at scale comprehensive packages of tried and tested interventions and if we want to properly fund the research for development of new tools with the aim of ending TB, the funding needs have to be much higher than what we used to have in the current Global Plan.

It will not be easy to secure this funding – from domestic sources, donors, and a fully replenished Global Fund. It will not be easy. But there is no way back – we must do it! No change in our approach will be fatal. It is already fatal for more than 4,400 people and 440 children every single day.

Change does not start with money, it starts with us and our mindsets. As George Bernard Shaw said, ’Progress is impossible without change, and those who cannot change their minds cannot change anything!’ I know we will do it!

Tuberculosis is a classic poor person’s disease – a limited problem in the United States and Western Europe, but killing hundreds of thousands of people every year in countries like India, China, Indonesia, Nigeria and South Africa. As a disease that mainly affects poor people, TB offers limited incentives for…

We were told the planned release date for an occupational health policy to protect healthcare workers was World tuberculosis Day, 24 March 2017. Three World TB Days later and with a new epidemic claiming the lives of healthcare workers we are still waiting for the policy, writes Dr Arne von Delft.