While mental health remains poorly recognised and resourced across the health system, rural communities are often the hardest hit by the lack of services. In 2014, concerned stakeholders united to launch the Rural Mental Health Campaign, based on the belief that there is “no health without mental health” and that every person has the constitutional right to have access to the best possible mental health care, regardless of where they live.

On World Mental Health Day, the campaign released a report that highlights the state of rural mental health care in South Africa and the shocking inequalities that still exist within our health system. The report is based on the real life testimonies of mental health care users living in rural areas in the Eastern Cape, Kwa-Zulu Natal, Limpopo and North West, as well as contributions from experts in the field on aspects such as state budgeting for mental health, human resources, access to medication and the need for rehabilitation.

Rural areas in South Africa account for 40-45% of the population but still remain the most underserved and marginalised. Human resources for health are overwhelmingly concentrated in the private sector, and of the minority who work for government, only a fraction choose to work in rural areas.

According to Daygan Eager, from the Rural Health Advocacy Project, provinces spend only a tiny proportion of their health budgets on mental health, despite the fact that neuropsychiatric disorders now rank third in their contribution to the burden of disease in South Africa. In Gauteng, North West, Mpumalanga and Northern Cape, this amount is a mere 5% of the total provincial health budget.

Hendry, a mental healthcare user from Tzaneen, says: “The clinic is always full so I do not receive any counselling from the clinic and I also wait for a long time to get medication.”

For many rural people with mental health conditions, the cost and logistics of accessing distant mental health care services are prohibitive. In a rural village in the Eastern Cape, where ambulances are seldom seen, a private vehicle can cost up to R600 (one way) to transport an ill person to the nearest hospital. As a result, many remain on suboptimal treatment regimes, with sustained ill health and often serious side-effects from the medication over time. The costs of accessing regular treatment also plunge households even deeper into poverty, affecting the health of the entire family.

But medication is only one aspect of mental health care. Without community-based support structures and skilled psychosocial rehabilitation, people with mental illness may remain excluded from society, and fail to fulfil their potential as workers, breadwinners, parents, neighbours, and members of society. This is a cost our country cannot afford, and yet planning and budgeting for rehabilitation continues almost non-existent – despite its central place in the Mental Health Strategic Framework.

Mental health is not a separate issue from physical health, or indeed from some of the National Department of Health’s priority conditions.

Anele Yawa, from the Treatment Action Campaign, points out the close links between HIV/AIDS and mental health: “Learning that one is HIV positive can be very traumatic. Stigma is still rife in many of our communities and many of us struggle with both external and internal stigma. Too often we suffer our mental health problems in silence and in shame.” He also suggests that mental health problems may be a significant factor in the high rate of loss to follow-up in HAART programs, currently estimated at 40% at three years.

Thembelihle, who is HIV positive and a mental health care user shares her challenges in accessing mental health care services in a rural area of Kwa Zulu Natal. “I was diagnosed with HIV in 1999 and then I was initiated on ARVs in 2004. As time went on I developed a mental health problem due to stress, and I started mental health treatment in 2010. To access ARVs is not a challenge – it is easily accessible. Doctors are always available when I am booked for an appointment. All services are in place. The challenge that I have is that mental health hospitals are very far from where I live. I need to take one or two public transport to reach the place.” The message is clear: without integrating mental health into all health care, we may well fail to achieve other health system goals.

These are the real life experiences of South African who for too long have been overlooked and forgotten. The Campaign draws attention to this crisis in the right to health and dignity of some of South Africa’s most vulnerable citizens, and sounds a call to action. The National Mental Health Strategic Framework was an important step: now let us continue to move forward.

Shortages of healthcare workers are contributing to long waiting times at healthcare facilities, poor treatment adherence, and are undermining the response to HIV and tuberculosis (TB) in the Free State, findings in a new report show. Refilwe Mochoari attended the launch of the report and asked the Free State Department of Health for its response.

Seven years after over 100 community health workers were arrested during a vigil at the provincial health department’s headquarters, Bophelo House, the struggles of community healthcare workers in the Free State continue as they are still calling for job security. Refilwe Mochoari reports. 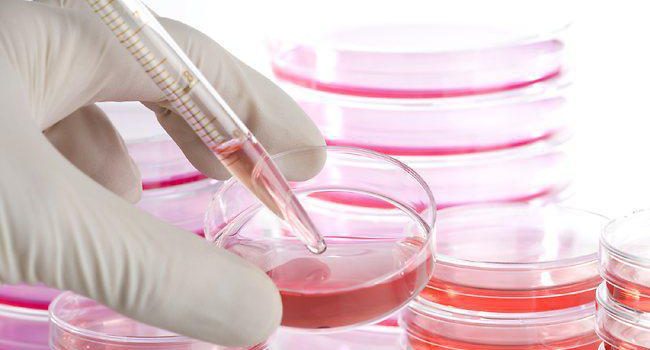 When the Khayelitsha branch of the Treatment Action Campaigned opened its doors in the early ‘90s there was no way of knowing what an integral role it’s members would play in fight for ARV access.