Failed by the system

Nombulelo Yose is the picture of good health. Her vitals are strong and, thanks to the support she receives at work, she’s come to terms with her HIV status. Nombulelo now works as a data capturer at Keiskamma Trust, a non-profit organisation based in Hamburg, about an hour’s drive from East London. But not so long ago, she and her husband experienced a great deal of suffering at the hands of the public health system in the Eastern Cape.

“I found out that I was HIV-positive when I was pregnant with my second child,” says Nombulelo. “But I was not started on antiretroviral therapy (ARVs) because they said my CD4 count was high.” Originally from King William’s Town, Nombulelo moved in with her husband’s family in Peddie shortly after she was diagnosed. “Just after my child’s first birthday, I took her home to King William’s Town so my family could meet her,” she says. “It was a Saturday when I received a call with the news that my husband was extremely ill and that I should return immediately.”

He was admitted to a hospital in Grahamstown and diagnosed with tuberculosis (TB) further complicated by HIV. Nombulelo rushed to his side and spent the next few days going back and forth to the hospital. She took the opportunity to retest and check her children as well. “They found that my CD4 count had gone down to 183 and I needed to be put on ARVs,” she says, emotion starting to overwhelm her. “When I tested the children, I found that my first-born child had HIV and had contracted TB from his father.”

The family returned to Peddie and started visiting the nearby clinic where they were started on a course of Bactrim to treat the TB. They were told that they could not be started on ARVs until that infection had cleared. “We found that the treatment was taking a long time to work,” she says. “My in-laws believe in witch doctors so they advised us to take medicines prepared by a witch doctor in East London. In a marriage sometimes you have no power to disagree with your new family, so we began taking those medicines. But I found that my husband became more and more ill.”

Desperate, Nombulelo called a friend who worked at Keiskamma Trust and told her that these traditional medicines were not working. Her friend spoke to one of the doctors at the hospice, a Dr Baker, who arranged for them to move into a ward and prescribed them ARVs.
Following tests, doctors at Keiskamma found that Nombulelo’s husband suffered from a gastric ulcer, which meant that they could not start him on ARVs until that was healed.

“The problem was that the medicine to treat his ulcer was not available in South Africa and had to be brought in from overseas,” says Nombulelo. “The cost of the medicine was over R20 000 and we didn’t have the money. My husband was the only breadwinner in the family; I depended solely on him because I didn’t have a job.” “Keiskamma Trust offered to buy the medicine for us but didn’t have the money either so they had to raise the funds for it,” she says. A few weeks later, a doctor from Keiskamma went overseas to purchase the medicine. In the interim, Dr Baker had applied for a disability grant for Nombulelo’s husband. But when they went to collect it, staff at the South African Social Security Agency (SASSA) pay-point refused to give them the money, saying that they didn’t need it because they we were being looked after by Keiskamma. “My husband was crying. He said Nolihle, my wife, I love you,” she says with tears streaming down her face. “That was the last thing he said to me.” Nombulelo woke the sister on duty and told her that her husband seemed delirious. They rushed him to Nompumelelo Hospital, arriving at about 4 am.

“I went to the sisters and asked for their help but they said that we should sit on the chairs and wait for the doctor who was only due to come in at 7 am,” explains Nombulelo. “Eventually, the nurses found a bed for my husband and I waited on the cold benches. At around 5:20 am, the sister came to tell me that my husband had died.”

Nombulelo’s story is a heartbreaking tale of how neglect at the hands of the nurses at Nompumelelo Hospital caused her suffering. She was fortunate to receive help from Keiskamma Trust, where she began working as a sweeper after her husband’s death. Soon, she was promoted to community health worker but found that the work took a toll on her mental health.

“I started having panic attacks but when they started I thought they were fits,” explains Nombulelo. “Even during home visits, I used just fall down.” Nombulelo was sent to Cecilia Makiwane Hospital for observation and diagnosed with depression as a result of not having dealt with the death of her husband. She was prescribed anti-depressants, which she took for six months. Now, Nombulelo is focused on remaining positive and taking care of her children who live with her mother in King William’s Town.

“I go home every month to take my treatment and see my children,” she says. “My oldest asks about his father and I tell him that his father died from AIDS, that both he and I have AIDS but we are going to be well. I started talking to him about HIV when he was eight years old because I want encourage him to continue to take his medicines.” Nombulelo is still baffled about how her son contracted HIV and is disillusioned about the level of care patients receive in the Eastern Cape health system. “When I was first tested they said I was HIV-negative but Dr Baker said that I might have tested in the window period, and something must have gone wrong,” she speculates. “A mistake must have been made during time I was giving birth because now my son is HIV-positive. I accept that I have HIV, but I don’t accept it for my child.”

For over 9 million learners across the country, school meals are a lifeline, but this came to a grinding halt during the hard COVID-19 lockdown period. As a result, many learners became dependent on soup kitchens and donations. In the fourth part of a six-part series on child hunger and nutrition, Kathryn Cleary speaks to learners about how they were affected and how some organisations are fighting for improvements.

In the spirit of mental health awareness month this October, Spotlight will publish a mental health special series in the coming weeks. This is what you can expect. 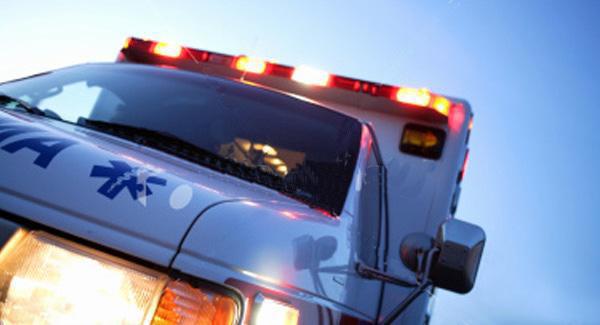