HIV testing: Has the wave broken?

April 2010, South Africa launched an ambitious HIV Counselling and Testing (HCT) campaign. Apart from some concerning reports of forced testing, the campaign was a success, testing over 10 million people by June 2011. After an impressive start, there are worrying signs that the campaign might be hitting some speed bumps.

The UNAIDS reports that 19 million of the 35 million people living with HIV globally are not aware of their HIV-positive status, with the majority of these being in Africa. Of those who know their HIV status, at least 90 percent are accessing treatment. In South Africa, statistical estimations show that more than 6 million people are living with HIV and that at least half of the people who are HIV-infected do not know their HIV status. It is therefore imperative that the momentum of the HCT programme be sustained in order to access and test the millions of people who may be living with HIV but are unaware of their status, so that they can be linked to care.

While there has been improved HIV testing coverage in South Africa as a result of the HCT programme, there are some concerns about the accuracy of the available data. According to the District Health Barometer, double counting may be occurring due to testing for confirmation of results that are positive. In addition, HIV testing coverage has only been introduced into the National Indicator Data Seta with routine data collection as recently as April 2013. The Western Cape has complete data on HIV testing coverage only for the last quarter of 2013/14, with evident gaps in the data for the past few years. Thus the accuracy of the data may be a cause of concern.

Recent HCT data from the Department of Health’s Annual Performance Plan suggests that the number of people tested for HIV in South Africa peaked in 2011 – first having increased significantly from 2008, and then declining after 2011 (Figure 1, below). As shown in this figure, the actual number of people tested falls way below the Annual Performance Plan (APP) and the National Strategic Plan (NSP)c targets. This is cause for concern as it flags a potential barrier, and calls for plans to be made to overcome this obstacle if these goals are to be met.

Don’t forget the test in “test and treat”
UNAIDS has recently set revised HIV targets for the world to meet by 2020, widely known as “90-90-90”. These targets aim for 90 percent of all people with HIV to be tested for HIV, 90 percent of those who test positive for HIV to receive antiretroviral treatment, and 90 percent of all people on treatment to achieve viral suppression or undetectable viral load counts. In addition to these ambitious targets, the landmark START trial showed that it is better for people living with HIV to start antiretroviral treatment earlier rather than delaying until their CD4 count drops. In order to get more people on to treatment earlier (while they are asymptomatic), more people would need to be tested. The first “90” is thus a good and sensible target, and probably the most critical as it determines the pace of achieving the subsequent “90s”. Following the release of the START findings, the World Health Organisation issued a statement that they will be issuing new guidelines and moving towards the “test and treat” approach whereby people are offered treatment as soon as they test positive.

A recent modelling study by Dr Leigh Johnson of the University of Cape Town suggests that South Africa is on course to meet the first “90” by 2020. However, Johnson’s study only took into account testing data until 2012 and does not account for the decline in testing rates noted after 2011. How large an impact this drop off would have on Johnson’s estimates is unclear. We suspect that for the first “90” to be reached in South Africa by 2020, the HCT campaign will have to be significantly re-energised at least to the 2011 levels. This will require significant political will and commitment from the Minister of Health, Dr Aaron Motsoaledi, and the Deputy President Cyril Ramaphosa, along with sufficient resource allocations to the HCT programme.

Innovative approaches
It is also apparent that innovative approaches will have to be incorporated into the HCT programme as we inch toward the 90 percent mark. These may include finding the best ways to provide HCT services to key populations that may be difficult to reach with normal interventions. Such key populations may include men, older people, men who have sex with men, adolescents and commercial sex workers. Various research studies have consistently shown that more women tend to access HCT services than men. In South Africa women aged 15 to 24 have the highest rate of new HIV infections and should be considered to be at most risk, and targeted for HCT. There is also a need to ensure access to regular testing for commercial sex workers. Couple HCT should be promoted as it increases access to earlier ART initiation and reaches more men.

Family counselling is another option, to identify children and adolescents in households who were not previously diagnosed. Other innovative approaches include pushing for the implementation of self-testing, testing for triage, and training lay providers to offer HIV testing services at a community level.

In summary, the HCT programme is the gateway into HIV care and prevention programmes. While significant progress has been made, with the programme, innovative and aggressive approaches are required to sustain the momentum that was generated pre-2011 in South Africa for the ambitious global HIV/AIDS targets to be achieved. 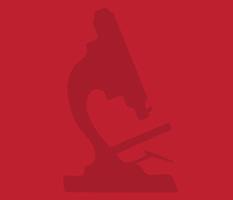 [caption id="attachment_3511" align="alignnone" width="520"] Image: Robert Hamblin[/caption] In April 2010, South Africa launched an ambitious HIV Counselling and Testing (HCT) campaign. Apart from some concerning reports of forced testing, the campaign was a success, testing over 10 million people by June 2011. After an impressive start, there are worrying signs… 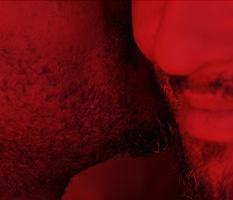