Nzuzu, is the operations manager at Piet Retief Hospital and on a daily basis his staff discover discarded medicines that patients enrolled for HIV treatment in their wellness centre are simply not taking, and dumping in hospital bins. Many of the containers are still in their boxes with their inserts, as they were issued.

Nzuzu flips through a book where he’s recorded the data around defaulting. The information in the entries is almost always identical.

‘People come to the clinic for their check-ups, they want to know what their CD4 count is and they go home with the medicines that they’re given, but many of them are not taking the medicines because they don’t feel physically ill.

‘They don’t understand, or the don’t believe, the information about the need to start the treatment early, or about things like drug resistance, or that when they give the virus a chance it means their bodies’ immune systems weaken, and they open themselves up to opportunistic infections, like TB,’ says Nzuzu.

Nzuzu says it’s a drain on resources if patients don’t understand their responsibility to take the medication as prescribed, and worse still when they dump medicines or sell them on, possibly to be used as street drugs – common in the province, he says.

“What the Piet Retief Hospital staff are finding in their bins adds another layer of complexity to the issue of defaulting and the district’s high HIV prevalence rates.“

While some are dumping or selling their medication, there are clinics in the district where stock outs are a real problem and patients sometimes are sent home without the right drugs because medicines aren’t received on time. Many patients don’t have the transport money to make an extra trip to clinics when they are told there aren’t medicines for them on their scheduled check-up days.

What the Piet Retief Hospital staff are finding in their bins adds another layer of complexity to the issue of defaulting and the district’s high HIV prevalence rates.

The high default rate is one of the reasons Nzuzu is unconvinced that the government’s proposal to implement a centralised chronic medicines dispensary (CCMD) service will have the desired outcomes.

‘It does seem like a good idea … it could help shorten queues in hospital and you can get the medicines to locations closer to people. But the reason why it won’t work is because people want to see their doctors for confidential check-ups with every visit, but they’re not interested in taking the medicines until they are really sick,’ he says.

Nzuzu says that among the 9 000 patients enrolled for ARV treatment in the hospital, they have, to date, identified only 12 patients who are good candidates for CCMD. These are the patients who stick to their meds, have fixed home addresses and the means to get to a CCMD collection point on pre-determined dates.

Nzuzu has a long wishlist for his hospital – from chairs for patients to sit on, to filling staff vacancies, and for organisational and infrastructural shake-ups that would get satellite clinics in the district operational.

He says with extra staff, he can start to establish better interventions to educate people about the dangers of defaulting, and to implement better monitoring programmes to pick up defaulting trends earlier. They will also be able to collaborate with the likes of local Treatment Action Campaign field officers to jointly tackle the problem.

‘Some days you arrive at work and you know you can’t work freely because there are so many things wrong. You know your patients deserve better care, it makes me feel like crying,’ he says.

She’s like the girlfriend who can answer all your crazy sex questions. She speaks her mind on issues, and she even has great tips on how to rock the season’s top make-up trends. ‘She’ is Amaqhawe, a magazine launched nearly two years ago, targeting sex workers in the Gert Sibande… 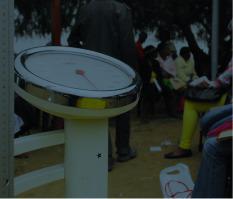 At first glance Piet Retief’s hospital looks like a facility that stands proud. It’s clean, modern and operational. It’s also strangely quiet – it’s the silence that reveals the problem. The hospital sees about 25 to 30 patients a day. Meanwhile, a few hundreds metres away where the crumbling old… 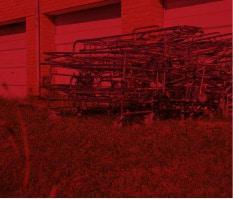