Imagine you have been on your feet for 29 hours, running from one emergency to another, now busy inserting a drain between a patient’s ribs and thick yellow pus from a tuberculosis empyema drains out. The patient coughs and it is sprayed all over you. You perhaps worry for an instant about how much of this you have inhaled, but then again, you are too tired to give it much thought. The only thing on your mind is your bed and the intense relief it would provide from your burning feet …

This was me, before I contracted multidrug-resistant tuberculosis (MDR-TB). I thought I was young and healthy, and immune to getting TB.

Drug-resistant tuberculosis (DR-TB) has changed the way we view this occupational disease. TB is the leading cause of death in the working class population of South Africa. Healthcare workers (HCWs) are three times more likely to contract TB (and five to six times for DR-TB) than the general population. If you’re an HCW living with HIV, the chances of contracting TB can be up to 20 times greater. Most sobering of all, up to a third of HCWs that contract DR-TB will die as a consequence.

Studies have shown that rigorous implementation of TB infection prevention and control practices (TB-IPC) are associated with a reduction of TB transmission to HCWs and to PLHIV (people living with HIV). In 2009, the World Health Organization (WHO) produced TB Infection Control guidelines that outline evidence-based, effective and affordable administrative and environmental infection control measures required to reduce the risk of TB transmission within hospitals.

Despite the documented risk and the recommended guidelines, implementation of TB-IPC at our healthcare facilities remains poor for multiple reasons, ranging from structural, financial and human resource limitations, to professional apathy, and most sinister and neglected of all, stigma.

During my years of training as a medical student we had very limited teaching, and we were not encouraged to protect ourselves from TB. Our senior doctors claimed it would not help to wear masks as we had all been infected with latent TB already (a dormant or ‘sleeping’ form of the disease), and we were supposedly ‘TB proof’ in any case.

“In an attempt to understand and eliminate mistaken and unfair beliefs an international campaign called Unmask Stigma was launched this year.”

A senior medical student observed that medical staff tend to be ‘uncomfortably relaxed’ about taking precautions against the disease: If one does wear an N95 mask you are glared at by nurses and doctors alike … Why do we knowingly expose ourselves and our colleagues to this deadly disease?’

False beliefs or blame-seeking attitudes stigmatise the disease, and explain why HCWs don’t protect themselves or talk about it when they fall ill. Like other patients, their struggles remain hidden.

In an attempt to understand and eliminate mistaken and unfair beliefs an international campaign called Unmask Stigma was launched this year. On World TB Day, groups across the globe wore masks as an act of solidarity with TB patients and their carers.

Healthcare facilities should be places of healing, not contagion, and it is imperative that medical staff and the population they serve are protected. This starts with an acknowledgement that TB could happen to anybody; it is nothing to be ashamed of. In fact, surviving TB, particularly DR-TB, is a feat of endurance worth celebrating. By supporting every individual that becomes ill with compassion and understanding, I believe we can win this battle against the white plague and create a TB, and stigma, free generation. 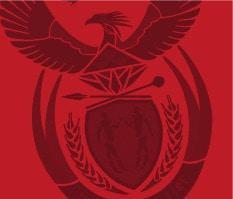 Bedaquiline and Delamanid are the first new drugs for TB treatment to receive approval from the United States and European authorities for more than 40 years. Both Delamanid and Bedaquiline have novel and different mechanisms of action, and there is no cross resistance with existing TB drugs. This is heartening… 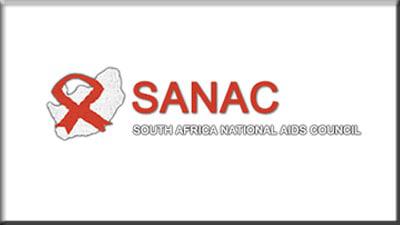