“Driving a fast car”; “getting the top three letters”; or “playing the lotto” – nearly 40 years from when HIV was first described, the virus is still a thing of euphemism and stigma. It’s also still infecting at least 4 000 people a day around the world, most of them young people.

Girls and young women aged 15 to 24 account for over 63% of new infections in sub-Saharan Africa. The UNAids July 2021 report translates this into the sobering reality that, in 2020, 4 200 women in this age group became infected every week in the region. Boys and young men, while being proportionately less affected, still account for an estimated 1.94 million people infected with HIV globally.

What these numbers add up to, is that even with a global decline in HIV incidence, the dream of an HIV-free generation, for now, remains out of reach. Trying to understand why efforts to protect young people from getting infected have not been more successful shows up a tight knot of failings, shortcomings, and inequalities.

‘A lot of stigma’

“Over the last couple of years we’ve got the messaging about HIV prevention, especially to young people, quite wrong even when we know in this demographic we are seeing about 1 200 new infections every week,” says Teboho Tenyane, the Gauteng provincial leader of the Treatment Action Campaign (TAC). “Young people are desensitised and there are still a lot of taboos, especially around HIV testing. People who test positive or when people think they’re positive also get those nicknames like fast car, or V3, or top three letters and there’s a lot of stigma,” Tenyane says.

“We need to get back to the basics of a school curriculum that supports comprehensive sexual and reproductive health rights and we need to push the ABC of Abstain, Be faithful or reduce the number of sex partners and condomise.” Tenyane himself is younger than 35.

His comments come in a year when school dropouts in South Africa have reached “crisis-level” with the deputy minister of basic education Dr Reginah Mhaule telling a sitting of the National Council of Provinces in November that around 200 000 children have not returned to school in 2020. Researchers who compiled the National Income Dynamics Study Coronavirus Rapid Mobile Survey (NIDS-CRAM) released in May 2021, say the real number is at least three times higher.

Tenyane says that the TAC has over the past two years of COVID-19 picked up that teens and young adults have been more likely to engage in risky sexual behaviour. “There is this attitude that no one knows what’s going to happen, so why not,” he says.

These comments appear to be backed up by the high child and teen pregnancy data that made headlines this spring in South Africa, with figures showing that in 2020 around 34 000 babies were born to teen mothers (aged 17 or younger).

Tenyane suggests joining the dots between bleak socio-economic prospects for young people and high youth unemployment to a tendency to engage in risky sexual behaviour. Poverty and a need to survive also drive transactional sex, often without protection. 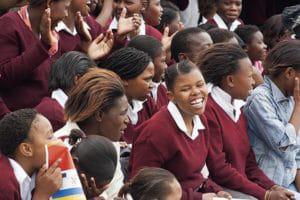 For someone like *G, who was born HIV positive in 1994 in Soweto, the burden of a potentially life-threatening condition weighs heavily on him. He is a so-called born-free but by the time he was six years old his mother died and a year later his father died, both from HIV-related complications. G was raised by his granny, who died this year.

He says he knew early on he was different. “I was part of a research project so I was given ARVs from 2000 already (ARVs for the general public were only made available in South Africa years later). At school, the teachers never punished me for not doing my homework, but other kids were punished. The other kids always thought that I would rat on them. It wasn’t nice.”

His granny explained his condition to him when he was 11 years old. He didn’t quite understand it then, he says, but realised it meant sometimes being left behind at home when his gran and younger sister, who is HIV negative, went to visit family. He’d be told it was because he had to take his medication.

“I felt very isolated – I had support inside my family but not from outside. I asked many times why this happened to me,” he says.

Later on, it was through support groups at the research facility that he learnt the right language and approach to explain his status to his sexual partners. But he says he still keeps his status to himself until he is ready. He is father of a one-year-old child and is separated from the mother of his son. Both of them are HIV negative.

“Conversations are still difficult with sexual partners, especially if people are uneducated about HIV. I also hate being sick because I panic that it’s something to do with the HIV. I worry a lot and end up in the clinic a lot,” he says.

G is unemployed, and he says clinic services in his neighbourhood have served him poorly. He says he has had his medicines changed without explanation and nurses refused to change him back to his usual regimen even after he got severely ill. He says he’s defaulted on treatment in the past because “he couldn’t trust the nurses”. For G, being a life-long HIV patient who depends on public healthcare remains its own terrible burden.

Professor Ayesha Kharsany of CAPRISA (Centre for the Aids Programme of Research in South Africa) says their research in a peri-urban community outside of Pietermaritzburg in KwaZulu-Natal have found that young girls acquire HIV between five to seven years earlier than their male counterparts.

“We see that in the 25-to 35 age group of men there’s a jump with infection rates rising exponentially,” she says.

Kharsany says this group has, however, fallen off as a focus area even as their research has shown that it is men in this age group who are having sex with school-aged girls and passing on the infection to them.

She says according to their latest published findings, “sexual debut is happening earlier and 30% of school-aged children are sexually active, but among the girls who had acquired HIV we could trace the HIV strain to men in the community who were in that 25 -35 age group.”

Kharsany says they also found that men in this group suffer the highest unemployment and at least half of the men surveyed had not completed high school.

“It means we also need to keep boys in school even as we focus on girls who are most at risk. We also need to promote interventions like medical male circumcision,” she says.

For Welisile Hlatswayo (28), HIV is something he can’t ever escape, and he doesn’t want another generation to find themselves where he is. He was also born with HIV and found abandoned in a dumpster near the Hillbrow police station. At three months old, he was taken to an orphanage in Soweto.

“I was very sick when I was small. I remember I was going in and out of Bara Hospital a lot,” he says.

He was started on treatment at the Wits PHRU (Perinatal HIV Research Unit) when he was three years old. Growing up, he says he hid taking medicine from the other children, kept himself apart from others in the orphanage, and that depression cast a long shadow on his life from his teenage years already.

In the past few years, he and two friends set up Tholulwazi Phakathi, an NGO, to help those born with HIV to find support and also to do awareness campaigns among young people to help them stay HIV negative.

“People today live too fast. They think ‘I’ll live for today and think about consequences tomorrow’. They also think that suicide is a way, out or infecting people is a way out. But at the same time, they don’t know how to protect themselves – like with PrEP (Pre-exposure prophylaxis). Problem is the people telling them about things like PrEP are older people who maybe also live in their communities, so they feel these people will judge them. That’s why I believe there should be young people who are professional but who understand them doing awareness and counselling,” he says. 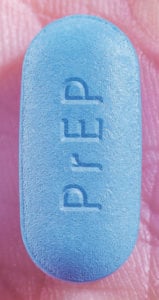 Information on and access to PrEP is also what public health and infectious disease expert Professor Francois Venter agrees is a good starting point to break the cycle of HIV infection. The divisional director of Ezintsha at Wits University, says that PrEP tablets should be made available at schools and clinics and anywhere where people access contraceptives.

He also argues that the ramping up of external ARV collections (not at clinics) for stable chronic patients is essential to ensure people do stay on their ARVs and can manage their treatment with ease.

Thirdly, Venter says that the healthcare system should be made more patient-oriented. “If government truly stands by batho pele principles of people first, then they would make sure clinics are open after hours or on weekends so that we can make patients’ clinic experiences better ones,” he says.

Venter says that understanding the complexity of what still makes people under the age of 35 the most vulnerable to HIV infection will take better research, data, and analysis – also hearing from communities and the youth. “We still don’t understand the more granular ways of how transmission is happening, and it means that we then don’t exactly know how we should be doing our messaging,” he adds.

*A representative of the TAC is quoted in this article. Spotlight is published by SECTION27 and the TAC but is editorially independent – an independence that the editors guard jealously. Spotlight is a member of the South African Press Council.

John Hlangeni was the first person known to have died of COVID-19 in the Free State. Refilwe Mekoa spoke to his family and found out more about how the dead are treated in Mangaung.

Many clinics in Limpopo are operating without the required number of staff needed to deliver quality healthcare services, according to a report from Ritshidze, a community healthcare monitoring project. Activists say these staff shortages contribute to long waiting times for patients and overworked staff – which can ultimately undermine the province’s HIV programme. 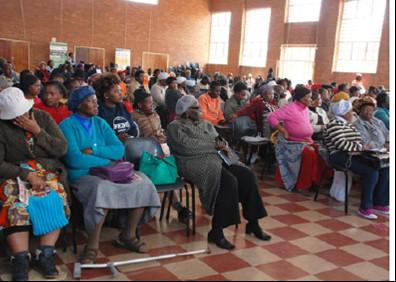