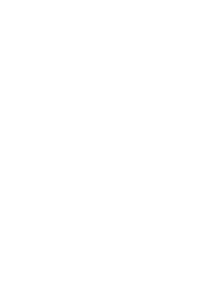 Health Barometer (DHB). The DHB provides a wealth of district, provincial and national level data on a wide variety of indicators. Below we have picked out eight interesting national-level findings. You can access the DHB 2016/2017 report and an associated data file by clicking here.

1. In 2016 only an estimated 72.8% of people in South Africa with diagnosed TB were started on TB treatment. The rate was slightly lower at 68% for people with TB resistant to rifampicin (one of the standard first line medicines to treat TB). The fact that around 27% of people with diagnosed TB do not start treatment timeously puts the health of these people at risk and makes it more likely that they will transmit TB in their communities.

2. According to current treatment guidelines almost all patients with both HIV and TB should be receiving antiretroviral therapy (ART). According to the DHB only 28% of people in this group received ART in 2011 (partly due to different treatment guidelines at the time). This number climbed rapidly to 90.8% in 2015 and then dropped to 88.3% in 2016. We do not know whether this drop from 2015 to 2016 is real or whether it is due to a statistical or reporting error.

3. According to the DHB the annual death rate for people with drug-resistant TB (DR-TB) is around 23%. The rate of loss to follow up is around 17% and only around 50.5% of people with DR-TB are successfully treated.

5. The percentage of total life years lost due to non-communicable diseases (NCDs) in South Africa has risen over the last four years from 34.5% to 38.2%. This provides further evidence of the growing threat of NCDs to people living in South Africa and to the country’s healthcare system and economy.

6. In 2016/2017 only 82.3% of infants received all the required immunisations in the first year of life. This was a substantial drop from the previous two years – something the report ascribes to both vaccine shortages and poor distribution.

“During 2016/17, immunisation coverage nationally was 82.3%, almost 10 percentage points lower than the national target of  92.0%. This  was a 6.9 percentage  point  reduction  from  the  immunisation  coverage  of  89.2%  reported  in   2015/16 and lowest during the last five years. Between 2012/13 and 2014/15 there has been a general upward trend, with  immunisation  coverage  increasing  from 83.6% in 2012/13 to 89.8% in 2014/15.  The  rate  then declined slightly between 2014/15 and 2015/16 but showed a huge drop in 2016/17. The main reasons that contributed to this decline were: the global  shortage of Hexavalent that lasted approximately nine months and was resolved at a national level in October 2016; in some  provinces and/or districts the available stock was distributed equally to different areas without considering the demands  and population targets, thus painting an extremely heterogeneous picture of coverage.” – DHB

7. In 2016 there was 18 119 stillbirths in South Africa. While there is a downward trend over the last three years, the DHB also reports a downward trend in live births – which suggests that the decrease in still births is at least in part due to a reduction in the overall birth rate.

The risk of developing severe or fatal COVID-19 is 30% greater in people living with HIV compared to those who are HIV negative, according to a new report from the World Health Organization. Comprised of data from 37 countries, including South Africa, the report suggests people living with HIV should be prioritised for vaccination. Laura Owings reports.

While global investment in TB research remains very low at around $726-million in 2016, South Africa does remarkably well on some measures of TB investment when compared to other countries.