Empty promises in the Eastern Cape

The Eastern Cape Health Crisis Action Coalition is a group of organisations and individuals working toward a common goal: The fulfillment of the right to health in a province in which that right has been effectively denied.

In September 2013, the NSP Review published a special edition titled Death and Dying in the Eastern Cape. The report exposed a broken healthcare system and gave voice to its victims. Its launch coincided with a mass march to the provincial Department of Health in Bhisho, at which the Coalition made a series of demands to the Department.

In response to Coalition demands, the provincial Department of Health had produced a document titled ‘Eastern Cape Health Systems Interventions’ and the Coalition had responded that the interventions were too few, too vague and fell short of what the Constitution required.

The Coalition also continued to pursue an urgent meeting with the Department as part of its effort to address the crisis. On 23 January 2014, after the meeting had been repeatedly delayed since mid-2013, the superintendentgeneral of the Eastern Cape Department of Health met with the Coalition in East London. At this meeting, the Department committed to providing the Coalition with a detailed response to its correspondence and a report on its progress in addressing the issues the Coalition had brought to its attention.

As of early June 2014, the Coalition had still not received any of this information.

The display of discontent channeled through the Coalition shook political players. Both national and provincial departments of health jumped to make commitments. Some of those commitments have been met. We have received reports about healthcare workers receiving their full salaries for the first time in years. In some areas, medicine stock outs seem to be less frequent.

Unfortunately, the Eastern Cape has a long history of quick fixes with little sustained impact and now, as in the past, there does not seem to be a serious commitment to fix the whole system. Until a comprehensive plan is implemented, widespread rights violations will remain the norm. We cannot allow this to continue.

The Coalition has allowed the Department more than ample time to implement the interventions it has committed to, as well as to table a real plan capable of addressing the crisis. The Department has not given any evidence that either of these things have been done.

Over the past few months, several members of the Coalition have focused research efforts around the right not to be denied emergency medical treatment and the ways in which it is being violated in the province. This research has revealed that the Department’s failure to provide planned patient transport and ambulance services leaves many people either stranded without access to healthcare, or forced to produce large sums of money from meagre incomes to fund transportation. These circumstances violate two important Constitutional rights: the right to access to healthcare services, and the right not to be denied emergency medical services.

On 20 May 2014, the South African Human Rights Commission wrote to the Coalition in regard to its investigation into a complaint about emergency medical services in the Eastern Cape asking for information. The Coalition’s detailed submission to the Commission drew from over 50 in-depth statements from healthcare users, workers and experts, which the Coalition had collected over several months of investigations. The submission explained the tragic consequences that the department’s failure to improve these services has for
people’s rights, health, financial security and lives. It contained harrowing accounts of mother’s losing sons and daughters, people left stranded in their most desperate moments of need and a broken system that leaves almost six million people in danger. The submission can lead to only one conclusion: the severity of the crisis in emergency medical services in the Eastern Cape requires urgent action. The next few months will tell if the Human Rights Commission will intervene.

The use of the BCG vaccine for an unproven indication is irresponsible and may deplete BCG stocks for young children, for whom it has been proven to be a lifesaving preventive tool against TB, argue a group of leading experts.

The National Strategic Plan (NSP) on HIV, sexually transmitted infections (STIs) and TB (2012-2016) addresses the drivers of HIV and TB epidemics, and builds on the achievements of the previous NSPs to achieve its goals. The plan has four strategic objectives: Addressing social and structural barriers to HIV, STI and… 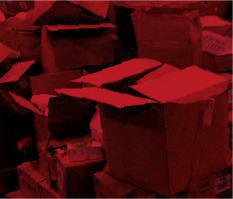