It’s one of the first cold autumn nights in Piet Retief and a soft drizzle has set in. A mobile clinic parked under the lonely glow of a parking lot floodlight next to a roadside truck-stop, is open for business. ‘Come in,’ says a voice from behind a curtain. Inside the converted bakkie are nursing sisters Thembi Mndluli and Selina Ngwenya. They’re on duty for the sex workers, truckers and the night shift workers running fast food joints and petrol stations dotted along the main drag, a short distance from the centre of town.

‘We see lots of sex workers and truck drivers. This is the route to and from Swaziland and to KZN and, the truth is, people are sexually active, so we have to be ready to help stop the spread of HIV in the province,’ says Sister Thembi, who’s worked in the mobile clinic since 2009 and has been a nurse for 35 years.

Sister Selina has been a nurse for five years. The mobile clinic is at this spot three times a week from 6pm till 9pm. Both say a mobile clinic operating at times and in a location that suit night shift workers goes a long way in being able to get the message out about condomising and about getting tested for HIV and STIs.

‘I can’t say that this mobile clinic has an effect on the HIV/Aids prevalence rate but we have to do our best, and we have to be here when the people are here. Many people like to come here, because there aren’t long queues at night.’ Says Sister Thembi.

“They hand out condoms, do HIV testing and counselling, treat STIs, hand out chronic medication and generally listen to people’s medical woes.”

‘I like working in the mobile clinic because you can talk to the patients, spend a bit more time with them. Many of them are regulars; they know we will always be here,’ she says.

‘We have never had problems here. Even though we are two sisters alone here, we don’t get threatened by anyone,” says Sister Thembi.

They hand out condoms, do HIV testing and counselling, treat STIs, hand out chronic medication and generally listen to people’s medical woes. They also keep a patient register and record basic details. On this autumn night they hand out medication for the common cold and some hormone replacement therapy, to the patients they see.

The sisters don’t dispense ARVs from the mobile clinic, however. Not keeping these medicines does leave them hamstrung, but they can’t take chances; ARVs are sometimes targeted for the use in street drugs in the province. They can only write a letter of referrals and urge patients to go to the hospital or clinics in town. The night the Treatment Action Campaign (TAC) visits, they have done just that – written a letter for a trucker who is HIV positive and needs medication. They know it’s not ideal that he had to leave the mobile clinic empty-handed. In the morning the trucker will be on the road again, there will be no time to stand in a hospital queue.

Gugu Dladla is seven months pregnant, and she and her partner are both HIV positive. Knowing their HIV positive statuses, their decision to have a child wasn’t taken lightly. But more than having to weigh up the pros and cons as a private decision, one of the toughest parts of… 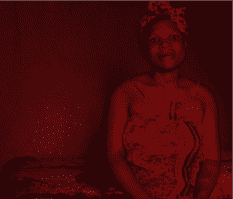 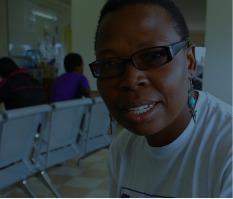 [caption id="attachment_2746" align="alignnone" width="570"] Pelu Hlatswayo and her mentally challenged grandson, S’busiso. Pelu’s pension barely keeps the family going, but bureaucracy and administrative hurdles means she can’t access a grant for her grandson.(Photo by Ufrieda Ho)[/caption] It’s gogos and social grant money that prop up many households in Khayelitsha township,… 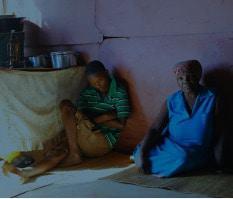