Dr Iqbal Master could be classified a TB veteran and for good reason. For 20 years and still going strong, Dr Master has been working at the coalface of the TB epidemic, and later the drug-resistant TB (DR-TB)
epidemic, in KwaZulu-Natal.

Long considered the epicentre of South Africa’s HIV epidemic, unsurprisingly KwaZulu-Natal is also one of the hotbeds of DR-TB, where huge numbers of HIV patients are co-infected with TB and increasingly with DR-TB – whether the multi-drug resistant (MDR) or extensively-drug-resistant (XDR) strains.

‘We are battling in KwaZulu-Natal,’ the bearded doctor says from his unassuming office on the first floor at what has always been known as King George V Hospital. The hospital underwent a name change in 2013 to King Dinuzulu Hospital Complex (KDHC) following revitalisation. Dr Master has no doubt that HIV is one of the drivers of the DR-TB epidemic in the coastal province. ‘HIV incidence is high in KwaZulu-Natal and with the arrival of the GeneXpert, there is no doubt that we are now finding a [DR-TB] problem that is out there,’ Dr Master added.

Dr Master is also forthright about the fact that he often feels overwhelmed. ‘We don’t have the hospital beds we need. We simply cannot cope with the patient numbers. A couple of years ago we tried to address this challenge by starting to treat many as outpatients, but with the advent of GeneXpert we are again being overwhelmed.’

The numbers drive the issue home: For years, all MDR-TB patients were admitted to hospital and this created long waiting lists for admission. In 2007 patients waited around four months for a bed and unsuprisingly many died as they waited in vain. KwaZulu-Natal as a province, faced with a crises began decentralising MDR-TB care from around March 2008. The national TB programme has been gradually moving to a policy of decentralisation from 2008 onwards. This essentially meant that those patients who were well enough to live at home could receive their treatment at primary healthcare level. At King Dinuzulu there are currently two streams of care for new patients. Complicated or ill patients, deemed unsuitable for outpatient care, are admitted to the 224 bed hospital. XDR-TB and ill patients are prioritised and most are kept for about six months or until they are smear or culture negative.

“The reality is that there will never be enough beds and with GeneXpert resulting in us finding more patients, it has again increased out waiting list.”

In early May the King Dinuzulu waiting lists revealed that there were around 80 patients awaiting beds, with the waiting period being around four to six weeks. New outpatients waiting to be initiated onto treatment were 85 and the wait was around five weeks. How many patients died on the waiting list? Master is unsure, but believes it is important for someone to mange the waiting lists on behalf of the hospital. This is currently done by doctors.

“The reality is that there will never be enough beds and with GeneXpert resulting in us finding more patients, it has again increased out waiting list,” said Dr Master.

A quick tour of the hospital shows some patients sitting aimlessly on their hospital beds, others who are clearly more seriously ill lie lifeless in their beds. Dr Master explains that even though they would like to, they don’t have the luxury of separating XDR-TB and MDR-TB patients. Those being treated for XDR-TB are kept in beds on one side of the ward.

The King Dinuzulu MDR-TB patient register shows that from January 2009 to December 2012 almost six out of 10 (59%) of patient were cured, 13% defaulted, 14% are still being treated (of which 2% had failed on treatment) and one in ten (10%) died. The XDR-TB outcomes between January 2009 and December 2010 reveals a slightly different outcome: A quarter (25%) had died, 35% were successfully treated, around 20% were still on treatment, 7% failed their treatment and 11% defaulted.

Further investigation of the figures showed that seven out of 10 (70%) of King George patients recorded in 2012 were HIV positive.

Top of Dr Master’s wish list is more staff, but this wish is unlikely to come true. For now the buzzword is decentralisation, however there are not enough decentralised MDR-TB units and clinics are unhappy to take on MDR-TB patients care when they are already overburdened and do not have ideal circumstances. Decentralisation will however not be of assistance for the ill patients. Master is acutely aware that there are not enough beds to admit sick patients to. District hospitals are often unwilling to accept acutely ill MDR-TB patients. He also believes that if the province manages to control the problem in Ethekwini, the impact on the province will be huge.

Another challenge is that patients are often diagnosed with a range of problems of which DR-TB is only one. However, a cancer or neurological condition can be ignored as the patient is immediately sent to a TB hospital where the capacity to treat the non-TB conditions are limited.

Asked if they are able to do contact tracing, Dr Master gives a wry smile. “Of course it is not optimal. You simply do not have the luxury of worrying about people who are not in front of you, you really don’t.”

There are some positives. According to Dr Master there has been a decrease in ordinary TB numbers and there is no doubt that the roll-out of antiretrovirals has been the main reason. “I think that eventually DR-TB will also get there, we can only hope that this is the peak of our crises,” said Dr Master. “In our province the situation is currently overwhelming. It is great to have a fancy test to diagnose MDR-TB, but we also need the capacity to handle its consequences and I think we can do it if we had the staff and the right infrastructure .” 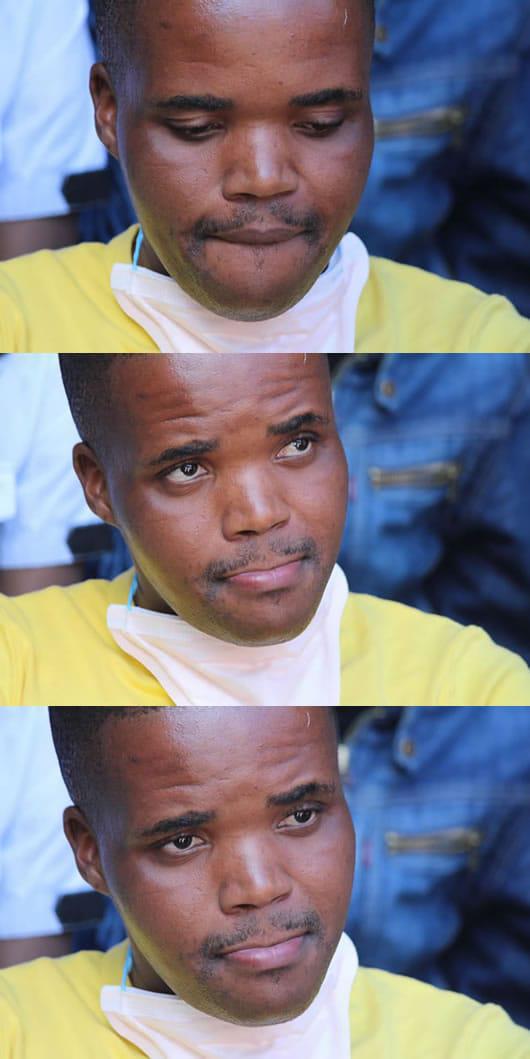 Tears fill Goodman Siyabonga Makanda’s eyes. It is a mix of sadness, anger and frustration. “I have asked this question over and over again: Why me? If I am going to die, why did God not take me in the first place? Why let me suffer for two years if I am going to die?”

Born in the Eastern Cape, Makanda has been living in Cape Town since 2002. He was diagnosed at a relatively young age with diabetes, most likely the reason his immune system became compromised, leading to his MDR-TB diagnosis in 2013.

Makanda says he has no classic TB symptoms, but had gone to his clinic after he was chronically tired. “My doctor found nothing, but when I went to the clinic they took a sputum. I went back for the results expecting to be
told I had pneumonia, instead I was told I had TB, but not normal TB, MDRTB. They started me on the tablets and injection the same day.”

Makanda took a three-month break from his security guard job and in January he was told that his TB was pre-extensively-drug-resistant (pre-XDR-TB).

“This was another shock for me, but lucky for me I was referred to Dr Jennifer (Hughes) and I am now on a better drug regimen also containing Bedaquiline and Linezolid.”

“My observation is that the world is really focused on HIV, but TB is getting no attention even though it has been with us so long. TB does not care if you are rich or poor, everyone is exposed.

“The stigma is hard. People are scared of you and ignore you, sometimes your family desert you and you have to make peace with the fact that you will die alone. Yes, the stress is eating me, but what would help is better treatment. Right now I just have to take all these pills and believe.

“On the outside I may appear to be strong, but if you open my heart you will see it is bleeding.”[/box]

Six years ago, almost to the day, Mark Heywood (then head of the AIDS Law Project) warned that, while squabbling over human rights and other issues around HIV, the country had allowed the TB epidemic to grow out of control. [caption id="attachment_2701" align="alignnone" width="780"] “Every day we woke up at… 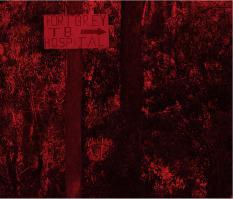