In this issue of the NSP Review we focus on young people and the NSP. We do this because statistics show us that children of schoolgoing age, young girls in particular, have a high vulnerability to HIV infection. Furthermore, alarming rates of teenage pregnancy show that many young people are sexually active – and that many of them are not heeding messages about practising safer sex or abstaining from sexual intercourse altogether.

The National Strategic Plan (NSP) for HIV, STIs and TB 2012-2016 and the South African National AIDS Council (SANAC) have prioritised young people as a key population to reach with effective HIV prevention programmes. But one of the weaknesses of the NSP is that it proposes too many ‘priorities’ and consequently lacks focus. We think a way to overcome this is for SANAC to select and lead a small number of school-based campaigns that can really make a difference.

We believe that SANAC and the government should take advantage of key policies now in place that would strengthen such campaigns. For example, the Department of Basic Education (DBE) has finalised its updated policy on HIV prevention in schools. And, in a joint effort, the Minister of Health and the DBE have launched the Integrated School Health Programme (ISHP), which we report on in this magazine. The other advantage of a school-based approach is that, as with workplaces, learners are a captive audience when they are at school. There are 24,365 schools in South Africa and each one has systems that make it possible to reach and teach learners about HIV, sexuality, and safe sexual relationships.

This is why we are calling for a schools campaign similar to the HIV Counselling and Testing (HCT) campaign; one with political commitment, resources and monitoring. The HCT campaign showed what results can be achieved when we focus our efforts and resources.

But for such a campaign to succeed SANAC and the government must end their hesitation about speaking out and implementing some of the critical interventions we need, in particular:

Condoms in schools: As we report in this issue the KwaZulu-Natal provincial government has taken the lead with this, but they must be followed by every other province. Adolescents are having sex. They have a right to safer sex. Providing condoms does not mean encouraging sex and it is not a standalone intervention. It must be accompanied by appropriate sex education

Clear sex and sexuality education: Sex and sexuality are biological and emotional facts for all of us. It starts with puberty. If we stay silent about the realities of our bodies, about dignity and diversity in sexual relations, then we run a greater risk of children being misinformed about sex, or even abused.

Sex education would also empower boys and girls to help bring an end to the sexual abuse of female learners by teachers and by other students. Such abuse often occurs because of silence and confusion about sex. Let’s speak out and punish sexual abuse in our schools.

If we could improve knowledge and power among school children we would make a difference to the HIV epidemic. The incidence of HIV would fall; but so too would teenage pregnancy, sexism and sexual abuse. In addition, we would create a generation of schoolchildren who are knowledgeable about HIV and who would carry this awareness into adulthood.

We therefore call on SANAC, the Department of Health and the DBE to convene a national planning meeting of school governing bodies, teaching unions and learner organisations to plan this campaign. 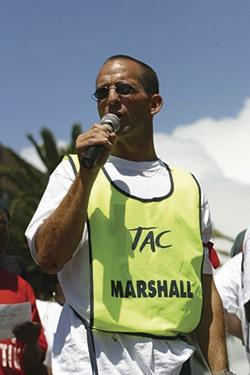 [caption id="attachment_1230" align="alignnone" width="567"] Photo courtesy of the WHO/Tom Pietras[/caption] Structural faults hamper justice for many victims of sexual abuse in schools SECTION27 and Lawyers Against Abuse are supporting children who have suffered sexual abuse by their teachers. Here, members of the SECTION27 legal team describe two students’ long struggle…

Almost nine months since the Commission on Gender Equality (CGE) released a damning report with dozens of women living with HIV’s testimonies about forced sterilisations allegedly performed on them in public health facilities, the Department of Health has now moved to implement the Commission’s recommendations. Nomfundo Xolo reports.

HIV medicines for children often taste bitter, pills are large, and for many children there is a lot of medication to take. This makes it hard to take treatment as prescribed. Tiyese Jeranji looks at the challenges with currently available HIV medicines for children, what innovations are in the pipeline, and how HIV treatment is being tailored to suit the needs of children.