Home Blog Latest COVID-19 in kids: What have we learnt one year later?
The number of COVID-19 infections in Free State schools are increasing. PHOTO: GCIS

COVID-19 in kids: What have we learnt one year later?

It has been over a year since the world saw the first confirmed case of COVID-19, yet the science behind the virus’ seemingly limited physical impact on children remains unclear. As South Africa sees a decline in a second wave of infections, schools are set to reopen next week, again leaving many parents, caregivers and children with questions.

Are children less infectious than adults?

“We actually do not know if children are less infectious,” says Dr Heather Jaspan, a specialist in paediatric immunology at the University of Cape Town. “They have generally much more virus (higher viral loads) in their nasopharynx [upper part of the throat behind the nose], but whether they are able to transmit more or less is not known.”

Jaspan says that while schools have been mostly closed, where they are open, there have not been many reports of transmissions from children. “There is also some evidence that within [families] transmissions are unlikely to be from children,” she adds. This potential low transmissibility, she says, could be due to children being largely asymptomatic, meaning that they create fewer droplets and aerosols which transmit the virus.

“Establishing a reason for why children are more resilient to acquiring and spreading the virus is elusive,” says Professor Haroon Saloojee, executive member of the South African Paediatric Association (SAPA). “The favoured explanations as to why the virus affects children differently relates to how children’s immune systems are different from adults.”

Can my child get vaccinated?

Vaccination in children and children’s immune response to SARS-CoV-2 is still largely under-researched, which is partly why no vaccine is currently available for children under the age of 18 (the Moderna vaccine), or in some cases, 16 (the Pfizer vaccine).

“Vaccines are not being offered to children for two main reasons. Firstly, because of limited vaccine supplies, children have not been prioritised. That’s because they are at much lower risk of dying or getting severely ill from COVID-19 than adults. However, even if the vaccine was available, it is not approved for use in children because it has not been tested in children,” explains Saloojee.

COVID-19 vaccine trials involving children are undergoing what is called an age de-escalation process, he says. “They are only testing vaccine safety and immunogenicity – or the vaccine’s ability to trigger an immune response – and not the efficacy (whether it prevents disease. That’s simpler to do than full trials. Older children are being tested first.”

“Pfizer has enrolled more than 2 000 children aged 12 to 15 for its trial, while Moderna is studying 3 000 12 to 17-year-olds,” says Saloojee. “If successful, it will be followed by another round of testing, down to nine-year-old children. The current adolescent trials are using the same vaccine, dose and interval as used in adults. Studies in younger children and infants may identify a need for lower vaccine doses or different reactions.”

Why do children hardly seem to get sick?

Reports of severe COVID-19 disease in children are few, but it is not entirely clear why, says Jaspan. “Kids are very unlikely to get sick. It could be due to the amount of viral receptor [ACE-2] availability in the nasopharynx which is lower in children.” They also have fewer comorbidities, she says, which puts people at risk for more severe disease. “It also may be because children may have been more recently infected with other coronaviruses that cause the common cold, and therefore [they] have cross-reactive immunity. But, we don’t know for sure, and this is an active area of research.”

Saloojee says that these common cold coronaviruses share some similarities to COVID-19, so children who have been exposed to them could have some immunity to COVID-19, but again, this is only a hypothesis.

Immunity in children versus adults

According to Jaspan, some differences between immunity in children and adults may stem from the innate inflammatory responses to the virus, which causes much of the severe disease in adults, as well as Multi-system Inflammatory Syndrome in Children (MIS-C) in adolescents.

These innate inflammatory responses include monocytes (cells that alert our bodies to infection) and macrophages (these are previously monocytes which become macrophages once recruited to certain tissues of the body to destroy harmful bacteria or organisms).

Jaspan says that some data suggests that innate antiviral responses in children, including what are called Type I Interferons, may be more rapid or effective compared to adults. Type I Interferons play a role in both innate and adaptive immunity, in other words, the body’s natural or initial immune response to any infection, as opposed to an antigen-specific immune response.

“Children have a distinct immune response to SARS-CoV-2 compared to adults,” says Saloojee. “Their immunity is more adaptable to new viruses. They mount a more effective protective action against the virus and the response causes less immune-mediated tissue damage, particularly in the lung, which is what is so damaging in adults.”

Impact on mental health and nutrition

Apart from the virus’ direct impact on children’s bodies, there are also concerns about the pandemic’s impact on their mental health and nutrition. “Overall, the research demonstrates that COVID-19 is affecting the mental health of children and adolescents and that depression and anxiety are prevalent. Additional research is needed, however, to assess the short- and long-term effects of COVID-19 on children’s overall mental health,” says Saloojee.

The closure of schools has also had a profound impact not only on the education of children, but on their mental health and nutrition. A statement released by SAPA at the beginning of the month calls for children to return to school as soon as it is safe to do so. “The role of schools in promoting community transmission of the virus is not firmly established, but in most settings schools have contributed minimally to community transmission,” it states. SAPA supports the continued use of non-pharmaceutical interventions (mask wearing, hand hygiene and physical distancing) and calls for teachers to be prioritised for vaccination.

Previously Spotlight reported extensively on the pandemic and lockdown’s impact on the nutritional status of children, as well as early results from the National Income Dynamics Study – Coronavirus Rapid Model Survey (NIDS-CRAM) which highlighted an increase in hunger both among children and in households since the hard lockdown last year. The results from the third wave of NIDS-CRAM are set to be released on 17 February, and the much-anticipated 2020 Child Gauge focussing on food and nutrition security, published by the University of Cape Town’s Children’s Institute, on 18 February.

The Children’s Institute’s much-anticipated annual Child Gauge report was launched earlier this week and puts the state of children’s rights in focus while highlighting the need for a number of key interventions. 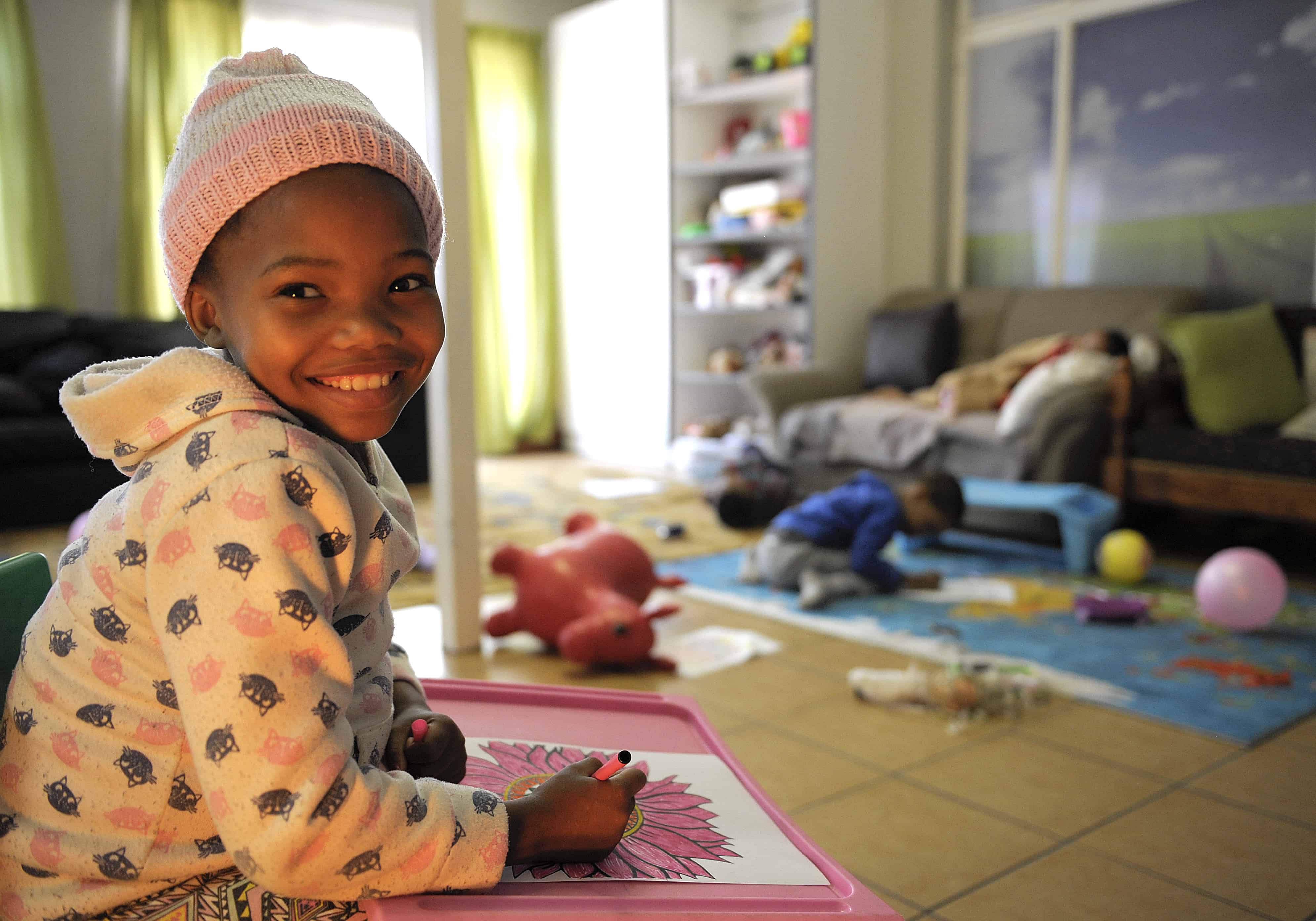 Over 30% of those living in South Africa have experienced a depressive, anxiety, or substance use disorder in their lifetime, according to a national survey. Yet studies show only 15% of those with mental health conditions receive treatment. Laura Owings explores what role community healthcare workers can play in addressing this lack of access to care.

Alarming statistics put KwaZulu-Natal at the forefront of South Africa’s child hunger crisis, with around two to four times the reported levels in other provinces. Spotlight visited one of the province’s most rural districts to find the children at the heart of these numbers and the organisations making a difference.

One Response to “COVID-19 in kids: What have we learnt one year later?”