COVID-19: Sex workers say they struggle to access contraception, abortion and other services

On 18 May, a coalition of activist organisations sent a letter to President Cyril Ramaphosa warning that the COVID-19 pandemic and South Africa’s national lockdown will further “erode the dignity, security and human rights of many queer persons and sex workers”.

In the context of access to sexual and reproductive health services for women and these vulnerable groups, it now seems the warning was not without merit.

Spotlight previously reported on the number of requests Section27 received for assistance from the public in accessing SRHR services with many reporting that some facilities are refusing to provide these services on the basis that they are not emergency services.

One nurse who is a trainer and abortion service provider in Cape Town, Sr Judiac Ranape, said with lockdown, sexual and reproductive health services and related programmes “came to a standstill”.

Ranape was a panelist in a webinar on sexual and reproductive justice hosted recently by the COVID-19 People’s Coalition, a group of civil society organisations. The webinar also included Dudu Dlamini from Sex Workers Education and Advocacy Taskforce (SWEAT) and Mothers for the Future, Sharon Cox from the Triangle Project, and Kgaladi Mphahlele from Doctors Without Borders.

When lockdown started in March, people were told to stay at home and if you are not an essential worker, to only leave your home for essentials and emergency medical care. “A huge challenge for us was the messaging that people should stay at home,” Ranape said. “It was such a damaging message as women were turned away at health facilities at the gate. If people didn’t know someone in the system, it was difficult to access services. The department was overloaded with COVID-19 cases and only around April they noticed that child health and maternal care services had dropped. Then they realised people needed to come in for contraceptives and maternal care.”

*Zaza from Khayelitsha tells Spotlight she is HIV positive and on ARV treatment. Zaza is a black woman. She is also a lesbian that earns a living as a sex worker.

She tells Spotlight since the beginning of the lockdown it has been an uphill battle, especially to get her medication and contraceptives.

“As we speak, I was supposed to get my HIV medication last week. I get it through TB and HIV Care, but I couldn’t get because the mobile clinic is closed. Someone tested positive for COVID-19 and they told us they have to close and they don’t know when they will open. Now I’m sitting without my medication and I don’t know when I will get it,” she says.

“When I go fetch my medication, I also get my injection for contraception. I couldn’t do it and I suspect the injection finished in my body and I started menstruating. I have been menstruating for about three weeks non-stop. I’m running out of pads, I will have to use cloths,” she says.

“I can’t afford going to the doctor because I don’t have money. And our local clinic is also closed because of COVID cases,” she says.

“Other healthcare issues must be a priority but now it seems the only thing that matters is COVID,” Zaza says.

Alison Best, communications manager at TB/HIV Care Association, says they were unable to render some of their services due to a protest that left Desmond Tutu Hall in Khayelitsha damaged but they have been trying to contact everyone to arrange drop-offs.  According to the City of Cape Town the “hall was in the process of being retrofitted as an overflow facility for a number of clinics in the area so that residents could access healthcare services in a safe manner with a reduced risk of COVID-19 exposure”.

During the webinar, Dlamini said the pandemic made it very difficult for sex workers to continue with their work as most feared to be infected with the virus and their clients were also scared of contracting the virus.

This meant no income during lockdown.

“It has been a struggle, says Zaza. “There are no clients as everyone is adhering to lockdown regulations. I couldn’t pay my rent. I couldn’t even buy groceries.”

Zaza tells Spotlight she stopped collecting her medication from her local clinic a long time ago.

“You know as a black lesbian and sex worker it is not easy. Just to get health care services is a struggle. I’m a butch lesbian and when I have an STI (Sexually Transmitted Infection) I can’t even go to my clinic. I got tired of being judged and the stigma is too much. For us working, it is easy to get STIs. Week after week we are always at the clinic and the nurses will shout at us and say we are bringing STIs to the facility,” she says. “I stopped going to the clinic. I would rather stay at home until I heal or go to the chemist and buy something than to be judged and called names. It is not easy at all. What’s even worse at the clinics, is that when you get there, for example, they call your name and say go to room 20. People already know that room 20 is for those with STIs or HIV, so it is not easy to go to the clinic because people will know you and know why you’re there,” she says.

A disaster for sex workers

“They couldn’t fetch their medication, some didn’t have transport money to go to health facilities, and the system was too full with COVID-19 related issues and other medical needs [were] pushed aside. Others found themselves pregnant, and it led to a lot of frustrations because they couldn’t terminate. COVID-19 has been a disaster for sex workers and government didn’t put in place measures to include sex workers,” she says.

Sexual and reproductive health services are deemed essential under the regulations but government did not respond to sex workers’ earlier call for measures to protect and support them during the pandemic. Spotlight could not find anything on record said publicly on issues affecting sex workers specifically during the pandemic. Attempts to get comment from government was unsuccessful.

Dlamini said they are now collecting information on the sex workers’ experiences during COVID-19. “Their stories are disturbing. They are struggling and there is not even mental healthcare for them,” she says.

“Sex workers are mothers, sex workers are bread winners, and most of them are not in their hometowns. They are renting, but there was no form of relief for them to be able to put food on the table for the people that depend on them. Some have been kicked out by landlords, there is no food and some of the sex workers were pregnant and couldn’t access health facilities due to limited movement,” Dlamini said.

According to Sharon Cox, health and support services manager at Triangle Project, no one  could have anticipated the impact of COVID-19, especially on the LGBTQI+ community that her organisation serves.

“There was a massive demand [for] our services, especially nutrition as well as counselling and medical intervention. It was difficult. People were locked down with homophobic and transphobic relatives. We had to remove people to emergency shelters. Substance abuse is also problematic,” she said.

Cox said conventional places of support, like churches who often step in to help communities, are not all available to sex workers and the LGBTQI+ community. [Those] conventional structures of support are nonexistent.” She said Triangle Project has so far supported the LGBTQI+ community through partnerships with civil society organisations such as MSF, the department of health and community care workers.

Kgaladi Mphahlele, who is a termination of pregnancy and family planning manager from Rustenburg, said health facilities regarded abortion as an elective procedure, meaning some facilities opted not to provide this service. In an attempt to curb transmission of COVID-19, many health facilities down-scaled services to control the number of people showing up for medical help.

“It (abortions) was stopped. Abortion was pushed to the side as it was considered an elective procedure and many appointments [were] cancelled,” he said.

“In the past month or so about 40 women (in the Rustenberg/Bojanala District) needed second trimester abortions to be done. Myself and other doctors worked tirelessly to help the women,” he says, adding that with social distancing at facilities they had to limit numbers to 20 procedures with about 15 people for first trimester abortion and about five for second trimester a day.

“The numbers of people we see have dropped. Now we are doing about six procedures a day. There is a backlog of people who need services. Now people come to the facility expecting to have the abortion the same day, but it can’t be done. We are even booking abortions as late as the second week in September,” he explained. “We are trying to implement self-managed abortion up to 12 weeks, but these are still ongoing talks with the department of health.”

Another sex worker, *Nokwanda, tells Spotlight during lockdown it is difficult to get contraceptives but the most challenging thing as a sex worker, was getting an abortion.

“An injection (as contraceptive) is always the first option because a condom can’t be trusted. It can burst anytime because we meet different kinds of clients,” she explains.

“Getting an abortion for a sex worker has always been a challenge even way before lockdown. Someone goes to the clinic to terminate, and you’re told [to] come back in two weeks. You go back [then] they tell you, you’re now too far into the pregnancy to abort. We can’t wait and this has resulted in a lot of sex workers using backdoor abortion,” she says.

“Many are sitting at home pregnant, and nowhere to go. Sex workers always need contraceptives, but now there is nothing, which is a huge risk because many will end up with babies they don’t want,” she says.

*Both sex workers participated in SWEAT’s ongoing survey on the experiences of sex workers during lockdown. They did not want to be identified.

By last week 1 010 public sector healthcare workers in the Western Cape had tested positive for SARS-CoV-2. Of these six had passed away of COVID-19. Anncha Kepkey, a nurse at Tygerberg Hospital, is among those who died. Biénne Huisman spoke to her husband about who Anncha was and what happened in the last days of her life.

South Africa does not currently register medical devices. So what does it mean when the regulator announces that a new COVID-19 test or ventilator has been authorised? Catherine Tomlinson unpacks what is required to market a medical device in South Africa. 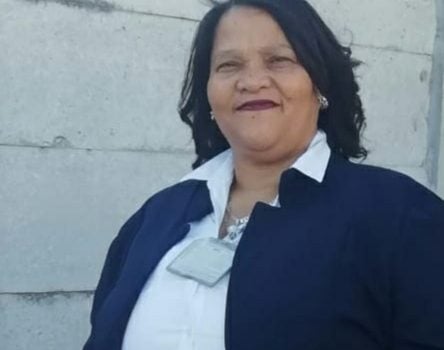