Hundreds of cancer patients have missed out on treatment for at least two weeks after an April fire shuttered oncology services at Charlotte Maxeke Johannesburg Academic Hospital. The Gauteng health department has warned that radiation treatment lists are only likely to grow and activists say a backlog in cases may threaten to overload an already stretched system.

“I think we go this way,” her partner, Warren Potter, calls from behind her. He points to a silver sign hanging high above a row of socially distanced plastic blue chairs lined against one wall.

Blowers is only half listening as she scans the walls for directions to the front desk at Chris Hani Baragwanath Academic Hospital. She’s distracted —- and anxious.

Blowers was diagnosed with aggressive breast cancer in early February and was scheduled to start chemotherapy at Charlotte Maxeke on 23 April. But just days before her appointment, a fire damaged Charlotte Maxeke’s radiation clinic and chemotherapy preparation facilities.

And by the time of the fire, the lump in Blower’s breast had doubled in size.

Blowers is now one of at least 750 former Charlotte Maxeke cancer patients that Breast Health Foundation CEO Louise Turner estimates went without cancer treatment for at least three weeks after the fire. In addition, many newly diagnosed patients have spent weeks without being referred for care, she says. The Helen Joseph Hospital Breast Clinic, for example, could not refer any newly diagnosed patients for care as of late last week.

“That first chemotherapy session was going to help alleviate my pain and take down the inflammation,” Blowers says. “I was actually looking forward to it.”

Unsure what the fire initially meant for her chemotherapy, Blowers phoned the hospital, the health department, and a dedicated provincial hotline to no avail, she says. But in early May, the Helen Joseph Breast Clinic — where Blowers was first diagnosed — rang her to let her know

Chris Hani Baragwanath Hospital would see Charlotte Maxeke chemo patients for treatment on 7 May — three weeks after the fire.

Today, at Chris Hani Baragwanath, Blowers is hoping she can finally start chemotherapy but so are at least a dozen other former Charlotte Maxeke patients who have missed appointments.

Word that cancer treatment has started again has spread fast among patients on WhatsApp groups and on Facebook. “I’ve been told I am in for a rough day,” she says. She spots a sign for the hospital’s administration department and heads off down another hallway.

Prior to the fire, Charlotte Maxeke Hospital treated 4 700 regular cancer patients monthly and started another 300 on treatment each month, according to the Gauteng health department. The department admits cancer care for Charlotte Maxeke patients was disrupted for two weeks while structural damage to the hospital prevented healthcare workers from accessing patient files. The department says although chemotherapy is now getting back on track via services offered at Chris Hani Baragwanath Hospital, radiation waiting lists will grow.

Head of the Cancer Alliance Salomé Meyer points out, however. that the Soweto hospital does not typically provide the kind of radiation therapy needed to cure cancers. Instead, its treatments are geared towards helping patients manage pain.

Four radiation machines at Charlotte Maxeke remain offline although the department says no equipment was damaged in the blaze. Long waiting times for radiation have prompted some patients to travel to other provinces to seek care.

Turner warns that mounting patient backlogs could lead an already overstretched system to “implode” as treatment delays now could result in relapses for some patients later, adding to the numbers of people in need of care.

Breast cancer is the most commonly diagnosed cancer among women in South Africa, according to the country’s cancer registry. With poor access to early screenings, many women are diagnosed late, says head of the Helen Joseph Breast Clinic Dr Carol Benn. Most of Benn’s patients will eventually need radiation — like Sharlene Hartley-van Boven.

Like Blowers, 39-year-old Hartley-van Boven also has an aggressive form of breast cancer. She has already undergone chemotherapy and surgery for her cancer and needed to start radiation at Charlotte Maxeke before the fire.

READ: As #CharlotteMaxeke Hospital missed its date to reopen this month after a fire in April, there are concerns that the fire is just another indication of a @GautengHealth dept and fire service in crisis. @SECTION27news @CityofJoburgZA @Ufrieda https://t.co/Qoqr12r3R0

After the blaze, Hartley-van Boven’s treatment seemed to be in limbo.

“It’s been a complete mess. You don’t get any calls from the hospital and you don’t know where to go,” she says. “Some of the people that we eventually got hold of said, Yeah, you can expect a three-year delay now because everybody’s been moved out of there [Charlotte Maxeke].”

After discussing the situation with her doctor at the Helen Joseph Breast Clinic, Hartley-van Boven says she decided to leave her husband in Gauteng and move back home with her family in Cefani Mouth just outside of East London. There, she could access oncology services at Frere Hospital.

After arriving last weekend, Hartley-van Boven says she saw an oncologist at the Eastern Cape hospital within the week.

“The oncologist here was saying that I needed the radiation within six weeks of my surgery — it’s been five months,” she says, struggling to hold back tears. “He was trying to keep a straight face but I could see it on his face — it wasn’t good,” she says, bursting into tears. “At least at Frere, they treat you like you’re a person… it’s made such a difference.”

A new decade, a new crisis

Turner says the province still has not recovered from disruptions. “I can give you patients from 2019 who are still waiting for radiation… and there are enough private radiation facilities in Gauteng to catch this backlog up in a couple of months,” she says.

Meyer says any public-private partnership between government and a private hospital group should be transparently awarded and priced. Meanwhile, the Cancer Alliance has also suggested creating a specialised breast cancer treatment unit at Helen Joseph Hospital and — in the far future — renovating the old Hillbrow Hospital to become a standalone cancer centre.

Benn says keeping cancer treatment overly centralised to a few hospitals can make care difficult to reach for patients and vulnerable to interruptions such as fires and other emergencies.

Meanwhile, back at Chris Hani Baragwanath, it’s been nearly three hours since Jennifer Blowers arrived hopeful to start chemotherapy almost four months after she was diagnosed with fast-growing breast cancer. With a new patient file in hand, she can finally rejoin the queue upstairs to see a doctor.

“Please God, please God,” she says almost half to herself. By 10 am, she’s had her blood pressure taken and is seated with a row of patients waiting to be seen by a doctor. She is number 42 in the queue. Slowly, everyone else seems to be called for treatment.

Blowers texts her partner Warren Potter in the waiting room. She says she’s asked a nurse for information but is simply told to wait. At 11:27, she texts Potter saying that a doctor has walked by and told her she won’t get treatment. “He just said, ‘You’re not getting chemo today. I’ll come back and explain why,’” she writes.

Later she says that when the doctor returned, he explained that — with the delay caused by the fire — Blower’s last scan is too old. No scan, no treatment. She’ll have to wait another week. She’s near to tears.

“To me, it’s like we should have been here yesterday. It shouldn’t have taken days and days,” says Potter, as the two head back downstairs. “The struggle she is having at home is incredible — nausea, pain like you wouldn’t believe and we haven’t even started the chemotherapy yet.”

Shortages of doctors and nurses at hospitals in the Eastern Cape is a well-known systemic issue that creates serious challenges for access to quality healthcare. Attempts to access information on how the Provincial Department of Health is addressing or will address this have been unsuccessful, making it hard to hold the department accountable, writes Sibusisiwe Ndlela. The head of the South African arm of a key COVID-19 vaccine clinical trial is “full of pride” for the teams’ part in the research which has shown the vaccine candidate to be more than 90% effective according to early findings released this week. It however remains unclear whether the vaccine will be available in South Africa once registered. Adele Baleta reports.

Marcus Low – Last month the annual Union World Conference on Lung Health was held in Liverpool, United Kingdom. As always at this conferences, much was said about how the world needs to step up the fight against tuberculosis (TB) – about how we need new agendas and paradigm shifts. 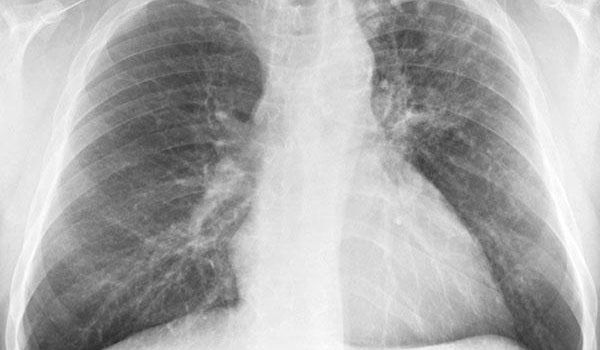 If these public hearings on the NHI Bill is democracy in action – we are in trouble, writes Alicestine October.

The South African National Institute for Communicable Diseases on Tuesday declared multi-system inflammatory syndrome in children (MIS-C) a Notifiable Medical Condition. Elna Schütz spoke with doctors who have been treating this rare and dangerous condition.