Children shoulder approximately 12% of the global TB burden, and this proportion is likely higher in high TB burden countries. In South Africa, up to 30 000 children develop TB each year, but, says Dr Megan Palmer, medical director of the Desmond Tutu TB Centre PK Unit at Brooklyn Chest Hospital, “children have traditionally been neglected in TB research because of the perception that they are not drivers of the TB epidemic”.

Spotlight spoke to Palmer after a webinar exploring approaches to improve TB detection and treatment outcomes in children. The webinar was part of the virtual 51st Union Conference on Lung health.

“Children are responsible for 16% of global TB mortality, but 12% of the TB disease burden,” she says. “This means children carry a disproportionate percentage of the mortality compared to adults-this is likely due to issues around poorer access to diagnosis and treatment. There is a huge gap between the modelled numbers of paediatric TB cases and the actual numbers of paediatric TB cases that are treated, which highlights that there are thousands of children with TB who never access care,” Palmer says.

She stresses that TB in children is different to TB in adults and it is important that clinical research is undertaken that is relevant to children and improve their access to diagnosis and treatment. But, she says, doing research on TB in children is often seen to be more challenging than in adults. “Children with TB have often been neglected in global TB control programmes and in clinical research.

During the recent conference on lung health, however, there was some good news when findings from the SHINE study showed TB treatment can be shortened from six to four months in 80% of children, which suggests treatment time can be cut by a third for most children with TB. The World Health Organization and the South African Department of Health has however not yet recommended the four-month treatment, although it seems likely they will do so in time.

While the four-month treatment is for ‘normal’ drug-sensitive TB, progress is also being made with drug resistant TB (DR-TB – TB that is resistant to two of the most commonly used TB medicines).

“Big strides have been made to improve DR-TB treatment regimens over the last 15 years. Treatment regimens have been shortened to nine months (from 18 months). Many children who previously received daily injections as part of their treatment can now receive oral treatment only,” she says. This means that these children, who may previously have needed hospitalisation to complete treatment, can now be treated at home.

“Shorter treatment regimens will potentially improve adherence resulting in better treatment outcomes; families will need to spend less time and resources accessing clinics and pharmacies. Shorter treatment will also be more cost effective for health systems which are already under-resourced in settings like South Africa, with a high burden of TB,” Palmer says. 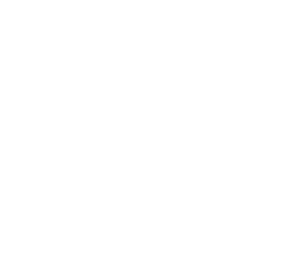 Palmer says children with TB who are diagnosed early and who start TB treatment promptly have very good outcomes, often better than adults.

However, there are challenges.

According to her, the challenges facing TB in children are around diagnosis and access to appropriate treatment. TB in children is diagnosed by a combination of the presence of signs and symptoms (such as cough, fever, poor growth), chest x-ray changes and the results of TB tests conducted on respiratory specimens (sputum).

“However, symptoms and signs are non-specific,” Palmer says, “and there is overlap with other common childhood illnesses, access to chest x-rays is not universal and chest x-ray changes are also not always specific to TB and collecting respiratory specimens (sputum) from children is difficult as they cannot produce sputum spontaneously.”

Palmer says health care workers also need equipment and training to collect sputum from young children, which presents its own set of challenges. Children often find it extremely hard to cough up sputum.

“Even when sputum samples are sent, the TB organism is found in the specimen far less frequently than it is found in adults and the best test that we have on the sputum (the TB culture tests) takes several weeks to return a result,” she says.

There are actually several types of TB tests that you can do on the sputum sample, she explains. “Some give a result in a few days (smear and GeneXpert) and some give a result in a few weeks (culture). This is the best chance of actually finding the TB organism, which confirms the diagnosis with far more certainty,” she says. “It can also give information about drug resistance so that you can decide whether the child has drug sensitive TB or drug resistant TB.”

Palmer explains that a laboratory is needed (or a GeneXpert machine), that you need to return to the clinic for the result (the result is not on the same day) and that, even when these samples are collected and sent to the lab, the best test (TB ‘culture’ test) will only be positive in less than half of the children with TB. “This is because children have less TB organisms in their bodies than adults do, making it more difficult to find.”

Another way of detecting TB is through the assessment of chest x-rays (CXR).

“The chest x-ray is a key investigation in paediatric TB. With this method, you can see the TB lesion on the CXR in some cases and then the diagnosis can be made. You can also see how severe the TB is, which can help with deciding which treatment to give. However, chest x-rays are not available everywhere. You need infrastructure and resources and you need training to interpret the chest x-ray as TB is not always easily seen on the chest x-ray,” says Palmer.

Earlier in October, Dr Lindiwe Mvusi from the National Department of Health at the same conference shared some important top-line insights from South Africa’s long awaited National TB Prevalence Survey. Touching on chest x-rays, she said the survey found more cases through chest x-rays than symptom screening, which means South Africa will have to revise its diagnostic algorithm to include x-rays, she said. The survey that was previously set to be released on 26 October was postponed. Spotlight’s attempts to obtain the survey findings through a request made in terms of the Protection of Access to Information Act has so far been unsuccessful.

Meanwhile, there are some countries that using innovative ways for easier diagnosis in children such as diagnostic face masks. “Face mask sampling is when the person wears the mask for several hours or overnight and then the face mask is sampled, but it is new and its value is still being investigated,” Palmer says.

“TB treatment is six months and there are challenges around taking treatment for this duration of time, especially in small children. Many of the TB medicines are not specifically made for children,” says Palmer. “This means that getting the correct dose can be difficult [for example] splitting adult tablets to get correct doses. Giving the medicines to children is challenging because of its bad taste, large tablets and the many tablets,” she says.

“Treatment (for DR-TB) is still long,” Palmer says, but the good news is that a six month treatment regimen will be trialled soon. “Drug doses are often extrapolated from adults. If we can dose children accurately, then we can optimise treatment and perhaps shorten regimens and also reduce side effects.” Currently there are several trials being conducted, some at Desmond Tutu TB Centre (DTTC), in children called ‘pharmacokinetic’ studies which examine the concentrations of TB drugs in children’s bodies and generate important information about how drugs are metabolised and what doses are needed for children of different weights, she says.

“Medicine is not child-friendly. There are several ongoing studies, some at the Desmond Tutu TB Centre, which will generate data on using child-friendly TB drug formulations. These are tablets that are manufactured in smaller milligrams that are easier to dose for smaller children than using adult tablets and that can easily disperse in water and be given to a child as a solution using a cup or syringe which makes them more palatable to the child and easier for the caregiver to dose and administer,” Palmer explains.

Appropriate care for children with TB

Palmer says “appropriate and ideal care for a child with TB would be a TB diagnosis that can be accessed easily at their local health care facility (even in remote areas) using an accurate diagnostic test followed by prompt start of TB treatment using a treatment regimen that is effective, safe, easy to administer and as short in duration as possible”.

According to her, all of this should be offered at no cost to the family and without stigma or discrimination. “The care would be child and family focused with appropriate screening for TB of close contacts and initiation of TB preventive therapy where appropriate, and support for the child and family throughout the treatment period,” she says. “But in order to do this we need high-quality research which generates relevant data, in collaboration with communities, health services and other stakeholders and which is then used pro-actively to update guidelines and impact on services in routine care.”

Palmer notes all this will need investment from funders, governments, health departments, the private sector and NGOs to support this process and to prioritise ending the TB epidemic.

Palmer says there is a lot of work being done in South Africa and globally to improve the ways we diagnose TB in children. “With signs/symptoms, we are trying to get better algorithms for this, [there is] training of staff to use these algorithms better. We are also looking into mobile chest x-rays that can be moved around communities in trucks or even backpacks and we are exploring the use of software programs that use artificial intelligence algorithms to interpret chest x-rays so that human expertise is not needed.”

She says there should also be better ways of processing sputum samples with better tests using other specimens such as stool and urine. “Importantly, the use of blood for ‘biomarker’ tests is being investigated. These are proteins or genes that the body may express in response to being infected or sick with TB, which one can test for.”

Palmer says the hope is that one day this could be an accurate test, and a test that could be performed easily on a small amount of blood at clinic level with immediate results and access to treatment. “But it’s important to note that prevention is better than cure,” she says.

“There are many studies exploring the use of different drugs and strategies to prevent TB in children, including 12 doses of TB treatment over 12 weeks (a regimen called 3HP), and in future, even treatment given for one month,” Palmer says.

“Over the last decade, paediatric TB, and TB generally, has become more appropriately prioritised,” she says. “There has been more political commitment and more children are being included in TB research globally,” she says.

There is much talk in South Africa about a ‘second wave’ of COVID-19. In Europe, it is much more than talk, with COVID-19 diagnoses, hospital admissions, and deaths, not to mention ‘restrictions’, all on the rise. Alex Welte places in perspective what we do and do not know about herd immunity and potential second waves.

What is the state of South Africa’s HIV response on World AIDS Day 2019? Marcus Low asks the question and identifies our number one problem in combatting the virus as we head into 2020.