The breaking of rank last week by the much-respected medical scientist Prof Glenda Gray could, at face value, be viewed as rebellious act or outburst fuelled by strong convictions. However, in the context of South Africa’s current waning and weakening response to the COVID-19 pandemic, it should rather be seen as a necessary diatribe by a desperate medical scientist frustrated by an imperious Department of Health.

Dr Zweli Mkhize, the Minister of Health, is tasked with the unenviable position of co-ordinating South Africa’s public health response to this pandemic. The pandemic aside, his greatest challenge is navigating between being a medical doctor and a politician. Sadly, Gray’s statement incurred the wrath of an authoritarian politician seeking vengeance for a pride wounded. In short, the reaction did not match the action.

The Ministerial Advisory Committee (MAC) was formed and tasked by Mkhize. Its membership consists of some of the most esteemed medical scientists in South Africa. It must be stressed that Members of the MAC are participants in their individual capacity and do not represent any constituency, organization or sector. So in essence nothing prevents a member from commenting in their capacity as a member of their particular organisation or as a citizen.

Across the world, scientists and sceptics alike criticise the State in country after country. The South African Government should not feel “victimised” by the criticism and the sheer volume of criticism that it receives from the scientific community. Boris Johnson, his ministers, NHS Chiefs and Sage (an advisory committee) have come under immense criticism from the scientific community in the UK. From Lockdown measures to PPE and neglect in frail care homes. And yet they accept a barrage of criticism, seemingly impervious, returning daily for more; accepting that it is part and parcel of being a civil servant and that opposing views can inform responses in times of trial.

There have been many experts, from medical scientists to actuarial and economic scientists that have been critical of the manner and methodology behind South Africa’s lockdown and has questioned the scientific advice that is being utilised; if at all. Hasty, senseless and irrelevant regulations that will not stand the test of legal, let alone constitutional, scrutiny has resulted in harsh criticism from several experts. This body of disagreement is growing steadily, with suggestions to even form a parallel Expert Advisory Committee.
The scientific community that challenge the status quo, ask questions and require proper data and information deserve more respect and a greater degree of transparency. Everybody is desperate for information on this pandemic. We know too little of the virus to hold back data and information and should encourage divergent views. If anything, we can learn more by agreeing to disagree, without becoming disagreeable.

Gray may not have taken the most diplomatic approach in talking to News24, but she certainly had relevant and pertinent questions as the head of the esteemed SA Medical Research Council, but also as a citizen of this great democracy.

The lockdown was perceived as flawed in its implementation. Yes, there are no experts on lockdowns nor on COVID-19; but there are highly trained people in various sciences to piece together policies based on other countries’ experiences.
The purpose of the lockdown was to reduce and delay the spread of the virus – but far more importantly, to buy time for preparedness. Ideally, as the lockdown is eased, we increase our rate of testing and our public health measures of test, treat and isolate. We should have also prepared our hospitals and healthcare workers for the onslaught of the peak.

We seem to be failing, based largely on media reports about hospitals and infections, and the resultant frustration and criticism like that of Gray aimed at the regulations and the Government becomes increasingly justifiable.

If the Health Minister or the MECs for Health are more transparent then the scientists and experts would not have to rely on media houses. It seems that Mkhize has undertaken damage control rather than wheedle the esteemed professor “back into the fold”. It is worrying that the Minister had chosen to dismantle Prof Gray’s statement piecemeal. This gives me and perhaps a large majority of the scientific community an uncomfortable degree of pause. It should be a decisive time for South Africa, not a divisive one.

What is expected of the MAC members? To passively sit back and watch a mysterious political agenda bury the growing body of scientific discord?

Why did Mkhize not defer the issue with Gray to the MAC chairperson as that would be the logical step? What level of transparency and accountability can the scientific community expect from the MAC? Comparing the MAC on COVID-19 with other advisory committees that are in place is frankly disingenuous of the Minister. With due respect to the other ministerial committees, the COVID-19 MAC is unique in its composition and function, and it is addressing a national and international public health emergency. He merely utilises this to justify his heavy-handed approach to Gray’s comments.

I could wax lyrical about our great democracy and the freedom of speech that our Constitution enshrines. I could criticise the sad impasse that Mkhize has now reached of being caught between politics and medicine.

Honourable Minister, there is no sensationalism, unprofessionalism nor is there any hint of deceit. There is a Government that is under growing criticism from scientists, economists, actuaries and most importantly the ordinary citizens of the country. You have been entrusted with the responsibility of the health portfolio and as such you are accountable to every South African, whatever their standing in life is. With this great responsibility comes greater accountability.

Rattling off statistics for a few minutes every night does not instil confidence in your citizenry. Roaming the country making random appearances, jesting about with fellow ministers, does not appease the masses. Arranging public relations presentations pretending to be utilising the “best scientific advice” in your decision making does not inspire the nation anymore. These are not personal attacks, sir; it comes with the job.

As South Africa edges closer to the precipitous edge, this episode is an unnecessary distraction. The resultant backlashes are mounting and are quite frankly, unnecessary. Mkhize needs to abandon the autocratic attitude for the greater good of the nation, and realise that the likes of Gray and her counterparts are critical in our response to the pandemic, and as scientists, that is their job.

There has to be better communication, greater accountability and a sense of transparency that the nation can trust. The Minister needs to clarify the role of the MAC and reconsider the composition. When three out of four chairs express concern and dissatisfaction, then he must take notice.

The pandemic and its effects need science and we must note that although COVID-19 is a medical problem, the science we need to deal with it extends beyond medical and clinical science. We need to incorporate scientists from all the pillars of the academic fraternity, from the ranks of sociologists, economists, actuaries, and others that help to better inform policy decisions. Health policy does not exist in a vacuum; there are also social, economic and actuarial input that contributes greatly.

COVID-19 will be with us for a while, so the MAC will be needed for an indefinite period. As such, the confidence in it must be restored and respected. When the autonomy of an organisation is challenged, then the integrity of that organisation is brought into question.

The Chairperson of the MAC’s role must be clarified; both in terms of his relationship with his counterparts at the MAC and with the Minister. His silence throughout this debacle is rather unusual. The natural course of action for Gray was to approach the Chairperson; so, she either chose not to or could not for reasons that both Mkhize and Gray should explain.

The absence of medical ethicists on the Committee is a surprising omission. We have a group of esteemed scientists with great achievements;. There are bound to be differences in opinion and clashes of ego. The addition of an ethics committee will ensure accountability and good scientific practice within the committee and in external communications. This committee can also deal with internal complaints from the members who feel side-lined.

Mkhize, the MAC Chairperson and the relevant Chairs should provide weekly media updates so that the statistics are explained and everybody can provide the relevant input, beyond just the numbers. This ensures accountability and informs the enquiring and confused citizenry who have great expectations.

The SAMRC issue (the acting Director-General of Health’s letter) must be dealt with swiftly by Mkhize himself and he must also clarify the so-called “damage” to the governments work on COVID-19. Gray merely disagreed with the regulations and reinforced all the non-pharmaceutical measures.

Finally, the entire world is affected by this pandemic. The extent to which they are affected depends largely on the manner in which their government responds to the pandemic – and a government that surrounds themselves with people capable of thinking from different points of view, will deal more successfully with the pandemic than a government that autocratically acts only on the opinions of a favoured few.

*Amod is a medical law consultant and healthcare practitioner, specialising as a Clinical Pharmacist.

Spotlight asked Dr Lungile Hobe-Nxumalo, Chair of the Rural Doctors’ Association of Southern Africa, how rural healthcare facilities can prepare for the fight against COVID-19. 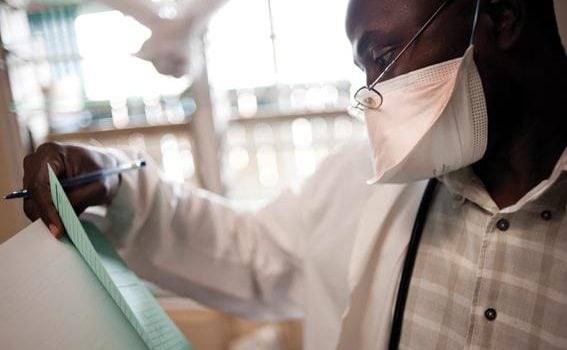 One Response to “Op-ed: Health minister caught between politics and medicine”