Home Blog Blog COVID-19: Elderly and people with underlying illnesses are most at risk, according to WHO 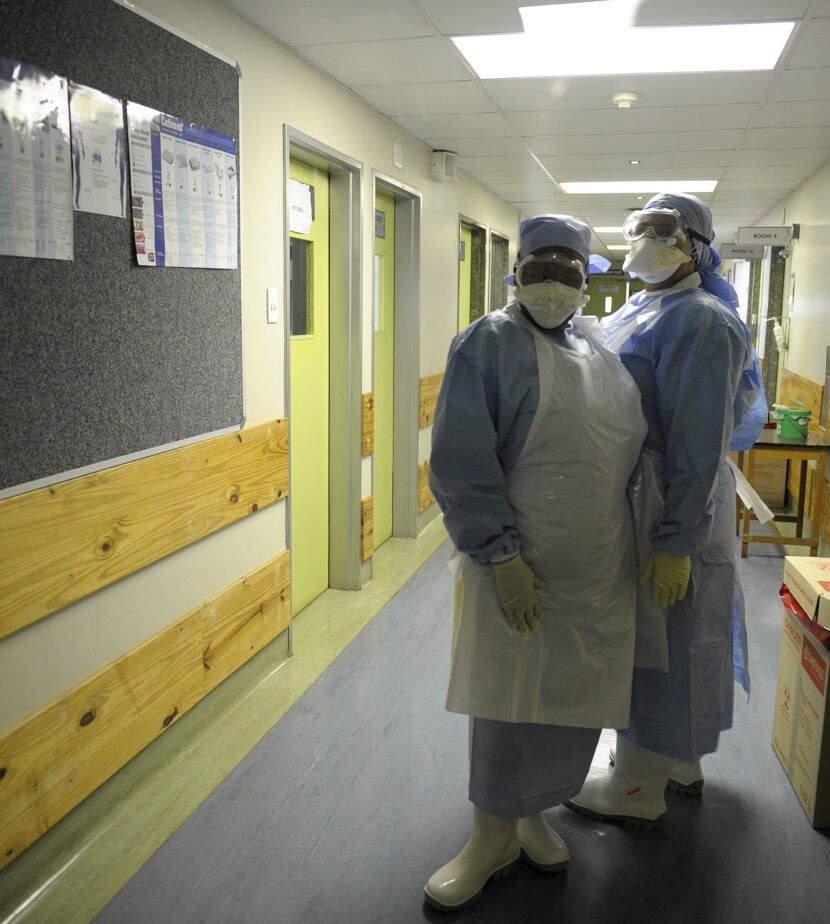 COVID-19: Elderly and people with underlying illnesses are most at risk, according to WHO

There are now 17 confirmed cases of COVID-19 (Coronavirus Disease 2019) in South Africa with most people in their 30s, the oldest being 57. With the global spread of the virus researchers, who inform medical and public health strategies, are working to find out who is most at risk of infection, severe illness and death.

The most comprehensive global data so far shows that people in the 60 to 80 year group and those who have chronic illnesses are at an increased risk of dying from the COVID-19 virus infection. Males compared to females also seem to be at an increased risk of infection but this could be related to smoking. At present, it seems that there is little mortality in children under nine years of age and so far it does not appear that pregnant women are more vulnerable to infection.

The WHO yesterday, in the face of the global spread of the virus, upped its classification of the outbreak to a pandemic. Earlier this week director-general Tedros Adhanom, implored countries to step up efforts to protect their elderly saying: “If anything is going to hurt the world, it’s moral decay,’’ and not taking the death of a senior citizen as a serious issue is “dangerous”.

He said every individual is important in the battle against the novel corona virus which has according to the latest Johns Hopkins University figures infected more than 120,000 people and claimed  the lives of more than 4000 people in 104 countries.

Very importantly, although not reported enough, 65,972 people infected with the virus have recovered.

The number of infections, severe illness and deaths is higher among people who smoke and particularly those with medical conditions such as diabetes, chronic respiratory and cardiovascular disease, cancer and hypertension. People who are immune compromised are also at greater risk of infection, although the impact of the virus on people living with HIV/AIDS is not yet known. Presumably people with HIV who are on treatment and have healthy immune systems will not be at significantly increased risk from COVID-19, although it remains to be seen if this is the case.

Epidemiology of COVID-19 in SA

The South African Medical Research Council (SAMRC) in a statement this week said while much has been learnt about the virus, the impact of COVID-19 in Africa is still a mystery. The council points out that the risk factors for transmission and clinical outcomes are likely to be different in the region compared to other countries in Europe, Asia and in North America. The SAMRC says it has become “urgent” to describe the epidemiology of COVID-19 in South Africa and to address diagnostic, therapeutic, host and viral factors that may facilitate transmission or protect against infection.

“South Africa with its high HIV and TB burden of disease, may face a protracted coronavirus outbreak, if these conditions prolong viral shedding,” according to the SAMRC. Local research needs to  concentrate on surveillance, therapeutics and understanding the local epidemiology and natural history of the COVID-19 pandemic, the council stressed. President and CEO Professor Glenda Grey says funding for research to evaluate the impact of HIV and TB on the COVID-19 infection is “critical” given the country’s burden of HIV/AIDS and TB.

While continually assimilating and updating global data, the WHO has been relying mainly on data from China (where the outbreak started) to form a picture of the demographics of the disease.

A China Centre for Disease Control research report published three months into the outbreak, showed that  the majority of cases – 87% – were in people aged 30 to 79 years. This is based on data from the 72 314 cases diagnosed with COVID-19 by February 11 in China and could be a reflection of how the virus functions in the population rather than social interaction. Teenagers and youth encounter many others, in schools, work, on public transport but do not seem to be getting infected as much. Only 8.1% of detected cases were young adults in their twenties,1.2% were teenagers, and  0.9% were nine-years-old or younger.

The WHO mission to China found that 78% of the cases reported until 20th of February, were in people from 30 to 69 years.

The WHO-China report said mortality shot up with age, with the highest mortality among people over 80 years of age (21.9%). The Case Fatality Rate (CFR) is higher in males than females (4.7% vs. 2.8%). Patients who had retired had the highest CFR at 8.9%. In patients with no chronic illness the CFR was 1,4% while patients with underlying medical conditions had much higher rates: 13.2% for those with cardiovascular disease, 9.2% for diabetes, 8.4% for hypertension, 8.0% for chronic respiratory disease, and 7.6% for cancer.

The effect of sex on susceptibility to COVID-19 is less clear than the age effect, but preliminary data suggest men might be more susceptible. China CDC found that 106 men had the disease for every 100 women, while the WHO mission found that men make up 51% of cases.

The difference in fatality rates, however, is real: 1.7% for women and 2.8% for men, China CDC reported.

Disease in children appears to be relatively rare and mild with approximately 2.4% of the total reported cases reported amongst individuals aged under 19 years. A very small proportion of those aged under 19 years have developed severe (2.5%) or critical disease (0.2%).

Pregnant women do not appear to be more susceptible to severe COVID-19 symptoms and there is no evidence that the virus can pass to a baby during pregnancy. This  is based on observations from China, including a World Health Organization report that looked at data from 147 pregnant women, of whom 64 were confirmed to have coronavirus, 82 were suspected cases and one was asymptomatic. Of these, 8% had severe symptoms and 1% were critically ill.

*Baleta is an independent Science Writer, media consultant and facilitator.

Ahead of the end-of-year school exams the Western Cape Department of Education has called on matric pupils and their parents to consider the COVID-19 risk associated with attending large social events. Since June, 792 learners have tested positive for COVID-19 in the Western Cape. Siyabonga Kamnqa reports.