The Public Service Commission (PSC) made a surprise visit to the Cecilia Makiwane Mental Health Unit – 10 days after Spotlight published its investigation into a whistleblower’s plea about the unit’s dire state.

The visit to Cecilia Makiwane Hospital (CMH) in Mdantsane, Eastern Cape, was led by Commissioner Lulu Sizani on 16 August.

Though it was “unannounced”, a press release was issued two days before inviting media to attend.

“We decided to come not because we wanted to write our own story, or wanted to dispute what was covered in the story … Our job is not only to know and put out what we’ve seen, but also to propose measures to correct what is not right,” Sizani told journalists who accompanied her on the tour.

Spotlight attended the PSC’s tour of the unit. We found increased security presence at the hospital compared to our previous visit, as well as a boot check at the gate. The grounds of the hospital remained unkempt; with old medical equipment abandoned in the corridors along with rubbish and weeds. However, the passageway leading to the Mental Health Unit had been given a facelift. The weeds and grass had been tended to, and rubbish collected.

The old wards next to the unit were also empty and swept clean; previously Spotlight reported that these wards were a security concern to patients and staff. A grounds worker told S

potlight they had been cleaning for the past two days, and other sources questioned the timing of the PSC’s visit after witnessing the sudden bout of cleaning.

A Mental Health Unit with no psychiatrist

Security guards with metal detectors met Sizani and media at the entrance to outpatient ward 13.

Sipiwo Mfengu, area manager of nursing based at the hospital, told Sizani that the Mental Health Unit did not have a specialist.

CMH is a teaching hospital and, according to Health Professions Council of

South Africa (HPCSA) regulations, a specialist must sign off on intern logbooks. The unit has not had a specialist since December 2018.

Mfengu said the hospital’s clinical manager, Dr Yose, signed intern logbooks. Information previously shared with Spotlight highlighted that Yose was not a psychiatrist, and was unable to attend to specific clinical concerns within the unit.

HPCSA communications manager Priscilla Sekhonyana said any deviation from regulations brought to the council’s attention would be investigated but Spotlight cannot confirm if an investigation is under way.

Sekhonyana said if a department lacked a specialist, secondary responsibility for training interns rested with senior medical staff. She added that each department should have a named supervisor to coordinate training.

The day of the visit the unit had 19 female and 20 male patients out of 25 total available beds per ward. Wards 9 and 10, male and female wards respectively, were stark.

Patient beds were all in one open space with thin metal barriers, resembling cages, separating them from the staff stations.

The fenced-in recreational areas of each ward consists of a concrete courtyard, cement benches, a table and a few mattresses. Sometimes male patients had access to a pool table, a punching bag and an old TV. The female recreation area was much smaller, and positioned at the front of the ward next to the entrance walkway, allowing visitors to look inside. Most patients in both wards were asleep in the courtyards; some were on mattresses but the rest were on the ground.

Inside each ward are two “seclusion rooms”. These small concrete rooms are

tucked into the back corner of the wards and have a toilet, sink and sometimes a mattress. The rooms are equipped with cameras, but none is functional. Patients are monitored through a small window with a metal screen placed between the room and the nurses’ station.

Mfengu told Sizani that patients were placed in seclusion for a maximum of two hours at a time.

Sizani called for safety issues of the seclusion rooms to be addressed urgently. “For me, it’s very scary, it needs to change immediately,” she said.

Still no answers to cries for a new hospital

Spotlight previously reported that there was no funding to upgrade the Mental Health Unit or to move it to the new hospital, which was confirmed during the PSC’s visit.

“Interim arrangements [are] to move patients to the recently refurbished old [outpatient] area, further renovations for this area are planned as an immediate intervention.”

He added that National Treasury (NT) had met with the department to discuss possible funding for the CMH Mental Health Unit, as well as Fort Beaufort’s Tower Hospital, which is a long-term psychiatric facility. The CMH unit is an acute facility.

“[The Department of Health] has to submit a request in this regard,” said Kupelo.

National Treasury communications officer Malehlohonolo Kasa told Spotlight it had a joint engagement meeting with the Eastern Cape Department of Treasury and other departments, including health, during the week of the PSC’s visit.

Kasa stated that applications for this year’s BFI closed at the end of May, but eligible departments were encouraged to apply for the next financial year.

After the visit Sizani called the unit “a disaster” and described it as being in “a total state of neglect”.

“It’s like a place that is deserted or has been deserted for many years,” she said. “I’m deeply hurt. It’s not something that happened last month or last year; it’s in a state of disrepair. You’ve seen the wires outside, uncovered in the passages, the walls are falling apart.”

She said a detailed report that included recommendations would be submitted to Eastern Cape Premier Oscar Mabuyane and Health MEC Sindiswa Gomba on 5 September.

“Within two months there will be something happening,” Sizani said. “We will come again to see whatever things that [the Department of Health and the premier] say they will do. We will monitor from time to time and report on interventions they have put in place.”

Kupelo declined to comment on the PSC’s visit until the report was available. Spotlight also inquired about ongoing clean-up efforts at the unit coinciding with the PSC’s visit, but did not receive a response.

Jay Kruuse, director of watchdog group the Public Service Accountability Monitor (PSAM), called for Sizani’s report to be made public.

“This will support efforts to improve accountability and ensure corrective action within the Eastern Cape Health Department, which has failed in various respects to deliver adequate services at the unit.”

Although the PSC visit made headlines around the province and brought promises of improvement for the unit, in some respects conditions worsened the following week.

From 19 to 22 August, medications in the unit ran critically low, resulting in stockouts and chaos for both clinical staff and patients.

Information shared with Spotlight indicated that first and second line antidepressants, Citalopram and Fluoxetine, were out of stock at the facility. Other vital medication, including Olanzapine, Quetiapine, Aripiprazole and increments of Risperidone, were also out of stock.

Sources told Spotlight that doctors and patients were at a loss in terms of treatment. With stock continuing to run low, doctors are forced to alter treatment, which can lead to patients experiencing adverse reactions.

Kupelo said stock was a national problem. “The province is going to use alternative treatments,” he said.

Spotlight requested clarity on what he meant by “alternative treatments”, but did not receive a response.

“The medicines that are currently unavailable are essential psychiatric medicines that should be managed and dispensed by suitably qualified medical practitioners,” he said.

“Psychiatrists are best placed to medicate and to make decisions to alter treatment for patients with severe mental health conditions. This unit has not had a psychiatrist since late last year, which partly explains why their care has and continues to be compromised.”

* The Mental Health Review Board (MHRB) for the Eastern Cape central region declined to comment on the investigation. Spotlight was referred to the provincial Department Of Health but Kupelo said he does not respond to queries concerning the MHRB.

“By accepting your appointment as Premier, you have become the custodian of a rough diamond. It is now in your hands whether it will reach its full potential and become a sparkling gem or remain a dusty stone.” 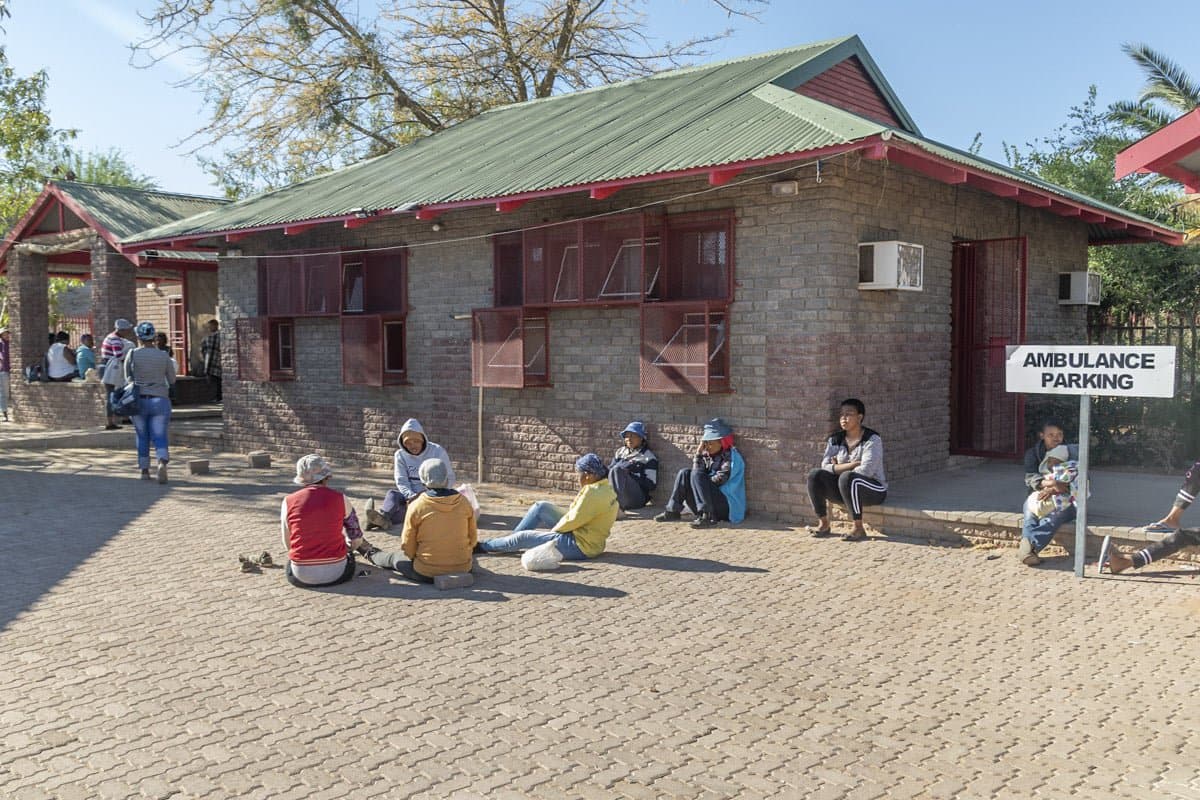