Home Blog Latest Spotlight on NHI: What has actually changed in the new Bill?

Spotlight on NHI: What has actually changed in the new Bill?

National Health Insurance (NHI) has been long in the making. A new iteration of the policy has been released every few years for the past eight years, culminating in the NHI Bill tabled in Parliament two weeks ago. The detail of this legislation is important. NHI will not deliver universal health coverage because we want it to. We have to design it so that it does. That is where law- and policy-making come in.

While it is beyond the scope of a short article to traverse the full history of the law making process, we consider here what has changed between the 2018 draft Bill and the version released in August 2019, to see how, if at all, thinking and planning for NHI is developing.

The short answer is: not as much as we hoped.

Despite what was reported to be hundreds of submissions on the Bill, the 2019 Bill largely maintains the approach of the 2018 draft Bill. Indeed, of SECTION27’s detailed submissions, only one concern (the deletion of section 4 of the National Health Act that guarantees free health services at public health establishments) has been remedied. This is a worry given the nature of the concerns that we, and no doubt others, raised, in the interest of securing a health system that really does serve all in South Africa.

The most notable change in the new Bill is in relation to the Minister’s powers. As SECTION27 we raised the alarm about an over-centralised and unaccountable NHI Fund structure in the 2018 Bill.

The governance structure of the NHI Fund is vitally important given that it will be responsible for huge sums of money and big and important decisions. A governance structure should be designed so as to ensure transparency and to provide for checks and balances. Designing the structure in this way is not about distrust of specific individuals involved, but rather about ensuring best practice and good governance. Governing structures cannot be designed in the mere hope that all actors will be benevolent and act in the best interests of the country.

This further concentration of power is a grave error.

Population coverage is another component of the Bill that has seen a change. There has been some improvement in population coverage between the 2018 and 2019 Bills in that refugees are now entitled to the same coverage as South African nationals and all children are entitled to an undefined set of “basic health care services”. However, in the 2019 Bill, asylum seekers and undocumented migrants are entitled only to pre-hospital emergency medical services and services for notifiable conditions of public health concern (conditions such as Ebola, cholera, tuberculosis, etc). This removes the current and 2018 Bill entitlement to maternal health care services, contrary to South Africa’s commitment to reducing maternal deaths, and removes the right of asylum seekers and undocumented people to receive treatment for HIV and other communicable diseases, a clear public health threat.

In addition, in providing only for pre-hospital emergency medical services, it places people in the invidious position of receiving care in an ambulance but not covering emergency medical treatment and stabilisation in a health facility. Are ambulances to take accident victims or those experiencing a heart attack but not covered by the NHI Fund due to their immigration status home to die?

While the 2018 version of the Bill, published shortly after the exposure of the Life Esidimeni disaster, included the prioritisation of services for people with mental illness, this prioritisation has been removed in the 2019 version. It seems that the political moment for mental health has passed.

The role of provinces, long a mystery in the NHI development process, remains concerningly unclear in the 2019 Bill. The Bill spells out for the first time that the provincial equitable share (the funding that pays for almost all services in the public sector), will be shifted to the Fund. Despite the loss of funding, the provinces are meant to be “managing agents” of service delivery. It is still however unclear how they will accomplish such a task, and how they will relate to District Health Management Offices, to be established as “national government components” albeit at district level, to coordinate services in each district; or to Contracting Units for Primary Care which are meant to operate at sub-district level and receive money directly from the NHI Fund to pay health service providers.

The governance and accountability structures of the district and sub-district level structures are not provided for, and neither is the division of funds to pay for what appears to be a multi-layered bureaucracy.

While effectively managing procurement could well lead to price savings (as medicine tenders in the public sector have done), more information on the Office and of its governance and operations is needed to ensure that it does not further the enormous opportunities for corruption in health procurement.

The detail of this Bill matters. I have been told that it is only lawyers who care about the legislation, everyone else just wants to focus on the vision of NHI. The problem is that the vision, if it is not built into the defining systems and structures, is no more than a mirage. We have to do justice to this vision of universal health coverage, and doing so requires going beyond rousing speeches and unconditional support. It requires engaging with the details and ensuring that the new funding system we develop is capable of furthering health for all.

Stockouts of several critical medicines have been reported at healthcare facilities in five provinces, according to a statement from the Stop Stockouts Project (SSP). 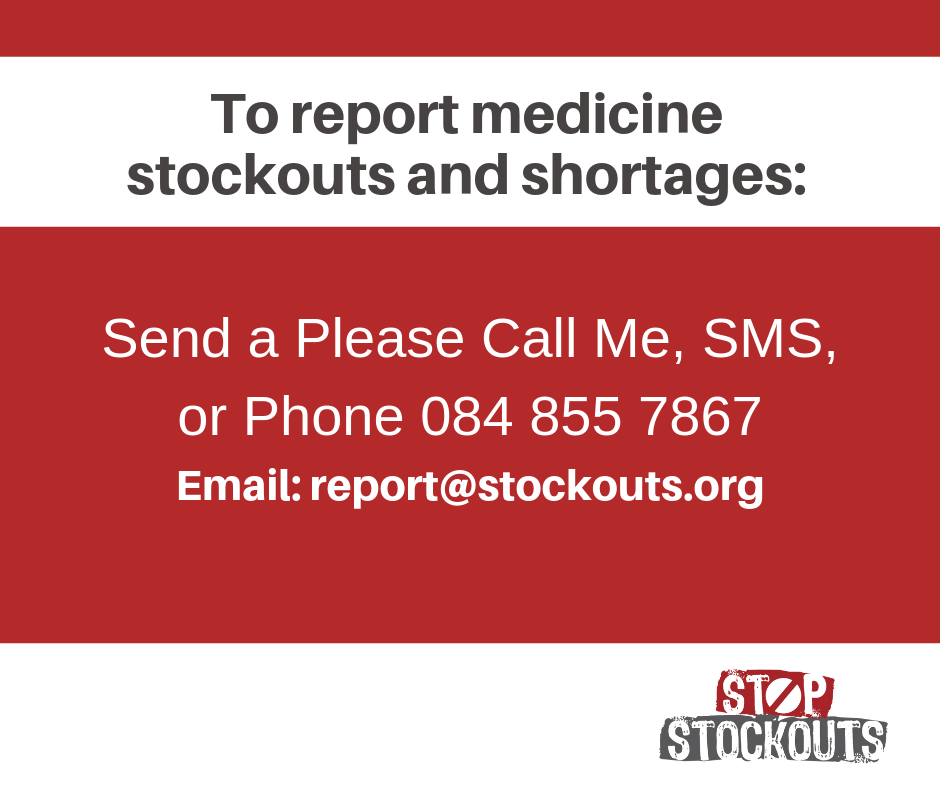 The use of the BCG vaccine for an unproven indication is irresponsible and may deplete BCG stocks for young children, for whom it has been proven to be a lifesaving preventive tool against TB, argue a group of leading experts.