Home Blog Latest 12 questions answered on the state of SAHPRA

12 questions answered on the state of SAHPRA

In February 2018 the Medicines Control Council (MCC) was replaced by the South African Health Products Regulatory Authority (SAHPRA). Spotlight sent SAHPRA a list of 12 questions to gauge how things are going with the new regulator, particularly regarding the backlog of medicines to be registered.

The below responses were sent to us by SAHPRA Acting CEO Portia Nkambule on behalf of the SAHPRA board chairperson Professor Helen Rees. We quote these responses in full so as not to lose any of the rich and valuable detail.

1.   Question: Noting that SAHPRA was only officially established earlier in 2018, how would you assess progress so far in operationalising the new regulator and the various changes in structure and function when compared to the MCC?

Answer: SAHPRA has made significant progress since its establishment in February 2018, despite the recent challenges in the National Department of Health. This has included:

2.  Question: Is SAHPRA fully staffed? If not, can you give an estimate of what percentage of posts are currently filled?

Answer: SAHPRA currently has 178 full-time employees and a similar number of external evaluators supporting regulatory activities currently. It is anticipated that with the transition to in-house technical evaluation as well as the implementation of new regulatory functions, such as the regulation of medical devices, additional staff will need to be employed. The SAHPRA business model has proposed a staffing complement of around 450 full-time employees to carry out all required regulatory functions and will be phased in over a period of five years.

3.  Question: Does SAHPRA have sufficient funding to perform its functions? Please elaborate if there is any short-falls.

Answer: SAHPRA has budgeted to ensure it currently has sufficient funding to perform its functions. SAHPRA’s funding is made up of user fees as well as a contribution from Treasury.

4. Question:  What is the current backlog for registrations? If possible, can you give a breakdown for generic v new molecular entity applications?

5. Question: What measures have been put in place to reduce the backlog?

Answer: SAHPRA has committed to clear the inherited backlog of applications within 2 years. Clearing the backlog rapidly will enable the establishment of a new, efficient, and effective health products regulator in South Africa. SAHPRA’s backlog clearance strategy comprises three pillars: (1) reducing the number of applications that require evaluation, (2) segmenting and prioritising applications on the basis of public health need, and (3) implementing new models for evaluation that recognise work done by other national regulatory agencies. Implementation of the backlog clearance strategy has already begun and has involved engagement with industry stakeholders, detailing technical and operational implications, securing ring-fenced funding, and implementation of a dedicated backlog programme management office. SAHPRA is currently conducting a pilot of the new measures and approach to the backlog and anticipates full implementation early in 2019.

6. Question: It was previously indicated that the MCC/SAHPRA set a target of 36 months for the registration of new molecular entities and a target of 24 months for generic medicines. Are these still SAHPRA’s targets?

7. Question: What percentage of new molecular entities and generics respectively are currently being registered within the target periods?

Answer: Despite the recent challenges, SAHPRA has made significant progress with the registration of new chemical entities and generic medicines in terms of its set timelines.

8.  Question: Has SAHPRA registered any biosimilars? If not, are there any specific obstacles to the registration of biosimilars in South Africa – such as outstanding guidelines or protocols?

9. Question: From time to time there is a particularly strong public interest case to get a medicine approved more quickly (as for example presently with the TB drug delamanid, generics of the ARV dolutegravir, and with biosimilars of the cancer drug trastuzumab). Can you please describe the available mechanisms to get medicines registered more quickly when there is a strong public interest case to do so?

Answer: SAHPRA has prioritised the review of applications for products that address public health needs and emergencies, unmet medical needs, as well as shortages of medicines in the marketplace. SAHPRA is also prioritising the review of key generic medicines to encourage market competition and improve affordability.

10. Question: We note that while the SAHPRA website has replaced the MCC website, there is still no easy way to search for registrations as one would expect from a website of this nature in 2018. Will SAHPRA be introducing a searchable database of registered medicines in order to increase transparency and the public’s ability to access information?

Answer: SAHPRA is in the process of updating and finalising its new website and will be introducing tools and searchable databases, including of registered medicines, to improve public access to information. SAHPRA recognises that consistent and timely communication with key stakeholders is critical to ensuring good regulatory practices and the creation of a culture of transparency. In this transitional phase, SAHPRA is prioritising the implementing a formal communications strategy and systems as a matter of urgency.

11. Question: The possibility was raised previously that registration by other stringent regulatory authorities could be considered when registering medicines in South Africa. Has there been any recent developments or new plans in this regard?

Answer: SAHPRA recognises that the manufacture and distribution of medicines are increasingly globalized, cooperation between medicine regulators has become essential, and multiple models of regulatory collaboration are being implemented in all regions of the world, even amongst the most resourced and mature regulatory agencies. SAHPRA has implemented legislative amendments to enable such a framework and is developing systematic approaches that would allow work-sharing and recognition of assessments carried out by other regulators while retaining responsibility for its own regulatory decisions. In this regard, cooperative agreements with a number of regulatory agencies in other countries have already been established.

12. Question: Has SAHPRA’s functioning, especially regarding section 21 applications, fully returned to normal after the recent strikes at the National Department of Health building in Pretoria? Please elaborate.

Answer: SAHPRA has  completely reengineered its procedures and processes for Section 21 applications through the implementation of a new online application system to improve service delivery and access to unregistered medicines for patients. This new approach has resulted in user-friendly, streamlined application procedures for clinicians and has dramatically improved turn-around times for applications.

Western Cape Premier Alan Winde is chairing the province’s AIDS council, something his predecessor Helen Zille did not do. Alicestine October sat down with Winde to discuss HIV, Zille and much more.

Each of South Africa’s nine provinces has an HIV and TB plan aimed at guiding the implementation of the National Strategic Plan. Here is our analysis of Mpumalanga’s plan. In 2015 Sadmon Projects and Consulting was awarded a three-year, R352 million communications contract by the Department of Health. Spotlight analysis of reports Sadmon submitted to the department (obtained through a Promotion of Access to Information Act request) paint a worrying picture of multiple delays and constant miscommunication – all while the bills for the public purse keep mounting up. 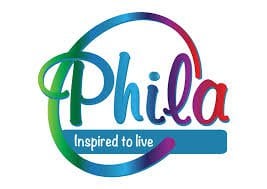 One Response to “12 questions answered on the state of SAHPRA”