After substantial delays the final version of South Africa’s National Strategic Plan (NSP) for HIV, Tuberculosis and STIs 2017 – 2022 was finally published on the website of the South African National AIDS Council (SANAC) on the 11th of May 2017. While the plan was officially launched on the 31st of March 2017, only a summary of the NSP was available at the time. The March 31st date was itself a week after the previous publication date given by SANAC – which was World TB Day (March 24th). The original publication date given for the NSP was December 1, 2016.

The NSP is a long and relatively unfocussed document. It contains over 100 pages and a number of tables. It starts with a poem, acknowledgements from the Director General of Health, a foreword from the Deputy President, a preface from the Minister of Health, and a message from the vice-chairperson of SANAC.

As we have previously reported, the content and the process of the development of this NSP has been unusually controversial. A number of organisations and the previous SANAC CEO have been publicly critical of the NSP and certain ommissions from it – with the Treatment Action Campaign and SECTION27 going as far as to say they can’t endorse the plan in its current form. Yet, according to the Deputy President, “the Plan is inclusive, both in the process of its development and in the range of its priorities”. A similar claim is made by the SANAC vice-chairperson who writes that “the SANAC community has spoken through the NSP”.

In the coming weeks Spotlight will continue to explore these contrasting views on the NSP and its development. We will also seek to publish opinion pieces on the NSP from a wide range of people.

What is in the NSP?

Below we provide a short summary of some of the key elements of the NSP. Note, however, that this does not include an analysis of what has been left out of the NSP – an issue that some contributors will write about for Spotlight in the coming weeks.

At the core of the NSP are eight goals. They are as follows:

In addition to these eight goals, the NSP also identifies five “critical enablers”:

The NSP also contains a range of targets that South Africa should aim to meet by 2022. Below we have made a selection of what we think are some of the most notable targets:

Do we have the money and the political will?

The NSP gives civil society a useful tool with which to advocate for certain programmes or policy changes. The NSP e.g. commits to an ambitious new HIV testing campaign. Civil society can use the NSP to ensure that such a testing campaign gets fully funded and is properly implemented.

A welcome addition to the final version of the NSP is some rough costing estimates. These underline that implementation of the NSP is by no means guaranteed. As stated in the NSP: “Although it appears that there will be funding shortfalls in certain programme areas if all the interventions articulated in the NSP are implemented, it is difficult to estimate the magnitude of potential financial gaps without further robust analysis. Accordingly, “it is recommended in the NSP “that a systematic funding gap analysis be undertaken for the NSP that presents estimated funding shortfalls by sub-programme.”

Below we quote some of the most encouraging sections of the NSP. If the money can be found and if all the commitments made in these sections are met, South Africa’s HIV and TB response should be in a good state come 2022.

“a new national HIV testing effort to find the remaining people who don’t know their status and those who become newly infected will be strategically focused on optimising testing yield. Testing will be decentralised and expanded testing services will be delivered in and outside health facilities, e.g. in workplaces and community settings. Specific efforts will be made to close testing gaps for men, children, adolescents, young people, key and vulnerable populations and other groups that are not currently accessing HIV testing at sufficient levels. The importance of at least annual HIV testing will be emphasised, especially for young people. Self-screening will be rolled out as part of the strategy to expand HIV testing and to close testing gaps. A major push will be made to ensure 100% birth testing of newborns exposed to HIV and of provider-initiated counselling of mothers and testing for all children up to 18 months to identify those that have acquired HIV through breastfeeding. All children of HIV positive parents will be tested for HIV. Every person that is tested for HIV will also be screened for other STIs as well as for TB.”

“Increase antiretroviral treatment coverage from 53% to 81%: The 90-90-90 approach demands that at least 81% of people living with HIV receive antiretroviral therapy by 2020.To achieve this target, South Africa will fully implement its Test and Treat approach, focusing on rapid treatment initiation for adults and children, with treatment starting on the same day as diagnosis for those ready to do so. Roll-out of superior regimens will be prioritised as safer, more effective antiretroviral medicines, such as dolutegravir, become available. Concerted efforts will be made to further simplify regimens for children and ensure access to third-line adult and paediatric regimens. The implementation of differentiated service delivery models for people-centred care will be accelerated to support early and sustained treatment. The Central Chronic Medicines Dispensing and Distribution Programme will be expanded, supplying three month ARV drug refills and supplying to alternative pick up points or clubs. Improved tracking of mother-infant pairs will be undertaken to ensure ongoing access to care. Clear guidelines will be developed to support community-based workers to optimise their role in health facilities and in communities and households, as part of the differentiated care strategy to support achievement of the 90-90-90 targets.”

“Ensure that 90% of all patients receiving antiretroviral therapy are virological suppressed: At least 90% of all ART patients will receive viral load testing in accordance with clinical guidelines compared to the 52% to 75% who do so now.”

“In order for drug-susceptible TB cure rates to move from 83% to at least 90%, and for drug-resistant TB cure rates to improve from 48% to at least 75%, in addition to strengthening adherence, priority will be given to early detection, early initiation on treatment after diagnosis, and the rapid introduction of new drugs as they are approved. Examples include bedaquiline, delamanid, pretomanid and other new, novel, and shorter options for XDR-TB.”

Treating highly drug-resistant forms of tuberculosis can take anything from nine to 24 months and patients have to contend with various unpleasant, and sometimes dangerous, side effects. A new six-month regimen made up of just three drugs that will be offered to 400 patients in South Africa might offer a better solution for some. Tiyese Jeranji reports. 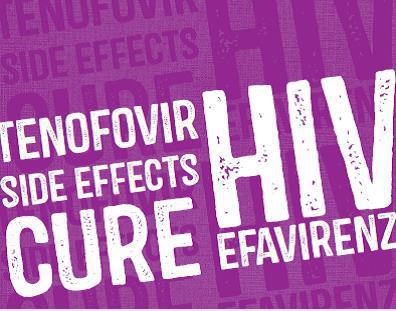