Home Blog Sections Sex Work Don’t make us criminals
Members of the public are encouraged to ask the sex work questions about things they have always wanted to know.

Address presented at a session entitled ‛South Africa’s National Sex Worker HIV Plan: Are you coming?’ at the 2016 International AIDS Conference in Durban. For a video of sex worker rights activism at the conference, see:

After 16 years the International AIDS Conference again occupied the city of Durban.

Much has changed in the 16 years since those 12,000 researchers, policy makers, donors and activists came together for the first time in a developing country. South Africa at the time had the highest prevalence rate in the world and, under the leadership of Thabo Mbeki, was facing AIDS denialism.

The conference, under the theme Breaking the Silence, took place just six years after our first democratic elections and four years after we adopted our Constitution. At that time SWEAT (Sex Worker Education & Advocacy Taskforce) was four years old, recently registered as an independent organisation, and had begun the hard work of organising sex workers. The Sisonke Sex Workers movement was just a dream, and sex workers were idealistically waiting for change.

Yet, criminalisation of sex work still remains on the agenda 14 years later.

The release of the last report resulting from a discussion paper in 2009 has been ‘imminent’ for three years now.
Just how serious are we about addressing the needs of sex workers?

There are four things you need to know about criminalisation of sex work: It harms sex workers; it enables corruption and abuse against sex workers; it drives stigma, and it erodes our efforts to end AIDS.

Can we say we are serious when our government, through the police, burns condoms provided by another arm of government?

Can we say we are serious when condoms are confiscated from sex workers as evidence of criminal activities?

Can we say we are serious about HIV when sex workers are refused access to this conference?

Can you say you are serious about the needs of sex workers when your commitment is only on paper, and not in practice?

Based on evidence, decriminalisation will not increase the number of sex workers exploited, women trafficked or children exploited[5].

We have made so many gains since 2000: We changed the racist and oppressive laws that prevented progress; we progressed beyond AIDS denialism, and vastly improved the numbers of people on treatment.

The law that criminalises sex work is the last remaining apartheid era law and a significant barrier to progress in reducing infections among sex workers.

The Deputy Minister of Justice said in his address to delegates at the AIDS Conference on 18 July that his ministry had received a report from the Law Reform Commission, but Cabinet wanted to ‛form its own opinion’. He admitted that the law was not working. Deputy President Ramaphosa said in March that South Africa had ‛an inability to develop a coherent approach to the challenges facing sex workers’[7] – this is a clear indictment on criminalisation.

Courageous activists attended the AIDS Conference, and had to fight to be there. Some didn’t make it – we have lost many of our colleagues to untreated illness and violence.

Organisations delivering services to sex workers have done their work with significant funding and other challenges, and continue to do the work to ensure sex workers have access to prevention, treatment and care. Rights organisations like SWEAT, Sonke Gender Justice, Treatment Action Campaign and the Women’s Legal Centre continue to defend sex workers rights while the Sisonke Sex Workers Movement organises sex workers’ resistant to injustice.

We are asking for the same courage and commitment from our country’s leaders to make true the promise to leave no one behind, and decriminalise sex work.

[4] The Impact of the Prostitution Reform Act on the Health and Safety Practices of Sex Workers – report to the Prostitution Law Review Committee Nov 2007, Gillian Abel, Lisa Fitzgerald Cheryl Brunton,

[6] Moving Beyond Supply and Demand Catchphrases: Assessing the uses and limitations of demand-based approaches in anti-trafficking – Global Alliance Against Traffic in Women

As the major social and economic disruption that will be caused by South Africa’s COVID-19 lockdown becomes apparent, civil society organisations caution that issues affecting the poor and marginalised could fall through the cracks.

By Simon Collins, HIV i-Base On Tuesday 24 July, the results from the extension to the PARTNER study were presented by Alison Rodger at a press conference at AIDS 2018, ahead of the main conference presentation. [1, 2] After eight years the study was unable to find a single linked… 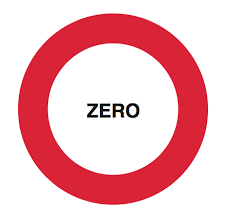 By Anele Yawa Two years ago, we welcomed the world to the International AIDS Conference [caption id="attachment_6568" align="alignright" width="300"] Anele Yawa at the Durban2016 march[/caption] in Durban, South Africa. At a march of ten thousand people we held up banners proclaiming that 20 million people still need treatment. At that…