Ambulance emergency in the Eastern Cape

During 2013, the community of Xhora, in the Xhora Mouth Administrative Area, lodged a complaint

After the SAHRC hearing, the Coalition has been travelling to all the communities that participated in the hearing, and to other communities, to establish whether access to emergency medical services and patient transport in the Eastern cape has improved. The Coalition has spoken to and collected evidence, in the form of statements, from people living in Lusikisiki, Port St Johns, Mqanduli, Xhora mouth, Isilatsha, East London, Nier villages in Peddie, and on the outskirts of Port Elizabeth.

On the whole, the statements paint a picture of death and dying in the Eastern Cape. Families, surviving on social grants resort to hiring private vehicles when in need of emergency medical services, or die in their homes because ambulances never arrive. Those who hire vehicles sacrifice an average of R800 for a single trip to their closest hospital, giving the patient a chance of survival, but plunging the family deeper into poverty as the money used depletes funds for other household necessities, like food.

Three years into the investigation by the SAHRC, people are still living in the same conditions that existed when the investigation started, and even decades before that. Some people have told us they have never seen an ambulance before, and others have reported that it took more than five hours for an ambulance to arrive. Furthermore, because of the bad conditions of the roads leading to their homes, these patients often face a 10 to 20-minute walk to meet the ambulance that can’t reach their homes.

Where lives are at risk and human rights are at stake, how is it that in 2016 the biggest emergency many face is not having access to an ambulance?

Numbers from the National Institute of Communicable Disease and from some provinces show that TB diagnoses have dropped dramatically in 2020 – likely due to COVID-19 and the related lockdown. The Eastern Cape Department of Health has however declined to share information on the TB situation in the province and their catch-up plans. Some activists are concerned about the situation. Luvuyo Mehlwana reports.

After making damning findings on the conditions of some Eastern Cape Hospitals, the Deputy Public Protector recommended several changes the provincial health department had to implement within 60 days. The report was published on 30 June this year. Halfway through the 60 days, people still have mixed feelings about their hospital visits and the provincial health department has little to say about what they’ve done to implement the recommended changes. 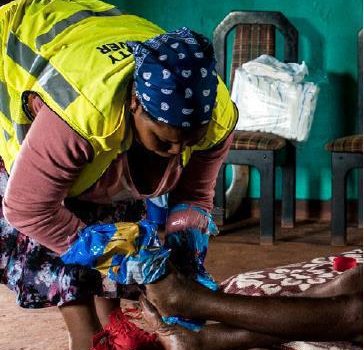