In recent years we have discovered an entirely new form of HIV prevention – providing antiretroviral treatment to people who are not living with HIV in order to prevent HIV infection. Large numbers of studies have been done to determine which specific medicines and which specific delivery methods (pills, gels, or rings) work best. This field is fast evolving. Here is how we see the current state of play.

The most effective form of pre-exposure prophylaxis (PrEP), according to the currently available evidence is a once-daily pill containing the two antiretroviral drugs tenofovir and emtricitabine.

However, the efficacy of this combination pill has varied substantially in different studies. This variation appears to be linked to two factors: the level of treatment adherence and the nature of the population in which the drug is being tested. In almost all PrEP studies, people who take the pills as prescribed have significantly better outcomes than people who do not.

The tenofovir/emtricitabine combination has generally had better results in studies of men who have sex with men (MSM) than in studies conducted in heterosexual women. These differences appear in part to be due to biological differences between the rectum and the vagina – but also seem to reflect better adherence among MSM – at least in the studies conducted so far.

In general though, a pretty clear picture has formed in recent years. If people take tenofovir/emtricitabine daily they are much less likely to contract HIV. With good adherence the risk is dramatically reduced, but there is some recent evidence suggesting that even with perfect adherence the risk is not reduced to zero. We thus recommend that whenever possible tenofovir/emtricitabine PrEP should be taken in addition to using condoms.

Both the World Health Organisation and the Southern African HIV Clinicians Society recommend the use of daily for people at high risk of HIV infection. We fully support this recommendation.

What about the gel and the ring?

Apart from the tenofovir/emptracitabine combination, tenofovir as a pill alone, tenofovir in a gel form, and a vaginal ring containing the ARV dapivirine have also been tested. None of these interventions has been as effective as the tenofovir/emtricitabine pill taken daily.

While there was great excitement about 1% tenofovir gel a few years ago, this excitement has evaporated following a series of disappointing trial results. As with PrEP pills, adherence seems to play a crucial role in how well the gel works. In the key studies conducted on the gel, women generally did not use the gel as prescribed. Whatever the reasons, the failure of 1% tenofovir gel in two very large trials has essentially put an end to hopes of the gel becoming a viable option for HIV prevention.

A more promising intervention is a vaginal ring containing the ARV dapivirine. The ring is inserted into the vagina and then replaced every month. The hope is that such a ring – one that women could leave in place and forget about – would help get around the problem of poor treatment adherence. Two recently reported phase III studies found the dapivirine ring to be effective in preventing HIV infection. There is a snag however: both studies only showed moderate levels of protection – less than 40%. In addition, the findings in both studies had unusually high levels of statistical uncertainty. Thus, while the concept of the ring is very compelling, the efficacy achieved so far does not compete favourably with a daily tenofovir/emtricitabine pill.

While it is clear that governments and donors should invest both in treatment for people living with HIV and in PrEP, there may be situations where policy-makers may feel forced to choose between the two due to resource constraints. A number of modelling studies have teased out the impact these different interventions are likely to have on new infections.

A 2014, study by Alistar and colleagues concluded that universal ART treatment, with either a marginal or a broad scale-up, was cost effective, cost saving, and provided more health benefits than general PrEP. The study evaluated the population health outcomes and cost-effectiveness of implementing expanded ART treatment and oral PrEP in South Africa. Different strategies, in which ART, PrEP, or both were scaled up to 25%, 50%, 75%, or 100% were assessed. In general, the strategies involving a scale-up of ART for all people with HIV averted more infections than the strategies involving an equal scale-up of PrEP for all eligible people. The best strategy considered was a 100% scale up of universal ART (which averts 75% of new infections without any PrEP) and PrEP focused on high-risk populations (which averts 57% of all new HIV infections without any ART scale-up). This strategy costs only US$150 per quality-adjusted life year (QALY) gained and was the most effective of all strategies at preventing new HIV infections.

A 2012 modelling study by Cremin et al came to similar conclusions. They found that “at a population-level maximal cost-effectiveness is achieved by providing ART to more infected individuals earlier rather than providing PrEP to uninfected individuals. However, early ART alone cannot reduce HIV incidence to very low levels and PrEP can be used cost-effectively in addition to earlier ART to reduce incidence further. If implemented in combination and at ambitious coverage levels, medical male circumcision, earlier ART and PrEP could produce dramatic declines in HIV incidence, but not stop transmission completely.”

Apart from the type of cost/benefit analysis described above there is also an important ethical consideration. There is a moral responsibility first to treat people living with HIV – given that since the Strategic Timing of AntiRetroviral Treatment (START) trial we know that all people living with HIV should be offered treatment for their own health.

Marcus Low is an editor of Spotlight.

Kristanna Peris is an undergraduate student at Northeastern University and an intern at the TAC.

By Mike Frick – The world spent less on tuberculosis (TB) research in 2015 than it did in 2009. This decrease in spending does not track a similar decline in TB incidence or mortality. 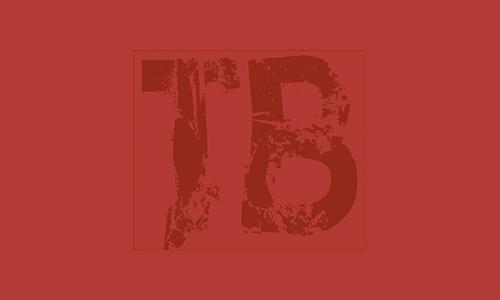 By Marcus Low – Last week the latest estimates from the Thembisa mathematical model of the HIV epidemic in South Africa were published by Leigh Johnson, Rob Dorrington and Haroon Moolla of the University of Cape Town.