Home Blog Latest Analysis: Will red tape hold back mix-and-match vaccine boosting in SA?
SAHPRA has not yet given the green light for any form of mix-and-match, or heterologous, boosting. PHOTO: Nasief Manie/Spotlight

The South African Health Products Regulatory Authority (SAHPRA) this week gave the green light to a third dose of Pfizer’s COVID-19 vaccine to people who had received their second dose of the same vaccine six or more months earlier. No such green light has yet been given for a booster dose for people who received the Johnson & Johnson (J&J) vaccine – although healthcare workers who took part in the Sisonke study are being offered such boosters as part of a follow-up study.

SAHPRA has not yet given the green light for any form of mix-and-match, or heterologous, boosting. Such heterologous boosting may, for example, see people who received a shot of the J&J vaccine being offered a Pfizer booster – an option the South African Medical Association has argued should be given to healthcare workers.

What is SAHPRA waiting for?

It is not unusual for medicines or vaccines to be approved by the FDA or EMA many months before they are approved by SAHPRA. One reason for this is that companies typically first file for registration in the United States and Europe before they do so in South Africa. To some extent, the timelines are out of SAHPRA’s hands.

In Wednesday’s media statement, the regulator said: “SAHPRA is aware of the keen interest in the efficacy and safety of heterologous boosting regimens (so-called ‘mix-and-match’ approaches), and invites submission of supportive data in this regard.”

We asked SAHPRA CEO Dr Boitumelo Semete-Makokotlela who may submit such supportive data. She responded that “while a third party can share these, for the regulator to make changes to the status of authorisation, we will need a formal submission by the manufacturer.”

Our understanding is thus that it is up to Pfizer, and Pfizer alone, to submit data to SAHPRA in support of changing the indication to allow for boosting J&J with Pfizer.

This poses a potential problem. What if Pfizer, for whatever reason, decides not to submit the relevant data in support of heterologous boosting? Our understanding is that there would be no way around such an impasse in the current legal framework. The law could, of course, be amended to allow third parties to submit data in cases where it is in the public interest to allow it – but changing the law within timeframes relevant to this case would require unlikely levels of coordination. Incidentally, safety information from third parties, such as adverse event reports, is considered by SAHPRA.

Relying on other regulators

In recent years, SAHPRA has increasingly made use of reliance pathways. In short, this means that SAHPRA can draw on work that has already been done by other regulators, such as the EMA. Asked whether such reliance pathways could be used in the case of heterologous boosting, Semete-Makokotlela says “Yes, SAHPRA will apply reliance once we have received an application for such.” She points out that no such application has been submitted as yet.

Semete-Makokotlela’s reference to an application being required suggests that the mere fact of the EMA doing an assessment and publishing it on its website will not be enough. It will still be up to Pfizer to submit that EMA assessment to SAHPRA.

One ray of light is that the EMA/ECDC will, in the “near future”, publish “A detailed review of the literature” supporting their advice”. The data to “rely” on should thus be there – it will just require Pfizer to submit it to SAHPRA.

But do we really have to wait for SAHPRA?

In South Africa, medicines can be used off-label. This means that a doctor can prescribe a medicine for use other than that for which SAHPRA has registered it. This raises the question of whether heterologous boosting can be done off-label. In fact, in this case, it wouldn’t even be fully off-label since it would be for the prevention of the same condition for which it is licensed, although it would be for use in a combination other than that for which it was licensed.

What is the Health Department’s view?

We asked the National Department of Health whether it has had any proactive discussions with SAHPRA regarding heterologous boosting, or whether they are taking a wait-and-see approach.

Dr Nicholas Crisp, a Deputy Director in the department responsible for the COVID-19 vaccine rollout, responded by pointing out that the SAHPRA chair and CEO all sit in on meetings of the Ministerial Advisory Committee on Vaccines. “We are all well aware of the evidence and the debates. [The] National Department of Health does not tell the regulator what to do. That would undermine the independence of the regulator,” he said.

“The National Department of Health always acts within the law and respects the regulator (SAHPRA) so will wait for the regulator to approve. They have the specialists on their teams. We also have very experienced people on Ministerial Advisory Committees, so we rely on their guidance. They follow the evidence and advise. It will be exceptional that the minister overrules these structures,” Crisp said.

So what happens next?

The likeliest next step is that Pfizer will submit data to SAHPRA that supports heterologous use of their vaccine. Given that such applications have already succeeded at the FDA and EMA, chances are good it will succeed here.

None of this will happen overnight. In fact, we’d be surprised if heterologous boosters become widely available in South Africa during the current wave of COVID-19.

On the other hand, on this morning’s (Friday) weekly Department of Health media conference, Crisp indicated that homologous boosters will become available from January – with people who had two doses of Pfizer being offered a Pfizer booster six months after their second dose. People who had a J&J shot will likely be offered J&J boosters (also from January), although SAHPRA approval for this hasn’t yet been given.

Whatever the case may be, it probably isn’t a good idea to hold out for your preferred booster. As with Covid-19 vaccines all along, the best booster is simply the first one you can get.

If South Africa wants to strengthen the prevention arm of its HIV programme, which it definitely should, providing comprehensive sex education in schools and training teachers to deliver this curriculum will be vital. It is important that the HIV/AIDS Life Skills Grant, as one of the key pieces of a broader HIV prevention strategy, be supported and strengthened, argue Mbali Baduza and Julia Chaskalson. 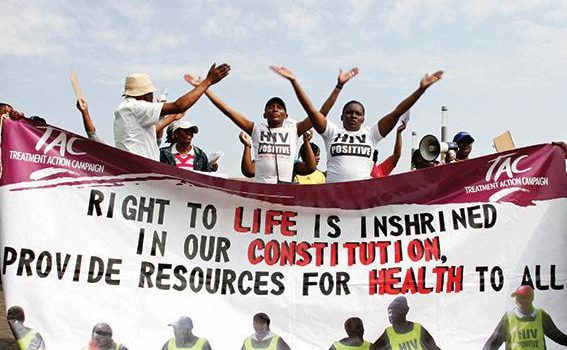 Meeting the challenge of an increasing cancer burden is only possible if there is political will to bridge the gap between our cancer policy documents and the reality faced by thousands of cancer patients in the health system writes Professors Jeannette Parkes and Lydia Cairncross.

By Ntsiki Mpulo – Health minister Dr Aaron Motsoaledi sat down with Spotlight in an exclusive interview. He shares details on how the department plans to target vulnerable groups in efforts to stem the incidence of HIV. He speaks passionately on plans to target adolescents, a little less forceful on decriminalizing sex work and is thin on detail when it comes to men who have sex with men.

Presidential Advisor Dr Olive Shisana and Minister of Health Dr Aaron Motsoaledi appear to have side-lined senior Department of Health and Treasury officials in preparing a new version of the National Health Insurance Bill for submission to Cabinet. Spotlight’s Marcus Low and Anso Thom report on a leaked letter.