Home Blog Latest Behind the scenes: How the first 500 000 vaccine doses administered in SA were secured
Professor Glenda Gray is the President and CEO of the South African Medical Research Council. PHOTO: Wits University

Behind the scenes: How the first 500 000 vaccine doses administered in SA were secured

On 1 February 2021, a million doses of the Oxford/AstraZeneca COVID-19 vaccine produced by the Serum Institute of India arrived at OR Tambo International Airport. Everything seemed set for the country’s vaccine rollout to kick off two or so weeks later.

But just a few days later on 7 February, the devastating news came that a study found the Oxford/AstraZeneca vaccine offered little or no protection against mild-to-moderate COVID-19 caused by the variant of SARS-CoV-2 prevalent in South Africa. Some argued that we should use the vaccine regardless since it might protect against severe disease and death, but the decision was taken not to use it and the vaccines were later sold.

With no other vaccines waiting in the wings, the country’s plans to start vaccinating healthcare workers seemed to be in tatters.

And yet, three months later, close to half a million healthcare workers in South Africa have been vaccinated in the Sisonke implementation study – in no small part due to the can-do attitude of Professor Glenda Gray, lead investigator of the study and CEO of the South African Medical Research Council (SAMRC) and her team.

Faced with the shelved and expiring batch of Oxford/AstraZeneca vaccine doses and with just 14 days to replace them before the rollout to healthcare workers was due to start, Gray outlined SA’s dilemma to a key global colleague.

“I was chatting to (the US-based), Dr Larry Corey, a friend, and colleague with whom I was a co-principal investigator on the HIV vaccine trials network. I told him the AstraZeneca consignment won’t work on our healthcare workers,” she says.

Corey suggested she contact Johnson and Johnson’s (J&J’s), Belgium-based Chief Scientific Officer, Dr Paul Stoffels. Stoffels replied immediately to her e-mail, promising to probe the global availability of spare clinical trial vaccine supplies. Gray mentioned this in a meeting with National Health Minister Dr Zweli Mkhize, who responded with enthusiasm, saying he would support her in any way his department could.

South Africa’s scientists have high standing globally, having led the world in game-changing paediatric and female HIV/AIDS research, winning international respect, particularly in the tuberculosis and HIV fields. COVID-19 also recently claimed the lives of several top local and international researchers, adding sympathy to goodwill in the global scientific community. Many local healthcare workers are also known to have died of COVID-19. This almost certainly greased the wheels of what subsequently happened, Gray believes.

Gray said there was some furious to-ing and fro-ing over that early February fortnight between the co-owners of 200 000 vaccine trial doses – a US administration in the throes of presidential change and J&J. She says her two presidential allies finally managed to secure authorisation for the release of the US-based doses while Stoffels secured the remaining 300 000 from sites elsewhere in the world for shipping to Belgium and Germany and then onward to SA.

“Around 5 and 6 February, vaccines were moved from all over the world to Belgium and Germany – every spare vial was tracked down in that week,” Gray recalls.

“Then when Joe Biden took over as president, we had to restart US negotiations. Luckily Fauci and Kessler were kept on, so they facilitated this. We had 14 days because our AstraZeneca consignment was in quarantine, but we pulled it off – and started the Sisonke trial only two days late,” says Gray.

She adds that the US Health Attaché in Pretoria, Dr Sophia Siddiqui, was instrumental in smoothing the acquisition of the new consignment, with the encouragement and help of Dr Mkhize’s department.

“Without them, we’d probably be sitting at the end of April not having vaccinated any of our healthcare workers. She was a great catalyst in why we were able to pivot so quickly,” he says.

By 6:30 pm on Saturday, 15 May, a total of 478 452 healthcare workers had been vaccinated in the Sisonke study. Mkhize said on Sunday that the remaining doses from the Sisonke study will be used in additional studies to be run by the SAMRC.

Gray says some extremely valuable sub-studies would be conducted. Speaking from the Eastern Cape at the weekend where she was fulfilling a promise to visit healthcare workers who had complained of being ‘neglected’ in the Sisonke rollout, Gray said these studies would center on coagulation, breastfeeding, pregnant women, and HIV co-infected people.

“We want to understand the immune-based thrombosis, plus the safety of the vaccine in pregnant women better. Pregnant women beyond their first trimester can get shots with us from Monday,” she says.

“We’ve now included them in the sub-study from Monday,” Gray says.

Some 700 000 healthcare workers in both the private and public sectors remain unvaccinated. From today, healthcare workers are being vaccinated as part of the country’s vaccine rollout, rather than through the Sisonke study. The vaccination of people over 60 also starts today.

Responding to suggestions that administrative barriers to South Africa’s impending biggest ever vaccination rollout should be removed, Gray said that with a third COVID surge coming, the elderly had to be prioritised.

However, she agreed in broad principle that no vaccine vial should go to waste. “If there are no more elderly people at the end of the day and there are spare vials, they should use them on others and not follow the rule book.”

The main thrust should be that every single Pfizer/BioNTech vaccine consignment now landing weekly at OR Tambo Airport (330 000 doses weekly until end-June when it ramps up to 630 000 per week), plus those from the Gqeberha J&J factory, should be used in the week supplies arrive at each vaccination site.

“For the next couple of months there’s a bottleneck, so we must ensure everything in the country is used. If there’s any surplus anywhere when each new batch arrives, then we’re not doing a good job. There’s a global shortage of these vaccines. Countries are suing manufacturers. We’ve chosen two very good ones, but there’s a big demand out there (globally). Others are far easier to come by,” she says.

Asked what she saw as the biggest current COVID-19 vaccination challenge, she replies, “the confidence to go ahead and not be scared to make mistakes”.

“We all did in the beginning, but we keep learning. There’ll be mess-ups, but we must course-correct and learn.”

Sisonke taught her that South African clinicians and scientists in both sectors were “passionate people, willing to roll up their sleeves and do an extraordinary job.”

Her message to health care leaders? “Teams are important, as are trust and hard work. Make sure your team is willing to go all the way with you. This healthcare worker trial was hard. We basically flogged our people to the end – they were working long hours in clinically sterile research conditions, but they got into their cars each day and drove out to rural areas to deliver an amazing programme. When we stopped for the clotting probe, they itched to get back out there.”

Her top qualities for pandemic resilience?

“A thick skin and good friends. My team WhatsApp’d and called each other every day for emotional support – we kept each other going.”

She estimates having slept an average of five hours per night during the three-month campaign.

On 20 May Free State Premier Sisi Ntombela announced that Godfrey Mahlatsi will replace then head of the province’s health department Dr David Motau in an acting capacity. Refilwe Mochoari asked Mahlatsi about his plans for a department that has seen its fair share of controversy over the years. 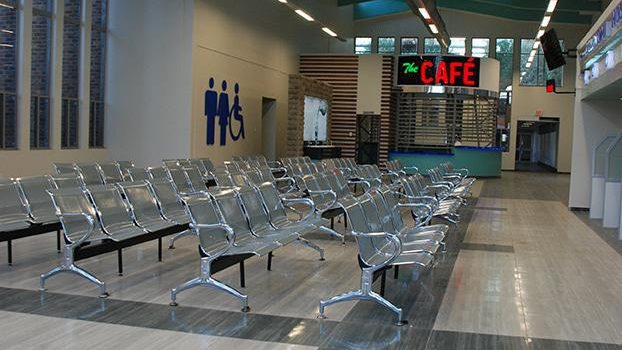 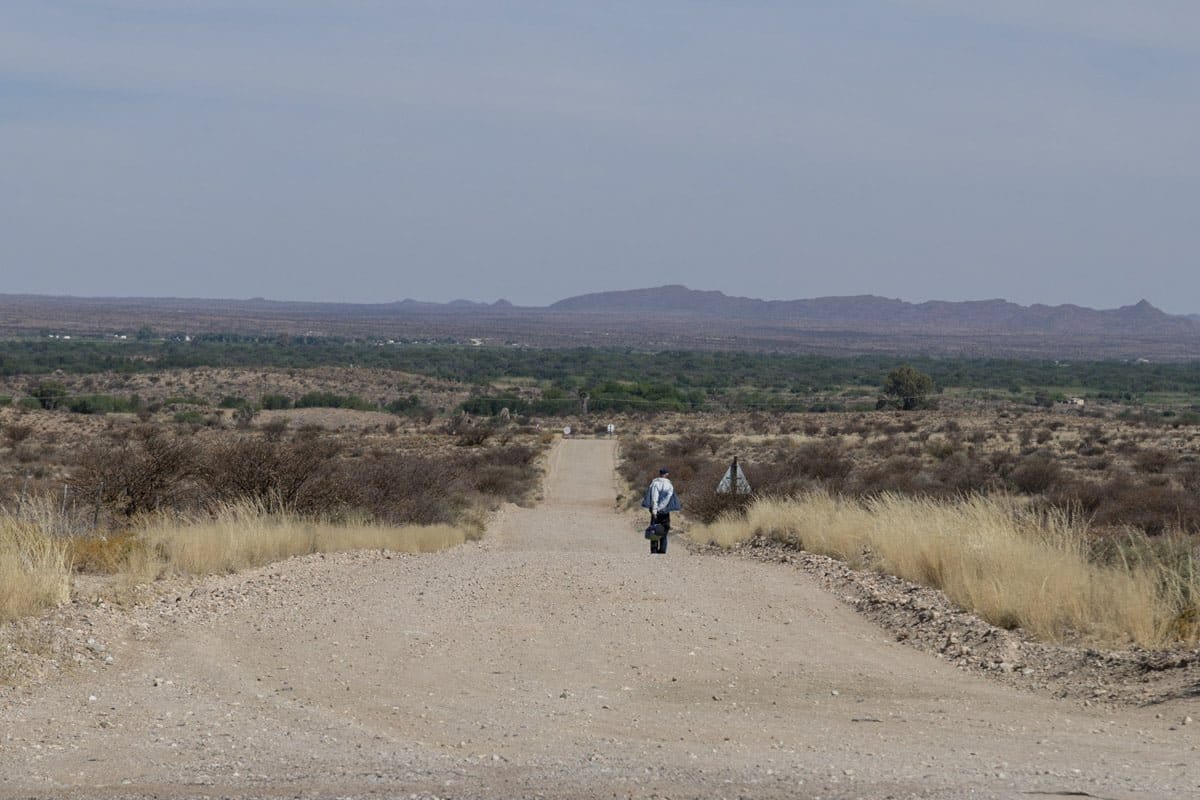