IN-DEPTH: The tangled web of medical device regulation in SA

Technically, South Africa does not currently register medical devices in the way it registers medicines. So what does it actually mean when the South African Health Products Regulatory Authority (SAHPRA) announces that a new COVID-19 test or ventilator has been authorised?

Unfortunately, the answer is not straight-forward.

Medical devices are a catch-all term that refers to an extensive basket of diverse products used in the medical sector – everything from plasters to diagnostic tests, from wheelchairs to medical software, and ventilators to heart stents.

Historically, medical devices have been under-regulated both in South Africa and globally. This has left the door open for the sale and use of substandard and poorly tested medical devices, often at the expense of patients’ health, or even their lives. The marketing of sub-standard masks to prevent transmission of SARS-CoV-2 is a case in point.

According to reporting by the International Consortium of Investigative Journalists (ICIJ), poorly tested medical implants (a category of medical devices inserted into one’s body) have contributed to over 1.7 million injuries and 83 000 deaths in 36 countries (excluding South Africa) over the past decade.

ICIJ’s reporting, published in 2017, led to a flurry of commitments by health regulators around the world to ramp up testing and monitoring of medical devices – many of which remain unmet.

Regulating establishments rather than devices

South Africa does not currently require the registration of medical devices prior to their sale in the country, as it does for medicines. However, as of March 2020, all establishments manufacturing, distributing, and marketing medical devices must be licensed by SAHPRA. This is because such establishments have been “called-up” – which essentially means that they are now subject to a full set of regulatory rules. By contrast, medical devices have not been called up, although, as we will see, they are being regulated in other round-about ways.

Brian Goemans, an independent regulatory consultant, explains that before the new regulations came into force, “anyone could make a hip implant in their garage with no oversight that could be inserted into someone’s body”. But regulating establishments is obviously just part of the solution. As Goemans notes, besides ensuring that establishments uphold quality standards, SAHPRA must also call-up medical devices for registration to ensure their safety, efficacy and quality. 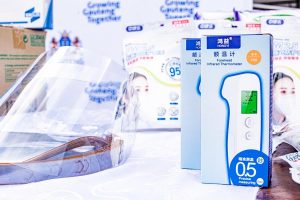 The transitional period has now expired and all medical device establishments operating in the country are now required to hold a SAHPRA license. (Establishments marketing class A devices that are non-sterile and do not have a measuring function are exempt from licensing requirements. SAHPRA classifies medical devices as class A, class B, class C or class D, with class A posing the least risk to patients and users and class D posing the highest risk).

What is a medical device establishment license?

SAHPRA’s spokesperson, Youven Gounden, informed Spotlight that “SAHPRA licence holders will [only] be required to provide evidence of ISO13485 certification upon application for renewal of the SAHPRA licence”, adding that “licences are valid for five years”.

A major barrier for companies seeking to gain ISO 13485 certification is the dearth of companies and groups accredited by the South African National Accreditation System (SANAS) to provide this certification. Regulatory consultant, Simone Rudolph-Shortt, however, notes that putting off verification of ISO 13485 compliance has “allowed companies without experience, a medical products regulatory compliance approach and required quality systems and processes into the market”.

SAHPRA’s plans to call up medical devices for registration

In addition to ensuring that establishments have proper quality management systems in place, SAHPRA is also responsible for ensuring that the actual medical devices marketed in the country are safe, effective and of good quality.

When SAHPRA registers medical devices, it will have to ‘call-up’ certain products or product classes for registration through publishing a call-up notice in the Government Gazette. Such call-ups for most categories of medicines have been published decades ago.

A draft call-up plan available on SAHPRA’s website provides detail of what this process may look like. It explains that SAHPRA will use a risk-based approach in calling up medical devices for registration that prioritises the registration of more risky products, and products important for public health. Product call-ups will cover medical devices already sold in South Africa, as well as new medical devices being brought into the market. 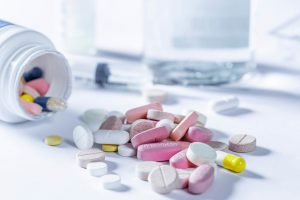 Quasi-registration in the absence a product call-up

As part of the previously mentioned medical device establishment licensing process, companies must supply SAHPRA with a list of medical devices that they will manufacture, distribute and/or wholesale in the country. Each time licensed companies bring a new product to market, they must apply for an amended license. Besides listing each medical device that will be marketed, companies must also provide evidence of the safety, efficacy, and quality of certain products as part of their establishment license application.

Elsabé Klinck, a specialist in regulatory and health law, explains that “the initial purpose of the list was to provide SAHPRA with insight into what medical devices were on the market, and what regulatory expertise would be needed for the call-up of these products”. She argues, however, that the list has been misused and is now being used by SAHPRA to ‘quasi-regulate’ medical devices in the absence of legally required product call-ups.

For products classified as medium to high risk, license applicants must provide proof of pre-authorisation or registration in Australia, Brazil, Canada, the EU, Japan, the US, or alternatively of pre-qualification by the World Health Organization as part of their establishment licensing applications.

Andrea Julsing-Keyter, Senior Manager of Medical Devices at SAHPRA explained in a Wesgro Webinar on 12 August, that “SAHPRA’s regulatory model is definitely one of reliance, so what we always say is especially for class C and D, our high risk products, we do require you to provide evidence that those particular devices are registered in the six jurisdictions that we recognise”. (Reliance refers to “relying” on registration or authorisation in other countries.)

However, the lack of local processes to test and certify products may disadvantage local companies who need to have their products registered overseas to sell them in South Africa. Goemans says that “SAHPRA at this stage is an administrative function and has no capacity to test devices” adding that “local companies have to go offshore to get authorisation to bring products to market using SAHPRA’s reliance model”.

During the Wesgro Webinar, Julsing-Keyter noted that “for all serology test kits we are not applying a reliance model”. “We are doing an in-country evaluation before we allow listing.” She said that South Africa could not rely on recall processes after allowing unvalidated serology tests into the market, as done in the United States, or on self-declarations, as used in Europe.

All serology and molecular diagnostic tests must undergo testing by the National Health Laboratory Service to ensure they meet specifications set by SAHPRA before entering the market. Several industry members who spoke to Spotlight off-the-record due to fears that criticising the regulatory body would harm their or their clients’ licensing applications, noted frustrations with SAHPRA’s processes for authorising COVID-19 tests.

Industry members protested that they could not import samples and/or stock to screen and test products prior to applying for and receiving a SAHPRA license. They also said that SAHPRA guidance had come late in the pandemic and was often changing. Industry members also expressed concerns regarding a lack of transparency and communication from the regulator on why some diagnostic products were authorised (via Section 21), while others were rejected or appeared stalled in the regulatory process.

While SAHPRA’s decision to locally validate all COVID-19 test kits and its caution in authorising the tests has been met with criticism by some, experience gained by the regulator in validating and authorising COVID-19 tests may open up a new pathway for local testing and validation of IVDs following their call-up for registration.

In the absence of medical device registration processes in South Africa, SAHPRA has embraced Section 21 authorisations to control the introduction and marketing of medical devices used for COVID-19. To date, SAHPRA has issued multiple Section 21 authorisations for the importation and/or marketing of unregistered molecular and serology tests and ventilators in South Africa.

A Section 21 authorisation is a legal mechanism by which SAHPRA gives permission for the importation and/or sale of an unregistered health product into the country on specified grounds. It does not typically require the same level of evidence of quality, safety and efficacy as full registration (legally full registration is only possible after a call-up).

Several industry members who spoke to Spotlight criticised the use of Section 21 authorisations for COVID-19 medical devices. Regulatory expert, Mark Banfield, says that “application of Section 21 is only appropriate for registerable products”. “By using Section 21 for medical devices, SAHPRA indicates that it has effectively done a call-up without having fulfilled the legal requirements of doing so.”

Klinck added that “in 2017 the MCC issued a resolution that no medical device requires a Section 21 because none have been called up for registration”. “This remains in place until it is revoked.”

Using Section 21 to oversee the safety, quality and efficacy of COVID-19 medical devices, while side-stepping a product call-up has also enabled SAHPRA to respond fairly quickly to the proliferation of medical devices entering the market for COVID-19 without undergoing the time-consuming processes of stakeholder consultation required for a product call-up.

Despite SAHPRA’s efforts to increase regulatory control of personal protective equipment (PPE) during the COVID-19 pandemic, including providing explicit guidance on which types of PPE can only be imported, distributed or sold by medical device establishments holders and designating certain hand sanitisers as medicines, unregulated products have flooded the market and received tenders worth millions of rands.

Julsing-Keyter noted during the Wesgro webinar that “we have had quite a few issues of very poor quality masks going out there claiming to be N95 or KN95 and high filtration, then the quality is exceptionally poor”. Julsing-Keyter implored stakeholders to report the sale of unlicensed and substandard medical devices to SAHPRA, adding that “we are geared up to investigate those and recall whatever we need to”.

Multiple stakeholders, however, noted frustration with what they saw as inadequate enforcement of licensing requirements by SAHPRA which disadvantaged companies ‘playing by the rules’. One stakeholder suggested that SAHPRA go after the Department of Health for its contravention of the Medicines Act in procuring PPE from unlicensed establishments, and customs for letting them into the country.

In addition, National Treasury appears to have effectively undermined SAHPRA’s requirements in its Note 5 of 2020, which made no mention of either SAHPRA or required establishment licensing in its prescribed emergency procurement procedures for COVID-19 PPE.

National Treasury did not respond to requests for clarification on the note, or how tender processes may enforce or undermine SAHPRA’s licensing requirements. Doctors in North West province say that only around half of the medicines on the province’s essential drugs list are currently available and that this is severely impacting the level of care they can provide. UFRIEDA HO reports.