Special investigation: Claims of 90-90-90 success in KZN districts were premature

Last year KwaZulu-Natal celebrated three districts’ achievement of the UNAIDS 90-90-90 targets. But celebrations may have been premature, as new data shows that no district in KZN in fact met the targets. Spotlight visited one of the districts and spoke to some of the people that might be part of the reason why.

It’s another Wednesday morning in Jozini in northern KwaZulu-Natal, and children are off to school. But, 15-year-old Luyanda has other plans.

“He would rather be on the soccer field than in school”, says Snindile Nyawo, Luyanda’s aunt. Education rates in Jozini are low with only 33% of people completing grade 12, and 22% without any education at all, and like many teens in the area, Luyanda has dropped out of school.

He tells Spotlight it’s because he doesn’t have a uniform, his aunt rolling her eyes and shaking her head. While Luyanda’s affinity for soccer may be part of the reason he’s avoiding school, there’s something else he’s been avoiding for much longer.

Tall and well-built, Luyanda grabs a rag in soapy water used to clean the morning’s dishes and starts scrubbing the steps of his aunt’s home. He lives with his aunt and 9 other people on a small homestead overlooking picturesque lake Jozini. His mother passed away from HIV when he was very young, but Luyanda doesn’t want to get tested.

Nyawo says Luyanda’s older brother was infected as a result of breastfeeding from their mother and is concerned that Luyanda may be the same.

“I had a vision about being negative,” he tells Spotlight, scrubbing the steps harder, “I would rather die than take treatment.”

Luyanda thinks he’s fine considering he’s lived to be 15 already, but his attitude about testing and knowing his status could influence younger members in his family and in future, a sexual partner.

According to the 2019 Child Gauge (an annual publication tracking child health in South Africa), young people (15 – 24) account for over a third of new HIV infections, and young women are three times more likely to become infected than young men.

While Luyanda is just one example of someone choosing to not access care, his story speaks to a larger concern of more people in his community who are doing the same.

At the end of November of last year, Health Minister Zweli Mkhize celebrated three districts in KZN that had reportedly achieved the 90-90-90 targets. Mkhize said that the Ugu district had achieved the targets, while the uMzinyathi and uMkhanyakude districts had either achieved or were about to achieve them within the next month. In December Mkhize would be quoted indicating that uMkhanyakude has reached the targets.

KwaZulu-Natal Premier Sihle Zikalala also lauded the achievements of the three districts, particularly because they beat the 2020 achievement date set by UNAIDS by a year.

While Mkhize and Zikalala celebrated last year, new data from the 2018/19 District Health Barometer tells a different story. According to the Barometer, as of December 2019, the highly praised Ugu district had not yet met the second target with reported figures of 93-87-93.

The Barometer states that in order for Ugu to meet the target by the end of 2020 more focus was needed on getting adult men and children on treatment. Ugu’s struggle to achieve the second 90 is common, and shared by the uMkhanyakude district.

According to the Barometer, uMkhanyakude has achieved the first and third targets, but falls short on the second. As of December last year, uMkhanyakude had achieved 93-85-94. Children are the biggest gap in uMkhanyakude’s numbers, with only 62 percent of children living with HIV initiated on treatment.

Similarly children pose the greatest challenge to the uMzinyathi district, which needs an additional 1 500 children initiated on treatment before the end of this year to fully meet the targets. As of December 2019, uMzinyathi is reported to have achieved 93-90-88, and while not yet achieving the UNAIDS targets, is slightly closer than the other two districts.

We asked the KZN Department of Health if they could explain the differences between the numbers in the Barometer and the claims made last year that the three districts had already met the targets.

“The differences that you’re nit-picking from the 90-90-90 achievements are too minuscule, and the figures will improve,” responded departmental spokesperson Agiza Hlongwane.

During Spotlight’s time in Jozini, we spoke with two local organisations who work in the community to provide outreach and support services for families and children affected by HIV. Siyaphambili Qondile and the Ubombo Drop-In Centre, both expressed disbelief that the district had actually achieved the targets.

“I don’t think we can verify the 90-90-90,” says Erick Ngubane, a social worker from Ubombo. “On paper they might say that, but in reality, when you go to visit the families you cannot actually support that statement. Defaulting is quite common, and it’s accelerated by hunger.”

The issue of defaulting on treatment as a result of hunger seemed to be widespread in Jozini. Previously Spotlight reported on the shocking levels of child hunger in the province, and startling figures of malnutrition related deaths.

Similarly, Siyaphambili didn’t believe that the district had achieved the targets because stigma remained an issue in the community, particularly for women. Project Manager Nokulthula Dladla said that men seldom went for testing, and rather placed the burden on their female partners.

“If the woman comes back positive the man asks where they got it from, because it couldn’t have been them,” she says.

Dladla adds that people in the community often travelled to other clinics outside of the area to avoid being seen, and questioned how the district could monitor a statistic when people were receiving treatment from more than one facility.

Mabuyi Mathe lives on the north banks of the Pongola river in Jozini with her 5-year-old son.

She pulls at pieces of thorn bushes and sticks, moving them aside to reveal a rusty piece of metal that serves as the gateway to her garden. The animals, like the people, are hungry, and will happily destroy fencing to get their next meal. Young vines and brightly shaded leaves mean pumpkins in a few weeks, and thin healthy stalks next to them mean mealies. The garden is small, but an exciting prospect for Mathe and her son.

After closing the thorny gates, she walks towards a small cement structure, wipes her feet and invites Spotlight into her home.

The room is small with a double bed, wooden wardrobe and a few plastic shelves. She pulls out an empty Zamalek from under the bed that was repurposed as a candle holder; lights the candle and opens the wardrobe. She takes out a small bottle of pills and a parcel from one of her bags.

Although Mathe has her ARVs for the next few months, she has little food to go with them. A handful of baby potatoes, a bottle of spice mixture and empty margarine containers occupy the space on the plastic shelves.

Without food, she struggles to take her treatment because of the side effects. Sometimes she asks the neighbours for maize meal to mix with potatoes or “umfino” – an edible weed – but they too face the same challenge. “I used to be big,” she says looking away as tears filled her eyes, “but now I’m like this”.

While Mathe will be counted as being on treatment and contributing to the achievement of the second 90, she is certainly not thriving.

Gaps in the numbers

While community members and organisations in Jozini are wary of the district’s reported achievement, Dr Kobus Herbst from the African Health Research Institute (AHRI, formerly Africa Centre) in the southern part of Umkhanyakude, shares his insights on the importance of the targets.

Herbst is the Director of the South African Population Research Infrastructure Network (SAPRIN), which monitors data from three health and demographic surveillance sites (HDSS) in Limpopo, Mpumalanga and KwaZulu-Natal. All of the sites are in rural areas, and are made up of 100,000 to 150,000 people who are closely monitored by SAPRIN.

By closely tracking each population site, SAPRIN has been able to better understand community behaviour, HIV infection, and the effectiveness of treatment. So far, SAPRIN’s research has shown a direct relationship between treatment and viral suppression, and an increase in life expectancy.

Herbst says that SAPRIN also offers a rapid blood spot test when working with population sites as a way to help residents link to care. In terms of remaining in care, AHRI has systems in place at clinics that ensure patients from a site are linked back to the data.

The importance of the 90-90-90 targets is not with the numbers themselves, says Herbst, but what they represent.

“[On an] individual level, if you link to care and are on treatment then you can lead a much longer life,” he says.

“We’ve learned that by reducing the viral load and making it undetectable people cannot transmit the virus, so the impact here is on the transmission of the virus and new cases. Every person who is on ART has an impact beyond them in that they reduce the risk of infection, and so it becomes a preventative measure.”

As is the case with Luyanda, Herbst says that linking people under the age of 25 to care and retaining them in care is a definite gap. “They’re a vulnerable population,” he says.

While adolescents have a longer life expectancy should they remain on treatment, the relationship between older males that are not in care transmitting HIV to adolescent women, is concerning.

Herbst points to another gap in the 90-90-90 targets, specifically in terms of viral suppression.

“There is quite a big dependence on using the lab results, [and] if you look at those results more than 90 percent of viral loads received by the national laboratory service show a suppressed viral load. But, there are a group of people on ART who are in care, [but] whose viral loads are not being measured.”

Herbst adds that if their viral loads were to be measured, they would not be suppressed simply because they are not fully in care.

“Defaulters are not picked up by the clinic, but also they may not be defaulting, they may be taking [treatment] but resistance has emerged. So, in spite of that, their viral load increases.”

“We can never take for granted that once we reach 90-90-90, that it will continue without constant vigilance,” he says.

The top priority in our HIV programme should be to make it as easy as possible for people to start and stay on treatment. Yet, as a number of provincial reports released this year by community monitoring group Ritshidze have shown, there are many healthcare system factors that work directly against this objective. Spotlight editor Marcus Low considers some of the potential solutions.

By Marlise Richter – The US President’s Emergency Plan for AIDS Relief (PEPFAR) should end its anti-prostitution pledge.

Depo-Testosterone, an affordable injectable hormone, has been out of stock in South Africa for more than three months. The shortage has been described as life-threatening. Karin Schimke reports. 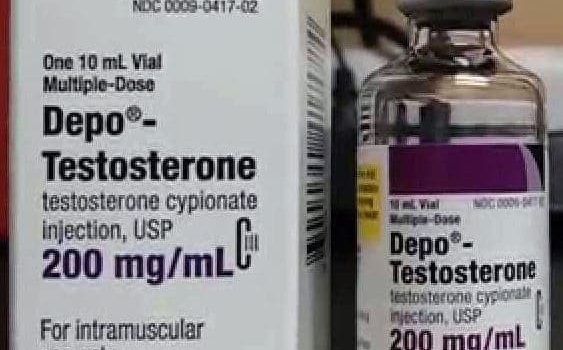