Home Blog Latest Are we ready for NHI, among many questions in North West
PHOTO: ParliamentRSA

Are we ready for NHI, among many questions in North West

The third and last round of the public hearings on the National Health Insurance (NHI) Bill in the North West province wrapped up early at the Matlosana Local Municipality in Klerksdorp on Saturday.

Parliament’s Portfolio Committee on Health held the province’s previous two public hearings in the districts of Bojanala in Rustenburg and Dr Ruth Segomotsi Mompati in Vryburg. The North West is the seventh of South Africa’s nine provinces to host public hearings.

In Matlosana, the hearings were held at the Klerksdorp Recreational Centre – a venue that was not particularly easy to find for some people. The venue is outside the bustling Central Business District and far from the township of Joubertina. People were however bussed in to the meeting and some food parcels were handed out.

Saturday’s hearing was attended by only around 200 people.

The hearings started late and ended early. According to the committee chairperson Dr Sibongiseni Dhlomo, this was because the committee was still “monitoring the situation” in the city. “We experienced some logistical challenges to get all the people here who were planning this hearing,” he said.

Some people Spotlight spoke to in the town said they did not know where the hearings are held or what the finer details of the NHI entail.

Mabilo Thulo, a taxi driver in the city centre, said he would have loved to be there had he known about the hearings happening in Klerksdorp.

“I work in the environment that demands me to be in the driver’s seat for eight hours. It would have been better if the hearings were closer to the [taxi]rank or even at the civic centre. [The]Recreational Centre is far out. I didn’t even know where it was until you told me.”

At the hearing Dhlomo said that the Bill proposes universal health coverage for all South Africans irrespective of their station in life. “These include young and old, poor and rich, man and woman, rural and urban, children and the elderly. All South Africans are to be covered irrespective of whether they can pay or have money in their pocket,” he said.

“The Bill is proposing that you should be assisted if you need help [with] health irrespective of whether you have money or not. The Bill proposes what it calls a financial protection of citizens that citizens must be protected financially if they are sick and not fear to receive treatment because it is impacting their pockets.”

But some residents still had reservations.

“I don’t know if we are ready,” said Priscelda Phaswane, (not her real name because she fears reprisals) who works at the Matlosana Local Municipality.

Phaswane said she thinks that we need time, for example, to pilot the system properly because many areas, especially in the rural areas, has not been piloted.  According to her the service levels at public health facilities are shocking. So, given the poor service in the public health care facilities, won’t NHI compound the problem instead of helping, Pashwane asked.

“It is not true that money is not enough to provide quality health care. Money in the health care sector is not being spent efficiently and much of it is also lost due to corruption,” she said.

“This NHI speaks to the fact that government will decide what illness will be covered, which doctor you will see, how much the doctor will be paid, what medicine you will get and how much will be paid for the medicine, which patients the doctor will see or don’t see. It is going to pretty much decide on every aspect of our health care.”

“Bill does not speak to shortages”

She said the Bill does not speak to the current shortage of facilities, equipment and medical provisions.

“It does not speak to where the money is coming from other than through taxes. Three and half million people are already responsible for 56 million plus people. And my personal opinion is that we are slowly moving from a democracy to socialism and I’m worried.”

Ward councillor in the municipality, Wolfgang Bullhorn said he feels honoured to have two of his daughters practicing as pharmacists. “One works in Nongoma in [the] private [health sector] in KZN, another works at a provincial [health facility] in Sebokeng and Kopano in Gauteng. She has to turn patients away for some days until she gets the medicine. Clinics in Nongoma rely on private pharmacists for medicine because the hospital where my daughter operates is 100 km away,” Bullhorn explained.

“What I want to know before NHI comes into effect is how will they help private pharmacists? How are you going to staff [facilities] with pharmacists when we now have shortages? Here in Matlosana the closest clinic is 10 km away. I have a mixed ward. I have a lot of old people who cannot travel 10 km to a clinic. What have been requested are more clinics closer to the people. We want to see legislation that will bring clinics to the people. Service has collapsed in this area.”

Ntsoaki Zulu from Gauteng who works for the Department of Higher Education and Training, drove to Klerksdorp for the hearings because she says the hearings in Gauteng comes a bit later in February and therefore she could not wait for that time to arrive. She is a mother of two and married and she has stage 4 breast cancer that was diagnosed in 2017.

“The cancer has progressed since last year and as I speak to you I’m on chemotherapy,” she said.

“I’m for the NHI.  However, I have been denied medical treatment by the private medical aid I belong to which I’m not going to mention here.” She recalled a series of troubles she had with her medical aid. “The plan is comprehensive and sets me back a cool ten thousand rands, yet I’m denied treatment. The medical aid has also belittled me by trampling on the universal health rights that [the] chairman has mentioned in his opening statement,” she said.

“Mr Chairperson I understand that NHI is an incremental process, however I need help now to prolong my life for the sake of my children. The problem is the costs of Perjeta. I need your intervention urgently.”

Another resident Mawethu Makeleni who works as a caregiver to the elderly said most people are under the impression that NHI is like any other insurance where you make monthly contributions.

“I want clarity. Is there anything that we need to contribute?” he asked. “We have a problem with the public hospital in terms of staff shortage, ambulances and how will the NHI make a difference. People die while waiting for ambulances. Why is the fund not directed at the issues that I raised rather than be used for NHI. The health care service has collapsed as the gentleman before me has said.”

“Our health system is in a crisis not only in the public sector. It is the entire system that is in crisis. The problem is the distribution of resources between the public and private sector,” she said.

“For the NHI to be successful, government departments have to have good working relationships so that issues of housing, water, food and poverty, education and all determinants of health can be fully addressed. 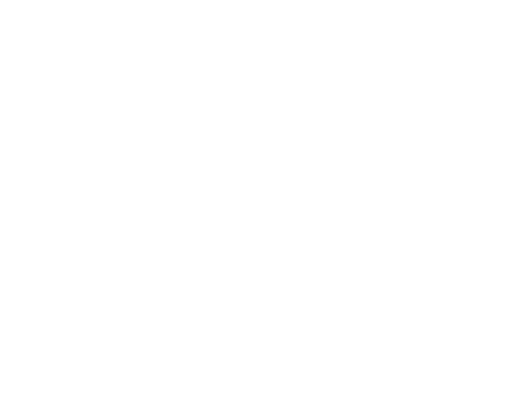 If these public hearings on the NHI Bill is democracy in action – we are in trouble, writes Alicestine October.

Health Minister Zweli Mkhize says South Africa desperately needs to address the increase in the prevalence of Non-Communicable Diseases as measures to address NCDs to date have not had enough of an impact.