With little progress being made in certain areas of child, adolescent and maternal health, Kathryn Cleary spoke to the experts to outline the top 10 issues to watch for the new year and the new decade.

1. Can more provinces reduce under 5 mortality?

In South Africa, 1 in 31 children die before their 5th birthday, and though the country has made great strides in reducing the under-five mortality rate, one age group remains particularly vulnerable.

According to the 2019 Child Gauge published in December by the Children’s Institute at the University of Cape Town, the neonatal mortality rate has fluctuated somewhat since 1997. This rate has failed to drop any lower than 12 deaths per 100 000 live births.

Spotlight analysed the 2018/2019 neonatal mortality rates in different provinces and found that the majority did not show decreased death rates. According to provincial health department annual reports, reasons for this included overcrowded and understaffed hospitals, poor infrastructure in neonatal units, and high infection rates as a result.

Recently, the Gauteng Department of Health confirmed that 10 neonates died at Tembisa Hospital as a result of a bacterial outbreak between November and December of last year. The hospital’s neonatal unit has only 44 beds but reportedly admits almost 90 patients. Gauteng was nevertheless one of only a few provinces to reduce their neonatal mortality rate in 2018/2019.

2. Are pregnant women accessing care in the first 20 weeks?

The Gauge reports that in 2018 just over a quarter of pregnant women did not access antenatal care within the first 20 weeks. Antenatal care can help healthcare practitioners detect early risks such as HIV and diabetes. Antenatal care is part of a child’s first 1 000 days of life, which are critical for a child’s further development.

Most provinces report successfully increasing their percentage of antenatal visits before the first 20 weeks in the 2018/2019 year. Provinces that failed to reach their targets cited late bookings as well as the late presentation of teenage pregnancy due to fear of stigmatisation and cultural shaming.

3. Can we further reduce stunting and hunger?

South Africa has made great strides in reducing child hunger to 11 percent (child hunger is defined as children living in households who reportedly go hungry “often”, “sometimes” or “always” due to a lack of food) , but although some children may not be hungry, they may not be getting the nutrition they need.

As a result, children are often stunted, malnourished or overweight. Stunting is when a child’s height-for-age is below a certain  threshold (see the WHO’s short explanation here). Stunting rates in the country have remained high at over 27 percent, and have seen minimal change in the last 20 years.

In terms of child hunger, the Gauge reported that for 2018, KwaZulu-Natal had the highest number of children living in households with child hunger at 753 000. This was two to four times more than other provinces, and accounted for over a third of South Africa as a whole.

For under-five mortality, malnutrition related deaths accounted for half of hospital deaths.

4. Can we increase immunisation rates in rural areas?

Provincial annual reports have noted positive trends in vaccination rates for children younger than one, and data from the 2017/2018 District Health Barometer estimated immunisation coverage at 77 percent. However, this national average is not reflective of the disparities in immunisation coverage between urban and rural districts.

For a facility in an urban area, access to vaccines and the equipment to store them properly is easier than a rural clinic. In the Eastern Cape for example, the province reported that during the 2018/19 financial year, only 72 percent of children were vaccinated, compared to their target of 87 percent.

Immunisation rates are an issue to watch given the country’s struggle with stock-outs and shortages, but also the differences in healthcare access in urban and rural communities.

5. Can we help more adolescents stay healthy and alive?

Adolescent health as a category is very broad, but there are issues within the category that need urgent attention.

“Our research has shown that it is the intersectionality of multiple issues that makes adolescents’ health experiences a major issue. For example, the combination of structural drivers such as extreme poverty and inequality with poor access to education and mental health has been linked to higher rates of early unintended pregnancy and increased risk of HIV infection,” they said.

The Gauge reported that mortality and morbidity among adolescents stem from communicable diseases like HIV/AIDS and TB, as well as injuries and violence. HIV incidence is extremely high among adolescents who account for over a third of new infections. Young women are also three times more likely to become infected than young men.

Together, Atujuna and Toska have done research to document the impact of physical and emotional violence on adolescents. “Integrating violence prevention within our HIV response and improving access to family planning and comprehensive sexuality education are key to our efforts,” they added.

6. What steps will be taken to reduce rising obesity rates?

Along with stunting and hunger, obesity is the third part of the triple burden of poor nutrition in children and adolescents. The “triple burden” as described in the Gauge is undernutrition, overnutrition and micronutrient deficiencies. In other words – malnutrition, stunting and obesity.

Lake told Spotlight that obesity was rapidly rising over time, particularly between childhood and adolescence. This has serious implications for the development of non-communicable diseases (NCDs) in adults.

Combating obesity requires a thorough look at the current food system and a push to make healthier foods more affordable and widely available as opposed to processed, high-sugar foods.

7. Will more finally be done to combat childhood TB?

TB prevalence in children is not only an issue to watch, but a topic that requires significantly increased research and awareness.

Currently, provincial annual reports do not distinguish between TB prevalence in children and adults. As a whole there is limited data on child TB.

“We don’t know what the [current] prevalence rate is,” said Lake. “That’s partly because it’s not seen as a priority because it’s slightly harder to diagnose in children. The concern is, are we following through and doing active case finding and making sure we’ve identified an adult with TB [and] that we are putting protections in place for children.”

There is also a call for more child-friendly TB drugs.

In 2017 the National Department of Health reported that TB accounted for only 1 percent of under-five deaths, but this estimate may not be particularly accurate due to the difficulty of diagnosing TB in children. 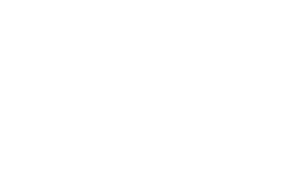 8. How will we manage the impact of climate change on children?

The consequences of climate change impacts everyone, but children are more at risk of health and developmental challenges as a result. As South Africa continues to experience prolonged periods of drought and extreme weather, children may face greater risk than adults.

While the country has made progress in improving access to safe water and sanitation, drought-stricken areas mean diminished water supply and greater risk of infection. Drought also affects food supply and subsequently can contribute to malnutrition.

9. Will NHI be changed to make specific provision for children’s health?

Previously Spotlight reported that children’s health was missing from the National Health Insurance (NHI) Bill. Though the Bill recognises a child’s right to healthcare, there is little information on an Essential Package of Care for children. These would include norms and standards, as well as information about paediatric essential medicines and child health support teams such as district clinical specialist teams (DCSTs).

Provinces have already worked to establish DCSTs, but should the NHI not include these teams, children’s health could lose significant traction and leadership.

In the White Paper on NHI, DCSTs are mentioned as well as ward-based outreach teams and integrated school health programmes (ISHPs). In the Bill, mention of “district specialist support teams” is in one of the amendments.

The Gauge has further called for the NHI to include representatives from the child health sector in decision-making processes relating to NHI.

One of the all-encompassing issues to watch for this year is the push for leadership in children’s health. Though provinces have established DCSTs and other outreach teams, shortages of paediatric specialists and staff leave many of these teams incomplete, particularly in rural districts.

“There may be a need to have a closer look at the composition of those teams, because they play such a central role in really evaluating the state of child health at district level and identifying areas that need quality improvement,” said Lake.

The Gauge continuously calls for leadership at a district, provincial and national level. Aside from the DCSTs, only three provinces have provincial paediatricians which has been an ongoing recommendation by a child health advisory committee to the Health Minister.

“Without that leadership, child health is likely to get lost,” said Lake.

The Department of Basic Education (DBE) has launched its new National Policy on HIV, STIs and TB. Is it good enough? And how can it be improved?

Spotlight first interviewed physician and infectious diseases specialist Dr Arifa Parker in May last year as South Africa’s first wave of COVID-19 was building up. Eleven very difficult months later, Bienne Huisman checks in with Parker to hear how things are going on the frontlines at Tygerberg Hospital.