Provinces not on same page regarding clinic committees

Information recently presented in parliament sheds light on how many clinic health committees there are in each province and how many members these committees have. Such clinic committees are a requirement in terms of the National Health Act, but provinces have some flexibility in determining how these structures should be constituted and how they should function.

In an ideal world clinic committees will help to ensure that clinics, and the healthcare system, remains responsive to the needs of communities. Unfortunately, as stated in the NHA Guide, committees “remain insufficiently governed and have various weaknesses including political interference, lack of knowledge of roles (among committee members, community members and health facility management), lack of empowerment and lack of funding”.

Mkhize also shared figures showing that the size of clinic committees differs substantially between provinces. In the Northern Cape the average clinic committee has only five members, while in the Eastern Cape and KwaZulu Natal committees on average have 15 members. (We mention averages in the above, but it is possible that all committees in a province are the same size.)

The national average is just over 10 members per clinic committee.

Here is a slightly modified version of a table that Mkhize shared in his parliamentary response. We added a column with the average number of committee members in each province.

According to Mkhize, members of clinic committees only receive renumeration (to cover costs) in four of the nine provinces – typically either R200 or R500 per quarter. Some variation is to be expected given that travel distances might vary. The provinces that provide renumeration are Eastern Cape, KwaZulu-Natal, North West and Western Cape. There might also be some variation between districts.

*Note: SECTION27 is mentioned in this article. Spotlight is published by SECTION27 and the Treatment Action Campaign but is editorially independent. This independence is jealously guarded by the editors. Spotlight is a member of the Press Council.

Medico-legal claims in the public healthcare sector have been sharply increasing since at least 2014 and are taking huge bites out of already stretched provincial budgets. Motheo Brodie and Sasha Stevenson of SECTION27 assess what impact a recent court judgment and proposed legislation might have on the problem.

While the Digital Vibes scandal has no doubt presented President Cyril Ramaphosa with a massive headache, it has also presented him with an opportunity. In appointing a new Minister of Health, he can set South Africa’s COVID-19 response on a sounder footing. We should soon know whether this is an opportunity he is ready to take, writes Spotlight editor Marcus Low.

In February 2018 the Medicines Control Council was replaced by the South African Health Products Regulatory Authority. Spotlight sent SAHPRA 12 questions to gauge how things are going with the new regulator.

Part 1 in the series ends with the statement that we have become complicit with a horrendous status quo. We kick off Part 2 with some suggestions about how we can change this. 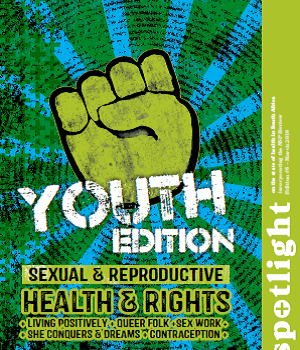 Working with Groote Schuur Hospital’s frontline COVID team, Psychiatry Professor Jackie Hoare help manage the mental health of patients admitted with severe COVID pneumonia and also the mental health needs of fellow healthcare workers. Bienne Huisman caught up with her to talk about providing counselling at the bedside of COVID patients and how we deal with the complexities of grief in a time of COVID-19.