Despite being an ancient disease, tuberculosis (TB) remains the world’s leading infectious disease killer from a single infectious agent. For decades effective preventive therapy has existed, but has not been widely used. Recent optimism about a shorter and safer form of prevention therapy has been dampened because of its high price. While price negotiations continue behind closed doors, Spotlight asks when this new therapy will become available in South Africa.

A quarter of humanity is infected with the TB bug, according to the World Health Organisation (WHO). If left untreated, TB infection can develop into active TB disease, the form of TB that makes people sick and is capable of being transmitted from one person to another.

Only a small percentage of infected people, up to an estimated 15%, ever progress from TB infection to active disease, but the rates are much higher in children as well as people living with HIV and other diseases affecting the immune system. South Africa’s high rates of HIV raise this risk tremendously.

Additionally, while the global levels for infection with the TB bug, known as latent TB infection, are high, they are much higher in South Africa. “More than half of the South African population has latent infection,” says Professor Harry Hausler, chief executive officer of TB HIV Care. “The idea is to treat this latent infection so that it doesn’t progress to TB, and the focus up until now has been on people living with HIV because of their higher risk.”

According to Lotti Rutter of Health GAP, an international HIV advocacy organisation with a presence in South Africa, despite the fact that “people living with HIV with latent TB infection are 21 times more likely to develop active TB than HIV negative people, and one third of all HIV-related deaths are due to TB, fewer than one million people with HIV were started on preventive TB therapy in 2017”.

A large proportion of these were in South Africa, mostly receiving the drug isoniazid. So-called isoniazid preventive therapy (IPT) has to be taken for anything from six to 36 months.

According to Deputy Director General at the National Department of Health (NDoH) Dr Yogan Pillay there was a slight increase in the number of newly diagnosed HIV patients started on isoniazid between 2017 and 2018: from 40 7602 to 48 4982.

“Isoniazid preventive therapy is long in duration, carries a higher risk of liver toxicity and is less likely to be completed in full than novel therapies using the drug rifapentine,” says Rutter.

Rifapentine-based preventive therapy, commonly referred to as 3HP, only has to be taken for three months.

At a cost of $45 for the three-month course 3HP is widely considered to be unaffordable to most countries, including South Africa. The sole manufacturer, pharmaceutical giant Sanofi, has been in talks with global funders since 2017 to reduce the price.

The target price is $15 per course which has been deemed affordable to funders like Pepfar, a United States government funding mechanism, and Unitaid, a multilateral aid organisation. Earlier this year Pepfar indicated that they would be able to procure 3HP for their programmes at this, or a lower, price.

Citing University of Liverpool research, the New York-based health advocacy organisation Treatment Action Group (TAG) has argued the regimen could be sold for as little as $10 per course and still provide Sanofi with a reasonable return.

The negotiation process with Sanofi was kicked into action following a 2017 Unitaid grant for the IMPAACT4TB project which had a direct goal to lower the price of rifapentine and to foster generic competition to radically ramp up access to 3HP in high-burden countries.

Initial negotiations included Unitaid but after a generic manufacturer registered a 3HP product for WHO prequalification earlier this year, UNITAID decided it would make more sense to wait.

Spotlight has learned from two reliable anonymous sources that the manufacturer responsible for the generic, in the form of a fixed-dose-combination, is India’s Macleods Pharmaceuticals.

Macleods and other generic players will increase competition in the market and should in time bring down the cost significantly. Most countries, however, have to wait for the WHO prequalification process to conclude, with some like South Africa requiring registration with national medicines regulators, before they can begin procuring generic 3HP.

According to Professor Gavin Churchyard, chief executive officer of The Aurum Institute, South Africa will likely be one of the first countries in which generic manufacturers will register their 3HP options but “given how long it took for Sanofi to register 3HP locally – about two years – registration is not going to happen right away.”

The NDoH has placed rifapentine on tender and Sanofi has responded, according to Pillay, and currently the negotiations are happening between these two parties alone.

“Unitaid is open to procuring Rifapentine from Sanofi to facilitate 3HP introduction in early adopter countries before generic formulations come to market at scale, provided a reasonable price is offered. Several countries want to move with 3HP now. For South Africa, even if the first generic product receives prequalification in 2020, the duration of the national Health Products Regulatory Authority process would mean that it is unlikely to be available in South Africa before 2021,” says Unitaid’s director of operations Robert Matiru.
“We are monitoring the outcome of South Africa’s negotiations with Sanofi for a lower rifapentine price and feel it’s important that the final price is extended to other low and middle-income countries,” he said.

Additionally, in March the results of the DOLPHIN study were announced providing evidence that 3HP is compatible with the antiretroviral dolutegravir which Pillay said would be introduced as the first-line HIV treatment in South Africa on 1 September (initially set for 1 August). Previously, a small study had raised questions as to whether 3HP and dolutegravir could safely be taken together.

IPT for the time being

Locally, says Hausler, 3HP is only available on a miniscule scale at three demonstration sites. Instead, isoniazid is given to people living with HIV for a minimum of six months to a maximum of 36 months.

According to Churchyard, most people living with HIV in South Africa are prescribed isoniazid for a year, after active TB disease has been ruled out. Those in which latent infection has been confirmed are meant to take the drug for 36 months and a six-month course is given to people who have not started taking antiretroviral treatment.

Hausler explains that studies have shown that people living with HIV who have taken the full course they have been prescribed have been protected against active TB for up to three years.

One of the biggest problems with this regimen is the long duration of treatment and that very few patients who are started on the drugs actually complete the course, says Hausler.

Pillay told Spotlight that the treatment completion rates are “very low” but he was not able to provide concrete figures because “we do not monitor this.”
However, according to Hausler, the government does attempt to record this data but it is problematic. “At every patient visit, clinicians are meant to write down whether they received isoniazid or not and below 40% actually do. But we know that completion rates are low and definitely not where we want them to be,” he says.

The only quality data is on how many newly diagnosed HIV patients given ART are also given isoniazid, even though the current guidelines state that TB prevention treatment should also be offered to any HIV positive person as well as children under the age of five living in the same household as someone with active TB.

Guidelines to be updated

The NDoH is in the process of finalising new guidelines on preventive TB treatment which will extend its offering of isoniazid, as well as 3HP when it becomes available, to all household contacts of persons with active TB. At the moment only children aged five or younger and contacts living with HIV are eligible.

Pillay says that the guidelines are not, however, on the agenda of the next meeting of the National Health Council’s technical committee set for the first week of August and will only likely be discussed at the following meeting. These meetings generally happen every six weeks.

Hausler says that this is where 3HP will have most of its benefit over isoniazid. People already on daily drugs for HIV might not mind an additional pill for a year in the form of isoniazid, but HIV negative people might rather choose to take 3HP which is given once a week for three months.

“Intuitively, it’s hard for people to grapple with the concept of prophylaxis: taking drugs when they are not sick, to prevent and not to treat. So, a shorter course for these groups is very important,” he says.

Currently 3HP comes in the form of 10 pills per week which is a high pill burden for anyone, according to Pillay, who said that South Africa is hoping for the WHO to approve (pre-qualify) a fixed-dose-combination version as soon as possible.

In the meantime, activists are hoping for a quick resolution to the high cost of Sanofi’s regimen.

“Sanofi is not the originator of rifapentine. It’s an old drug and its primary patents have expired long ago. It came into their portfolio through decades-long pharmaceutical mergers and acquisitions,” explains TAG’s TB Co-Director Mike Frick.

“It is true that they have advanced its development and it’s not as though they haven’t been good stewards but the majority of the research was funded by the United States (US) tax payer. And the citizens involved in the trials pivotal for the formation of 3HP, not only in the US, but in countries like South Africa, don’t necessarily have access to rifapentine,” he says. “Considering the millions in public investment and the fact that the drug is old and has many public benefactors, the continued high price is really unconscionable.”

By Marcus Low – An online tool launched last week sheds light on what patents have been granted for which medicines in a number of developing countries.

Limpopo Health MEC Dr Phophi Ramathuba has confirmed that an aeromedical service which was recently awarded a lucrative three year tender in the province is yet to get airborne adding that she has requested provincial treasury to conduct an investigation. Daily Maverick and Spotlight reported last week that the Limpopo… 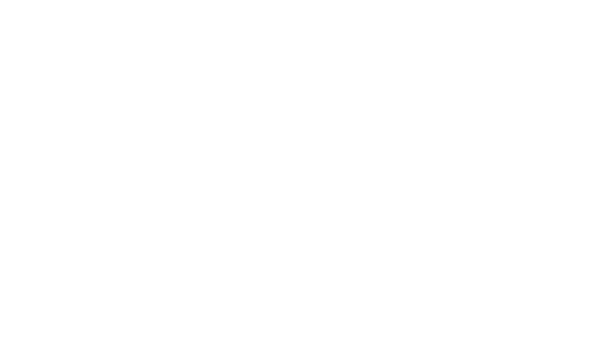