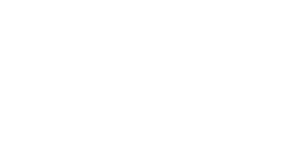 Four new MECs (provincial ministers) for health have been newly appointed and five were reappointed. MECs have substantial power in South Africa since most of the day-to-day running of the public healthcare system is devolved to provinces.

The latest set of changes follow a busy 2018 in which five new MECs for Health were appointed – two of those five have now been replaced.

Of the nine MECs seven are women and two are men.

Below is a province-by-province breakdown of the changes. Spotlight will provide more detailed analysis of some of the new appointments at a later stage.

Ms Helen Sauls-August is replaced by Ms Sindiswa Gomba. Sauls-August was appointed MEC for Health in 2018 and was only in the position for a year. Gomba was charged in relation to the Mandela Funeral scandal. The case was withdrawn earlier this month, but National director of public prosecutions Shamila Batohi has expressed serious concern over the withdrawal of the case.

Dr Gwen Ramokgopa is replaced by Dr Bandile Masuku. Ramokgopa was Gauteng MEC for health from 1999 to 2006 and again from 2017 to 2019. Masuku is a medical doctor and a board member of the Office of Health Standards Compliance and chair of the Tswane University of Technology council.

Dr Sibongiseni Dhlomo is replaced by Ms Nomagugu Simelane-Zulu. Dhlomo was KwaZulu-Natal MEC for Health from 2009 to 2019. Simelane-Zulu was previously the ANC’s spokesperson in the province. Both the DA and IFP have expressed concern over her appointment given her lack of health qualifications and experience.

Dr Phophi Ramathuba remains the MEC for Health. She was first appointed to this position in 2015. She is currently the joint longest serving Health MEC together with Nomafrench Mbombo of the Western Cape.

Ms Fufe Makatong is replaced by Ms Mase Manopole. Makatong was appointed as MEC for Health in 2018. Manopole was previously a member of the National Council of Provinces.

Dr Nomafrench Mbombo remains the MEC for Health. Mbombo was appointed MEC for Health in 2015. She is currently the joint longest serving Health MEC together with Phophi Ramathuba of Limpopo.

Press Release By Medecins Sans Frontieres Seattle/Rustenburg - New analysis of data detailing the extent of sexual violence in the Rustenburg area indicates that one in five HIV infections (approximately 6,765 of all female cases) and one in three cases of depression among women (5,022 cases) are attributable to rape…

The decision to institute a lockdown is evidence of a government taking both scientific evidence and the need to save lives seriously and then taking carefully considered action, writes Marcus Low.

Reports of drug shortages and stock-outs across South Africa have the Department of Health in a race against the clock to ensure a supply of essential medicines. With manufacturing operations around the world still facing issues due to the COVID-19 pandemic, the country is battling to meet the demand for contraceptives, tuberculosis medicines and psychiatric medicines.