Of the nine provincial plans we managed to find only the Limpopo plan online. After contacting provincial AIDS councils we managed to get hold of a total of six of the nine plans – with the Eastern Cape, North West, and Northern Cape not sending us their plans after multiple requests – although provincial AIDS council representatives in the Northern Cape did indicate that a print copy could be collected in Kimberley. (Future Spotlight articles will engage with the content of the plans)

SANAC says they view provincial implementation plans as public documents that should be freely available. “however the provinces and the districts have custody of these plans,” SANAC told Spotlight. “A new SANAC website is currently being developed and provinces/districts will be encouraged to share formatted and designed documents for upload. At a provincial and district level, we encourage AIDS councils to print and distribute the documents.”

According to SANAC all provincial AIDS councils are chaired by the Premiers except for Gauteng, Western Cape and the Eastern Cape. “The Premier in North West is currently leading the reestablishment of the PCA in the province and wants the council re-established by 28 February 2019,” SANAC told Spotlight.

Activists have argued that provincial AIDS councils should be chaired by premiers so as to ensure high-level political buy-in into the AIDS response and to ensure the AIDS response involves not only the provincial department of health. “Provincial AIDS Councils have a huge role to play in coordinating the HIV response and from national to local level they have not been successful in doing this. Their functionality signifies a crisis as they are mostly measured by the number of meetings held instead of the production of fundamental plans and or commitments agreed on at meetings that will improve the response,” says Vuyokazi Gonyela, of the Treatment Action Campaign and SECTION27.

“The directive from the previous Deputy President, Cyril Ramaphosa, to the Premiers that requires the full resourcing of AIDS Councils has not been implemented to the same level across all provinces”, SANAC told Spotlight. “This hampers their capacity to function adequately, including the development and monitoring and evaluation of implementation of the PIPs and DIPs and the capacity building and inclusion of civil society sectors in subnational AIDS council structures.”

One of the criticisms previously made in Spotlight of the NSP was that it does not provide enough guidance on how the plan is to be implemented. Spotlight understands that the process of developing provincial implementation plans has been difficult and slow. Various factors may have contributed to this, including a lack of political prioritisation, a lack of capacity in provincial AIDS councils, and a lack of funding.

SANAC did however step in to provide assistance to provinces. As SANAC explains: “A national steering committee was established to guide and review the draft multi-sectoral provincial and district implementation plans. This committee provided guidance and oversight, review and alignment roles in terms of their development. In addition a project management team was established within SANAC to provide technical assistance to provinces and districts by supporting the writing, facilitating workshops and calculating targets for the M&E plans.”

The NSP steering committee was comprised of a multi-sectoral team that included key donor representatives from PEPFAR and the Gates Foundation, explains SANAC. UNAIDS and the World Health Organization were also part of the NSP steering committee. Some funds were made available by donors for technical assistance to provinces and districts and some costing support currently for Mpumalanga.

We asked SANAC whether there were any common problems or difficulties in the development of specifically district implementation plans, since districts are often where the least data is available and the least planning capacity is in place. SANAC identified the following five issues:

In one of its many aspirational undertakings, the NSP commits that “Steps will be taken to ensure that  municipal mayoral committees work together alongside  civil society and the private sector to institutionalise an inter-and multi-sectoral approach.” We asked SANAC to describe what steps have been taken in this regard.

SANAC explained that in partnership with SALGA and through the support of UNAIDS and IAPAC, they are implementing a fast track programme, which focuses on fast tracking local responses to HIV and TB, as well as strengthening local leadership for the local AIDS response. “19 high HIV/TB burden municipalities were identified and have also been assisted to identify their own fast track priorities. The municipalities are currently being supported to develop response plans linked to the PIPs and MDIPs.”

“During the December 2018 conference of the South African Local Government Association (SALGA) Members Assembly – which is the highest decision making body at SALGA – all mayors attending signed a Pledge to lead, institutionalise and support the AIDS response in their districts and local municipalities,” SANAC told Spotlight.

The above responses were sent to Spotlight by Kanya Ndaki on behalf of SANAC. 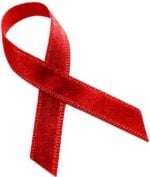 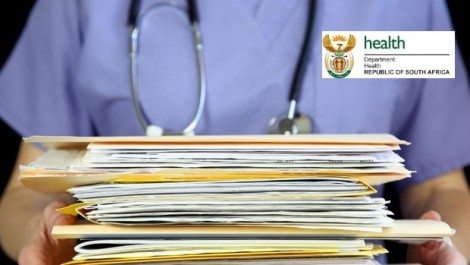