Opinion: The devastating cost of the North West strikes

There aren’t bodies to count or graves to mourn over, but the North West health sector strikes last year did claim its share of victims and did set in motion a ripple effect of tragedies.

They are tragedies that tell the story of how a strike turned not just violent but vicious, and how it was allowed to rage out of control till it reached a terrible turning point – one where everyone is a loser.

The headlines and photos of mayhem from a year ago may be old news now, but people who need health services to deliver are still counting the costs. Doctors and medical staff are adamant the strike did lead to deaths or at the very least severely compromised patients’ healthcare.

Senior personnel at the Tshepong Hospital in Klerksdorp, Prof Ebrahim Variava and Dr Alistair Calver, kept an informal list from the weeks when the strikes hit their hospital hardest in that first quarter of last year.

On the list are the dozens of patients who were unable to receive their medicines because people were prevented from entering the hospital during the strikes. Some patients had to be discharged prematurely because there were not enough nurses to attend to them. Others were redirected to nearby hospitals – their fate remains unknown. Some patients never returned to have their surgical procedures and the hospital has not been able to track them.

“We could have a worse scenario on our hands than the Life Esidemeni tragedy,” says Calver.

Variava and Calver are among the 73 doctors who felt compelled to write an open letter of concern that was published in various publications in April 2018. Taking a stand publicly was a turning point. It was an acknowledgement that doctors had become direct targets – more casualties of the strike.

At Tshepong doctors were barred from getting to their patients. They were verbally abused, harassed, pushed and shoved as they tried to treat patients at the hospital.

As the strike deepened last year, striking workers from Nehawu were joined by those from Saftu (South African Federation of Trade Unions). At around the same time there were general service delivery riots calling for the axing of then Premier Supra Mahumapelo and other North West government officials. Thugs piggybacked on the chaos of labour action and the political dissent with looting and rioting, adding to the perfect storm of mayhem that marked that first part of 2018 in the province.

It was the thugs who surrounded vehicles headed to the hospitals and clinics. They tried to extort money from doctors by demanding R20 from each driver to pass on the roads that they had barricaded with burning tyres and large rocks.

Variava recounts being racially abused when he tried to appeal to strikers to allow doctors to attend to patients. Instead what was believed to be Nehawu members made pejorative comments about his surname, asking “If he had Gupta links” before shouting him down from being allowed to address strikers who had gathered in a hall inside the hospital.

Community service doctor Hanrie van Niekerk from Tshepong Hospital remembers at the height of the North West province strikes the lengths non-striking staff went to in order to get to patients. Some arrived before 6am before the strikers stirred, others arrived incognito and at one point doctors tried to get access to the hospital via helicopter. Their plans were thwarted when striking staff piled furniture, dustbins and other objects onto the helipad.

“I remember a young woman in casualty who was a resus case. It was just me, two intern doctors and general ward nurses. The senior doctors couldn’t get into the hospital and the general ward nurses didn’t know what to do in casualty. I had to get advice and instructions by phone, we could have lost our patient,” she says.

Young doctors like Van Niekerk stand to be casualties too. They are the ones the country needs to retain in the public healthcare system. Many, already frustrated with the lack of resources and support for their jobs, feel they don’t need the added stress of being targets during strikes. While Van Niekerk says she has no intention of leaving the public sector, she admits she felt threatened on many occasions during the strikes. She refused to stay away from her patients though, forcing her anxious husband to insist on driving her to and from the hospital every day during the strikes.

“Even in a war a hospital is not a target, but in the North West the strikers were in the wards and in the theatres trying to force us and patients out,” she says. Damage to infrastructure and loss of resources also count as casualties.

Variava and Calver, like many other doctors and nurses, do believe in the right to strike, also in many of the demands their striking colleagues made. Variava says it’s wrong that they have been ignored for the longest time. But hospitals, clinics and other healthcare facilities and non-striking staff cannot be reduced to pawns.

They say what’s needed are for new service level agreements to be negotiated with unions. Variava also calls for a Human Rights Commission inquiry into the extent of deaths and casualties as a direct and indirect consequence of the strikes in the North West province.

He says there must be consequences for those who vandalise property, threaten people, incite violence and those who use labour action as cover for criminal activity that includes extortion, looting, robbery and assault. To date no one has been arrested and prosecuted for these criminal acts.

In the aftermath of the strikes bitterness lingers. Broken relationships are a casualty too. It was patently obvious at a Unisa College of Law Biotechnology and Medical Law Flagship discussion group held at the end of October. The event was titled “The right to strike in the public healthcare sector: South Africa’s healthcare battlefield” – ‘battlefield’ not being hyperbole.

The expert panel included lawyer Suemeya Hanif from ENSAfrica, Professor Ames Dhai, director of the Steve Biko Centre for Bioethics at the University of Witwatersrand, Sibongile Tshabalala, national chairperson of Treatment Action Campaign (TAC) and Professor Chris Lundgren, anaesthesiologist and bioethicist from the Faculty of Health Sciences at the University of Witwatersrand.

The panel condemned the violence from the strikes, recalling incidents like clean linen being deliberately strewn outside laundries, garbage bins being tipped inside hospital lobbies and doctors being assaulted, harassed and robbed as they were walking to their cars. It wasn’t just the North West hospitals either, but also Charlotte Maxeke and Baragwanath Hospital in Gauteng.

The Unisa gathering was aimed at sharpening the focus on the legal framework that is in place for labour disputes. It should be adhered to, not disregarded as more casualties get chalked up.

Both Lundgren and Tshabalala said they believed that the real toll on patients and staff is still to be revealed.

The panellists called for new rules of engagement with unions, also for shifting the “battlefield” away from hospital and healthcare facilities.

It was one nurse’s comment from the floor during that day’s discussion that showed just how deeply the fault lines and failings in healthcare run. The man who identified himself as a nurse and a Nehawu member said: “Patients are not my first priority; they are ‘a’ priority. There are some of us who refused to take the nurse’s pledge because this is just a job for us.”

This nurse too is a casualty as a person who sees a profession of caring and healing as little more than a pay cheque. He is a casualty stuck in the cycle of endless fighting for fairer pay, improved work conditions and better career opportunities.

Organised labour is also a casualty, winning only Pyrrhic victories and increasingly losing public sympathy and support as the legitimacy of strikes grows fuzzier. What “victories” labour has had in the North West has come at the cost of others’ wellbeing and rights. Nehawu leadership’s worn excuses of “distancing themselves” from rogue members of their organisation doesn’t cut it anymore. They knew what was happening and their response to it was feeble and mealy-mouthed. Nehawu spokesperson Khaya Xaba’s failure to respond to questions sent to him by Spotlight also show contempt for the media and disrespect for the public who deserve answers and open communication.

Nehawu’s reputation is a casualty and so is that of police officers who stood by as acts of violence and criminality took place before their eyes during the strikes. The same goes for the Provincial Department of Health as a whole and for health minister Aaron Motsoaledi. Motsoaledi acted too slowly in the North West, leaving many to question if he was simply letting politics play out as the ANC faced its own internal struggles over the messy ousting of the then premier. It added more barbs to the thorny narrative that outlying, rural areas are relegated lower down government’s priority list.

The North West is still under administration, as it has been since May last year. The strikes proved to be the straw that broke the camel’s back, turning government structures and departments into casualties – casualties unable to serve the citizens of the province even at the basic level of services provided prior to the strikes.

The strikes cemented in place a web of failings – sticky, tangled and toxic. Right at the centre of this web of tragedy is the patients and their families. The ultimate casualties are the mothers who rock babies with brain damage to sleep in their arms knowing their children would have been born fine if there had been functioning operating theatres where they could have delivered their babies.

It’s the people who died at home not able to face thugs who had barricaded hospital gates or those who were forced to leave hospital too soon and later died of complications. It’s the people who grapple with the anxiety of knowing they face new medical challenges having defaulted on treatment they could not access on time. It’s the patients in the North West who today still will wait an extra hour or two in a queue or be told to come back next month as backlogs are worked through.

They’ll likely be told the standard excuse now: “It’s because of the strikes from last year”.

South African volunteers are about to join the first COVID-19 vaccine trial to be conducted in the country. Ufrieda Ho reports.

The 90-90-90 targets have become key indicators against which to measure our progress in the HIV response. A new Human Sciences Research Council survey provides some estimates of how we are doing. 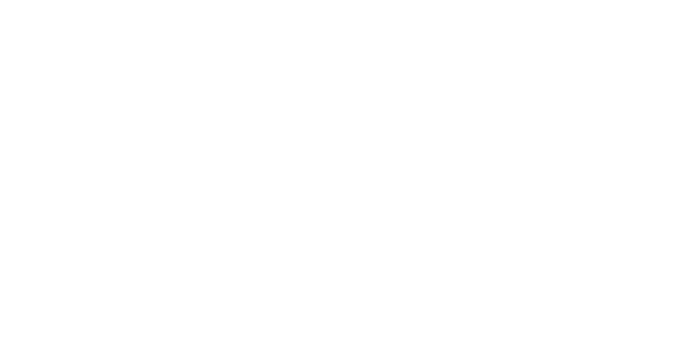