‘Good vibes’ – it’s how Wade Schaerer signs off his emails.

The 26-year-old Johannesburg flight attendant has worked hard to maintain an upbeat outlook on life since finding out his positive HIV-status at the end of March last year.

This year though, Schaerer, who works for a domestic South African airline, was pushed to the limits of maintaining his positive vibes. His fight with the South African Civil Aviation Authority (SACAA) for his right to work as an inflight manager and his right to choose the antiretroviral (ARV) treatment regimen best suited for him has been a bruising battle.

He has chosen not to be silent and his battle has raised questions about the SACAA’s HIV/AIDS policies that appear out of date and out of step with modern-day management of HIV/AIDS. The application of the aviation authority’s protocols also seems random and haphazard.

Schaerer’s decision to disclose his HIV positive status to the aviation authority saw him grounded for four months. He lost income as a result, was subjected to medical tests and psychological assessments that he describes as demeaning and degrading. It’s also left him with hefty medical bills.

“They made me feel like a nothing”, he says.

Back in January Schaerer was due for his routine biennial medical assessments as a cabin crew member. He says: “It wasn’t easy to decide to disclose my status but I made the choice to be open shortly after I was diagnosed because I think it helps to talk about HIV.”

Healthy and armed with his HIV clinician’s report, Schaerer walked into his medical check-up at the beginning of the year confident that his status, his ARV treatment and his HIV specialist’s assessment that he had no side effects from his medication would be noted, and he’d be cleared to fly.

Instead it was the start of a nightmare for Schaerer.

“The SACAA doctor disregarded all of these facts and just said that I was grounded and everything from that point would be subject to SACAA protocol,” he says.

He was made to jump through hoops, supplying a battery of tests including a neuro-psychological examination that had him draw shapes and memorise a sequence of numbers.

Schaerer was sucked into the CAA’s bureaucratic maelstrom. He got few answers by email or telephone about what further tests were required of him or why his case dragged on with no final decision. He claims that on the one occasion he did get through to the CAA’s office, the doctor he spoke to slammed the phone down on him.

“They were unprofessional, unresponsive and insensitive. This is my livelihood but they didn’t care,” he says.

Schaerer’s personal doctor, Gail Ashford is an HIV specialist in Johannesburg. She says the CAA protocols are obsolete and discriminatory. She believes Schaerer, who is her patient, has been made an example of for speaking out and challenging the CAA rulebook status quo.

In June last year already Ashford wrote to the CAA raising concerns that their protocols were out of date. She points out: “These days we start HIV positive patients on treatment when they – like Wade – are absolutely well and have a high CD4 count. The CAA’s protocols simply don’t apply to these patients.”

She outlines more flaws in the protocols called the SA-CATS 67. Widely prescribed HIV medicines that have been on the market for the last five years are not on the CAA’s list of approved medication while at least two discontinued HIV drugs remain are listed. The protocols also call for what Ashford deems “extreme and unwarranted” and costly medical tests.

Ashford explains that the CAA is misguided to tell Schaerer to change his treatment regimen. In question is Efavirenz, one of the three main components in fixed dose combination (FDC) ARV drugs, including Trivenz, the medicine that Schaerer is on. She says Efavirenz does have the potential to affect neurological functioning but this is limited, and Fixed Dose Combinations containing Efavirenz are the most widely prescribed front line ARV treatment in South Africa.

“Only a small percentage of patients develop persistent side effects to Efavirenz,” says Ashford.

Ironically, for all their “unjustified” testing, Ashford says the protocols fail to stipulate testing for syphilis or crytoccal antigen in patients with CD4  greater than 100 cells/ul. These tests are the ones that can detect factors that could affect neurological functioning.

“The CAA’s protocols are not in line with the national guidelines of the HIV Clinicians Society. It shows the inadequacy of their research,” says Ashford.

She’s also criticised how seemingly arbitrary the protocol is applied. “I have other patients in the airline industry that the CAA has not subjected to testing or extended grounding. Wade has definitely been targeted,” says Ashford.

She also believes that if the CAA insists on a three-month grounding period it should be on full-pay. It gives workers’ protection and would discourage decision makers from dragging their feet.

“The CAA said last year they were busy with amendments to their protocols, but their updated protocol remains identical to what it’s been for the last few years.

“If they fail to revise or amend their protocols, HIV will continue to be highly stigmatised. These protocols force people to not disclose their status, which ultimately comprises safety,” says Ashford.

Schaerer’s case has some similarities to a landmark Constitutional Court judgment in 2000 in the case Hoffmann v South African Airways (SAA). In that case Mr Hoffmann was refused employment by SAA merely because of his HIV-positive status. The court found that the refusal by SAA to employ Hoffmann as a cabin  attendant  because  he  was  living with HIV violated  his  right  to  equality  guaranteed  by  section 9 of the Constitution. Hoffman’s case was taken to court by the then AIDS Law Project, now SECTION27.

SECTION27 lawyer Ektaa Deochand who has been assisting Schaerer, says the CAA’s poor communication and dismissive attitude speaks volumes to how organisations that are intractable fail people with HIV.

“There are many more people who face the same kind of discrimination, obstacles and frustration that Wade has had to face. His case shows the wide scale impact of poor HIV/AIDS protocols.

“We may think we’ve come a long way, but we are still fighting to overcome stigma because there continues to be discrete means of perpetuating discrimination,” she says.

SECTION27 will be writing to the SACAA, calling for the aviation authority to change their protocols and to review their communications, procedures and practices with regards to the handling of people living with HIV.

Schaerer, who was finally cleared to fly at the beginning of May, is relieved to be working again. Now though he’s subject to annual check-ups, while his peers under 40 have recently been allowed to submit medicals at five-yearly intervals. It’s, more bureaucracy, more expenses and more discrimination, he believes.

“It’s not right, I just want to be treated fairly,” says Schaerer.

In the Hoffman v South African Airways judgement, Judge Ngcobo said: “Prejudice  can  never  justify  unfair  discrimination.  This country  has  recently emerged  from  institutionalised  prejudice. Our  law  reports  are  replete  with  cases  in which prejudice was taken into consideration in denying the rights that we now take for granted.  Our  constitutional  democracy  has  ushered in  a  new  era it  is  an  era  characterised by respect for human dignity for all human beings. In this era, prejudice  and stereotyping have no place. Indeed, if as a nation we are to achieve the goal of  equality that we have fashioned in our Constitution , we must never tolerate prejudice, either directly or indirectly. SAA, as a state organ that has a constitutional duty to  uphold the Constitution, may not avoid its constitutional duty by bowing to prejudice  and stereotyping.”

An article this week by the Daily Maverick’s Ferial Haffajee The sordid story of Mosebenzi ‘Gupta’ Zwane – South Africa’s most captured Cabinet minister reminds us just what a scumbag this former MEC, Minister and still Member of our Parliament is.

At the start of the nineties, very few doctors were willing to take up the fight against TB. Faced with the option of Oncology or TB, Van Rensburg opted for TB. She is still at the coal face of the TB fight in Klerksdorp. Nomatter Ndebele and Thom Pierce went to meet her. 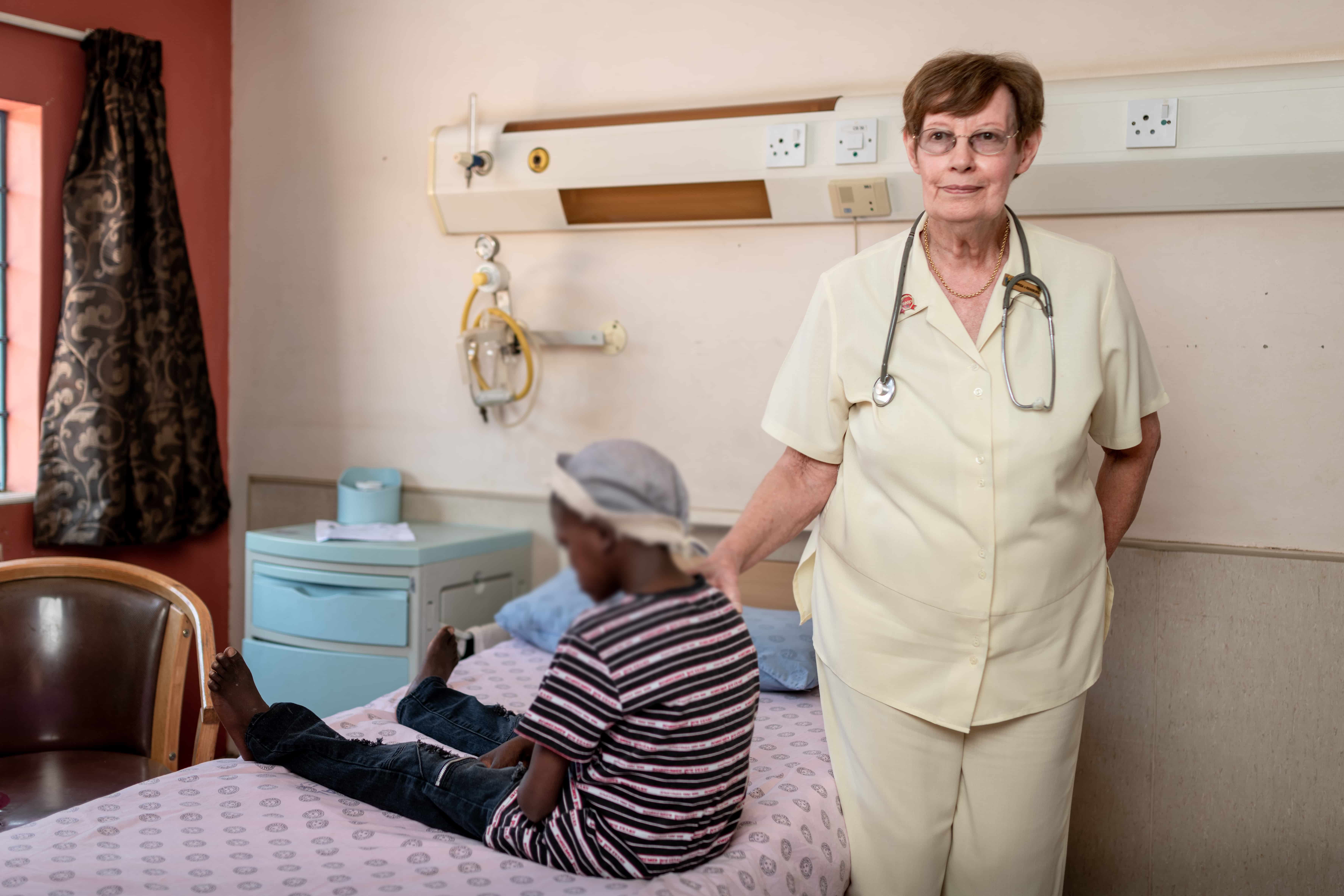