Sexual and reproductive health rights should matter to all

The fact that not everyone is heterosexual, or that women can and should have control over their own sexuality and reproduction has often been perceived as a threat to ‘tradition’ or to the dominant patriarchal social order. Various reasons, religious and moral, are used to justify restrictions on making sexual and reproductive health education and services available, especially sexuality education and services for youth, contraception, safe abortion and condom promotion. For the longest time, people have thought of sexual and reproductive health rights as being for others, and have been seen as seeking to promote behaviours that are contrary to the boni mores (moral convictions) of the society. These perceptions can be summarised in the most generalised way as follows:

Largely, issues relating to sexual and reproductive health are considered taboo. Parents do not want to talk to their children about them, health practitioners think that only certain people should be talking about them, teachers do not consider it their job, and governments do not want to wade into contentious issues. We hardly talk about attitudinal barriers that people living with disabilities encounter when they try to access sexual and reproductive health services. So in the end, not enough people talk about it and because of this, there is inadequate budgeting and implementation of plans to ensure the health and well-being of people. This despite evidence of the benefits that follow from the realisation of sexual and reproductive health rights.[3] For example, various sexual and reproductive health rights concerns have direct and indirect consequences on the education, particularly of young girls. These concerns include unwanted pregnancies, sexual abuse, early marriage, and HIV/AIDS and other STIs. In 2014, a survey by Statistics South Africa indicated that 473 159 girls between the ages of 12 and 19 were not attending school.  Of these learners, 18% (85 182) said that they had fallen pregnant. It is a no brainer that comprehensive sexuality education would equip young girls to make sexual and reproductive decisions in a way that does not negative impact their education.

The truth is, when we do not buy into an idea, we are not invested in it. It is very difficult to convince people to support a cause when they do not see or understand its impact in their lives, or of those closest to them. When we think that certain causes are for “others” we do not feel the need to invest as much of our energies, money, and time because we do not think that there is any benefit. Unfortunately, that has been the case with sexual and reproductive health rights. But this position is uninformed and incorrect. Sexual and reproductive health rights are for all and they matter to all. Not only because of a human rights perspective, or because of public health arguments, but in very real and personal ways.

Sexuality does not matter only to those who do not fit within the heteronormative space. Sexuality lies at the core of human life, of what makes us fully human – it is the key to our capacity to contribute positively and fully to the societies we live in. The World Health Organisation defines sexuality as “…a central aspect of being human throughout life. It encompasses sex, gender identities and roles, sexual orientation, eroticism, pleasure, desires, beliefs, attitudes, values, behaviours, practices, roles and relationships…”. Put simply, sexuality is deeply personal, it is about understanding the sexual feelings and attractions we feel towards others. It is not just about who we happen to have sex with.[5] Despite this, sexuality has been treated either as a ‘luxury’ or as a problem which needs to be solved. Meanwhile, it concerns everyone, personally. Whether people are single, married or living in civil partnerships, living alone or with others, sexuality will be part of their personal stories.

In the same vain, sex is definitely not only for married people. Young unmarried people have sex. So instead of burying our heads in the sand and pretending that this does not happen, we need to have constructive conversations about encouraging healthy sexual behaviours. In 2014, the University of Cape Town Gender and Health Justice Research Unit conducted a study aimed at documenting and analysing the experiences and challenges faced by health care workers providing sexual and reproductive health services to teenagers aged 12 – 15 years. The study showed that many health care workers feel uncomfortable speaking to adolescents about sexuality and sexual and reproductive health. When they do, they often adopt judgmental attitudes that reflect their own moral ideas[6] about a ‘healthy’ and ‘decent’ sexuality for teenagers. The result is that adolescents often adopt unhealthy sexual behaviours due to social pressure and poor information, and often do not seek the guidance of health care workers.[7] Healthy sexual behaviours also need to be promoted even for married people.

Reproductive health and reproductive rights are not just for those seeking to have children. It is also about young girls who will undergo puberty and need sanitary products. Reproductive rights seek to ensure that those girls will experience their menses without being discriminated against in school, bullied and excluded by others for not having sanitary products. It is about ensuring that young girls are not forced into early marriages, and that even those in marriages, can have autonomy over their bodies. They are also about ensuring that women have access to safe abortions. In South Africa, reproductive health rights place an obligation on the State to ensure that it meets the needs of all people who attend to health establishments seeking reproductive health care. The State must take reasonable, legislative and other measures, within available resources to ensure that the reproductive health care needs of all in South Africa are met.

So whilst we might sometimes think that sexual and reproductive health rights do not relate to us whatsoever, we are wrong. Just because we do not understand something does not mean we are exempt from it. Everyone should be equipped to make independent sexual and reproductive decisions. We should promote sexual relationships that are mutually respectful, free of coercion, discrimination and violence, where people can enjoy their sexuality safely. And this should matter to everyone, regardless of age, race, gender and sexual orientation.

Note: Tendai Mafuma is a Legal Researcher at SECTION27. Her work mostly centres on access to quality public healthcare.

[1]Particularly on the African continent. For example, For example, the East African Community (EAC) Council of Health Ministers in March 2008 refused to sign the EAC Sexual and Reproductive Health and Rights strategy as they felt the „rights language‟ within the document would promote homosexuality and what they described as „other undesirable sexual practices‟ in the sub-region”. This was revealed at a Regional East African Community’s Multi-Sectoral Consultative Meeting on Sexual and Reproductive Health (held in Arusha on June 25-26, 2008). This may imply that many African leaders are struggling to understand the rationale for rights-based approaches in addressing sexual and reproductive health challenges. http://www.realising-rights.org/docs/newsletter/Why%20Realizing%20Sexual%20and%20Reproductive%20Rights%20in%20Africa%20Remains%20a%20Dream.pdf. In another instance, one of the African leaders who was negotiating, on behalf of Africans, at the global level at the Commission on Status of Women 58th Session in March 2014 is said to have said this “When we allow sexual and reproductive health to include rights, as Africans we are accepting to be influenced by western culture that of accepting persons with different sexual orientations which is not in line with our African culture”. http://femnet.org/2014/07/16/sexual-and-reproductive-health-and-rights-srhr-the-african-agenda/

[4] Thuthukile Mbatha and Mark Heywood https://www.spotlightnsp.co.za/2018/05/21/sexual-and-reproductive-health-wrongs-what-do-we-need-to-do-to-get-them-right-an-activist-perspective-part-1/. I will not venture into the human rights rationale for sexual and reproductive health rights. This article sets that out very nicely.

How worried should we be about COVID-19? How bad will it get? How do we place it in its proper context given the limited information we have about it?

Last week the Conference for Retroviruses and Opportunistic Infections (CROI) was held in Seattle, USA. Spotlight did not attend this year’s conference, but fortunately all CROI abstracts and presentations are made available online. Below we have picked some highlights of relevance for South Africa.

More than a year on from the devastating hospital strikes and political upheaval in the North West, the new MEC for health sits down for a candid interview with Spotlight. 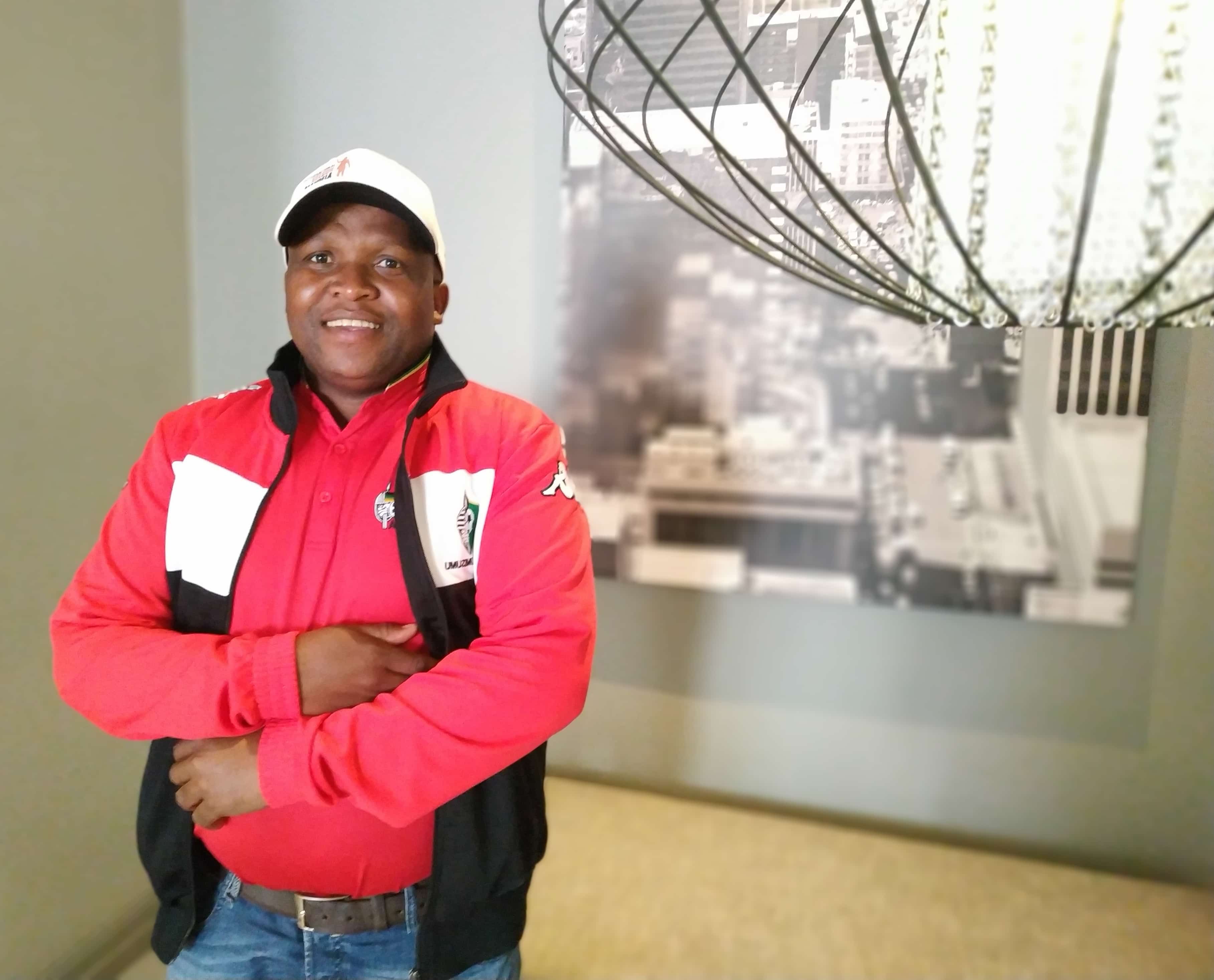