Home Blog Sections Sex Work Hoer! Magosha! Prossie! Doxy! – Why has the law on sex work not changed?
An installation by SWEAT highlighting the delays of the South African Law Reform Commission and the Department of Justice in transforming apartheid-era sex work laws.

Hoer! Magosha! Prossie! Doxy! – Why has the law on sex work not changed?

This means that anyone who buys sex, who sells sex, or who helps facilitate a sex-work transaction can be prosecuted.

For years, advocates and sex workers have asked that the law on sex work be changed, and that all criminal elements are removed (the ‘decriminalisation’ of sex work).  Research has shown that this will reduce HIV, will make societies safer, and will respect the human rights of sex workers.

Yet, very little has happened. Why?

People do not like to think or talk about sex work (or prostitution). Except when they are rude or insulting towards other people, or when cracking ‘dirty jokes’ – mostly about women.

Many people associate sex with love, intimacy and perhaps even long-term relationships.  The idea of having sex with a stranger for money, and therefore selling sex as a job, is something that many people feel deeply uncomfortable with. They think selling sex is a ‘sin’, is ‘wrong’ or an insult to women, and want the criminal law to stamp it out. They don’t think about the fact that people have sex for many different reasons, and that adult, consensual sex is a private decision and should be free from state interference.

This prejudiced thinking is a form of sexual moralism – that is, making judgements about another person’s morality based on their sexual behaviour or preferences. Sexual moralism forms the core of homophobia and transphobia, and was the basis for outlawing sex across the colour bar in apartheid South Africa. Fortunately, our laws on sexual orientation and race have changed for the better and reflect our Constitutional values.

It is time that people challenge their own sexual moralism, and that we do the same on sex work!

Brand new theatre beds are broken within months and sub-standard anaesthesia machines stand unused following the award of a multi-million Rand medical equipment tender by the Free State Department of Health to a company called Mediquip SA Hub of which two co-directors are George Sebulela, of the Black Business Council and one of the latest additions to the Eskom board, and Tefetso Bernard Phitsane, a senior ANC politician in the Free State and close ally of Ace Magashule. 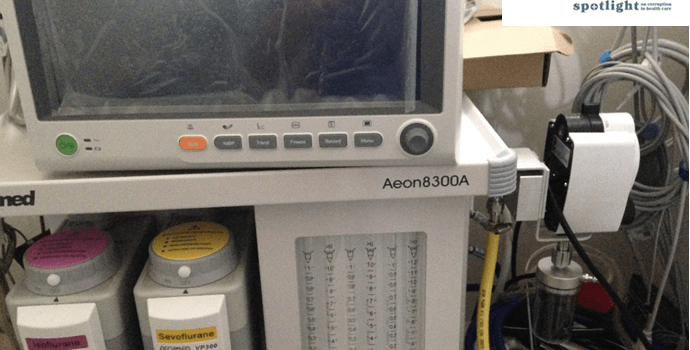 By Ngqabutho Mpofu Ronnie came out in the early 1980s, telling his friends and sister that he was [caption id="attachment_6571" align="alignright" width="300"] Ronnie. Pic by Joyrene Kramer[/caption] homosexual. This was not an easy thing to do, given the traditional Xhosa culture that he is from. He credits his support network…

One Response to “Hoer! Magosha! Prossie! Doxy! – Why has the law on sex work not changed?”