Dineo’s* fingers are stained red from the colourant-drenched corn chips she’s just finished eating. She licks her fingers; they stay red. She leans further back onto the desk she’s sitting on in her friends’ dorm room and sighs.

The three student nurses are sitting in the nurses’ quarters of the Bongani Hospital in Welkom, where two of them are forced to share a single bed as there aren’t enough beds or rooms for all the students.

‘We just have to squeeze onto this bed,’ one says, shrugging. They’re tired of complaining. No one seems to care and sharing a bed is just another small inconvenience considering all that’s wrong with the facilities that they have called home since starting their training at Bongani in February.

Student nurses were promised R2 500 stipends. But, when they arrived to begin their studies they were made to sign contracts that only made provision for stipends of R1 500.

By the beginning of spring, they hadn’t yet received any payment at all. As no stipend were forthcoming they didn’t have to pay for the accommodation, the premises for which are in dire need of maintenance, repairs, and a good cleaning. The walls are cracked and the paint is peeling. Light fittings that are broken remain unfixed and electrical boxes stand wide open. Dust and litter collect on the stairs and it’s been a while since the baths or showers saw detergent. Some toilet doors remain shut; they block up so often it’s impossible to use them. There are three industrial sized basins in a common washing up area – two of them filled with putrid gunk, a situation the nurses say has persisted for months.

There is no canteen or proper kitchen and the students use a hotplate on the floor for cooking, and do the washing up in plastic basins in their rooms. They know hotplates are a fire risk, but it’s the least of their concerns. They worry more days about how they will afford their next proper meal. Each week’s inquiries are met with excuses, pleas for patience and more promises. They all came to nought.

Food is a worry; so is safety. The students, most women in their 20s, say there have been so many break-ins to their rooms that they don’t sleep safely at night.

It’s a case of going to sleep worried and hungry, getting up still worried and still hungry, and being expected to learn, and to serve real patients.

* Not her real name
(At the time of going to print, the department paid the students each a lump sum of R10 000 in the middle of September, amounting to R1 428 a month. The students have now been threatened with eviction from their accommodation if they don’t pay R3 600 each). 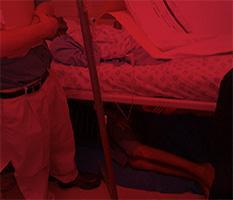 One year into his tenure as MEC for Health in the Free State, Butana Khompela is still to exorcise the ghosts that have made the province one of the worst-performing when it comes to health.

[caption id="attachment_2939" align="alignleft" width="570"] ‘I was in so much pain and the nurses were rude to me. There are also student nurses there who have no experience, they don’t know what they’re doing and they’re not upervised,’[/caption] Outside the town of Thaba Nchu, locals gather around a dusty patch, trying… 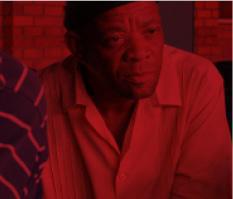