Health Minister Dr Zweli Mkhize this week provided an update on investigations into a multimillion-rand NHI communications contract mired in controversy. That same morning, MPs in Parliament were again reminded of how critical an independent NHI Board will be. One organisation proposed an additional NHI corruption-fighting unit.

In his update this week, Mkhize said the departmental investigation found the process of appointing Digital Vibes, a company linked to known associates of Mkhize, to be irregular. The company was initially contracted to do communications related to NHI. This contract was later expanded to also include COVID-19-related communication services for which it was paid about R150m.

Mkhize pleaded ignorance, stressing he had no hand in appointing the company.

Back in Parliament that same morning, the National Health Care Professionals Association (NHCPA) suggested to MPs that an independent special NHI anti-corruption unit be established.

The association and other organisations made presentations based on their written submissions during public hearings in Parliament on the NHI Bill.

About 130 organisations are expected to make presentations based on their written submissions on the Bill. (Follow Spotlight’s NHI reporting here.)

Preventing Corruption in the health sector

Some presentations made on NHI since last week gave apt reminders on the pitfalls of corruption and the importance of independence, and checks-and-balances on ministerial powers.

On the proposed NHI anti-corruption unit, former Free State MEC of Health and current President of the National Health Care Professionals Association (NHCPA), Dr Benny Malakoane said the unit they are proposing must be independent. “And [it] must not be just window dressing, it must be true independence.” (Malakoane himself is no stranger to controversy and was removed from the position of Free State MEC for Health in October 2016, shortly after it was reported that illegal clinical trials were being conducted at Pelonomi Hospital in Bloemfontein. Malakoane was MEC when some of the contracts now being investigated by the SIU were awarded to the private ambulance company Buthelezi EMS.)

Chair of the Portfolio Committee on Health Dr Sibongiseni Dhlomo reminded the delegation that there is already a Health Sector Anti-Corruption Forum under the stewardship of the Special Investigating Unit (SIU) with various stakeholders and asked if this unit the organisation proposes, will be an additional unit.

“But,” said NHPC deputy chair Josias Naidoo acknowledging the anti-corruption forum as an important lever against abuse, “much of this abuse comes from our management systems and collusion between managers and the private sector. Do we need a unique one? I am inclined to say yes,” he told MPs. “The anti-corruption forum has been tasked with rooting out corruption and has mostly been doing that but as the COVID pandemic showed us, most of this often comes after the fact, after the money has been eaten and the fraud has left the department in a critical state. Then it is usually too late.” Naidoo said what is needed is people with specialised training and skills for identifying crime trends and patterns to “pre-empt abuse and fraud and protect the fund before money is taken”.

He said the country is on the right track with the anti-corruption forum, but it needs “a little teeth, to restructure it a bit so that it becomes a preventative rather than a reactive forum”. This is why an independent NHI anti-corruption unit will help.

Independence should not be window dressing

Malakoane echoed concerns of other organisations such as the Public Health Association of South Africa (PHASA) about the lack of independence of the proposed NHI board. The current Bill empowers the Health Minister to appoint the board. Malakoane pointed out that following the finalisation of NHI, it will be the biggest parastatal in the country. “And given the track record of governance and leadership in our parastatals, one shudders to think what will happen with the NHI Fund. So, that must be looked at and possibly reviewed,” he said. “The independence of the board is imperative for the survival of NHI as a fund and the sustainability of Universal Healthcare in the country.”

PHASA President Dr Harsha Somaroo told MPs the decision-making power is too centralised in the minister and can present a conflict of interest. Somaroo said the Fund should rather be accountable to Parliament. Flagging section 13 of the Bill, she said there is no mechanism in place to ensure the minister is “not vulnerable to potential outside influences” and the section should be reconsidered. PHASA’s submission stressed the importance of having a “long-term vision that is not undermined by the five-year political life cycle of a Minister, and requires leadership that is not vulnerable to political motivation”.

Go back to the drawing board

On how to select the NHI board, Naidoo told MPs “we should go back to the drawing board and establish a set of guidelines where the public also have a stronger voice in deciding who would sit on such a board”. “It must be a public process. We need to be aware of people’s backgrounds, be aware of those placed there in a political role. We must also be aware of the risks that come with it. It’s not necessarily a bad thing to have political deployees, but we need to make sure deployees benefit the board,” he said.

Another issue repeatedly raised during the last week of public hearings was the state of public health facilities.

The Bill in its current form provides for health facilities and service providers contracted by the Fund to be accredited through the Office of Health Standards Compliance (OHSC). The accreditation should ensure healthcare of appropriate quality.

Some organisations that presented to parliament found the accreditation provisions problematic.

Malekoana told MPs there has been very little improvement in public infrastructure. “With clinics and hospitals not being maintained and not in a good state, it means we need to get back to basics because some of these basics affect access and continue to perpetuate the inequality that we complain about so much when it comes to access to healthcare,” he said. “Public facilities, most of which will be used as centres for patient care, need to be improved. They need to be refurbished and upgraded so that they can live up to the access we spoke about. NHI shouldn’t be frustrated by dilapidated buildings.”

Earlier this month when the Office of the Health Standards Compliance briefed MPs on its Strategic Plan, budget, and Annual Performance Plan, they instilled little confidence for the road ahead.

Dr Siphiwe Mndaweni told MPs during that meeting they can only perform inspections at 299 of 3 741 facilities which make up 8% of the targeted public facilities. Mndaweni said the drastic drop in inspections at public health facilities from 923 in 2017/18 to 299 this year was due to funding constraints. Inspections of private sector facilities remain at 6% or 24 of 393 facilities over the next three years. “This is a huge concern for us as an office given the huge task we have of having to ensure facilities are compliant with norms and standards prior to them participating in the NHI Fund.” She said they are discussing these concerns with the minister.

Stressing the urgency of implementing NHI, Malakoane this week said, “It’s not the mistake of the public that there are budget cuts or vacancies that are not filled, but it’s poor governance and leadership failures. He said NHI must be implemented now, but we need to go back to basics first. “Fix the leadership, fix the layer of people tasked with implementing what has been promulgated to be implemented.”

Senior Specialist Scientist at the SAMRC Tamara Kredo told MPs for UHC to work, there must be “a well-run healthcare system in place”.  “But the accreditation process as envisaged by the Bill could render many existing public sector health facilities ineligible to be contracted by the NHI fund, which will mean a heavily private sector dependent delivery model. This accreditation process,” she said, “carries the risk of socialising the funding of healthcare but privatising the provision of health care in the country.”

PHASA in their presentation echoed this concern over a “de facto privatisation of public health services” and said there is a need for clarity on what happens to public health facilities that do not meet requirements.

Kredo said right now the issue of accreditation in the Bill is very dichotomous – “you either have accreditation or not but what happens in that interim space? We feel that there is an element that should be added to make sure there’s no break in service when facilities do not meet full accreditation.”

One ANC MP Mxolisa Sokatsha wanted to know if this issue is not already addressed by the national health improvement plan?

But according to Professor Rachel Jewkes, Executive Scientist, Research and Strategy at the SAMRC, it is not. “And there is a substantial concern. It’s a concern perceived not just among SAMRC colleagues. Accreditation is important to ensure quality of care for patients. We don’t want to see it undermined.”

So, in S39 (9) of the NHI Bill, the SAMRC proposes a sub-clause (e) to be added which can read: “consider whether it is appropriate to provide provisional accreditation pending progress on a road map for improving care and facilities to meet the standards of full accreditation”.

Director of the Rural Health Advocacy Project Russel Rensburg said he agrees with the SAMRC. “The initial baseline reports by the OHSC are often referenced as a baseline of public sector facilities. To my mind, follow-up assessments have never been done, so it is difficult to assess the extent to which some of the recommendations have been addressed.” Rensburg suggested the metrics for accreditation should be more “user-centred”. In addition to patient waiting times, availability of medicines, improved patient involvement by addressing language issues, consistent availability of services are some of the more user-centred metrics Rensburg believes can make a difference to what healthcare users value as important.

According to Sasha Stevenson, Head of SECTION27’s Health Programme, the SAMRC’s proposal is not a bad idea. “Countries like Kenya have had their health budgets decimated because it’s all been used to pay the private sector. But the trouble is that we are terrible at quality improvement. 71 of the 76 clinics in the Gert Sibande District in Mpumalanga have been defined “Ideal Clinics” but from what is reported to us, ideal treatment is far from what patients experience.” Stevenson referred to the OHSC ‘s audits that rarely result in real improvement plans. “Without pairing audits, improvement plans, resourcing for implementation, and monitoring of implementation, we are not going to see real improvement. Realistically, we cannot expect system improvement without real investment.”

The NHI public hearings are expected to continue next week.

Note: A representative from SECTION 27 is quoted in this article. Spotlight is published by SECTION27 and the TAC but is editorially independent – an independence that the editors guard jealously. Spotlight is a member of the South African Press Council. 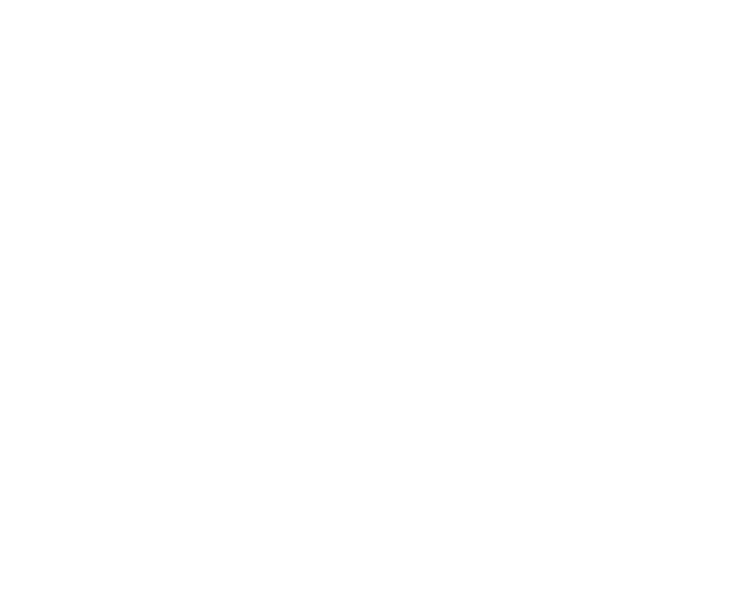 Antiretroviral (ARV) injections that may protect women from becoming HIV-positive, if proved to be safe and effective, will be a major step forward in the fight against the HIV pandemic. Siyabonga Kamnqa reports.

Among several significant barriers to accessing abortion services, experts cite a lack of management support at health facilities, costs, fear of breach of confidentiality and stigma. Many of these barriers are compounded in rural areas. Tiyese Jeranji reports.

Timothy Lebelwane of Diepsloot is one of 2 000 people in South Africa participating in a COVID-19 vaccine trial spearheaded by Wits University. Biénne Huisman spoke to him about life as a participant in such an important vaccine trial.