Home Blog Latest Ubuntu: COVID-19 and human rights sacrifice in SA
Various restrictions on movement were enforced during the stricter levels of lockdown in the country. PHOTO: Ashraf Hendricks/GroundUp

In March 2020 the COVID-19 pandemic led President Cyril Ramaphosa to announce a state of national disaster in terms of the Disaster Management Act. Strict lockdown regulations instituted under this legislation had a clear bearing on human rights.

While the High Court declared some of the Level 4 and 3 regulations irrational and thus unconstitutional in mid-2020, our survey research demonstrates that ordinary people in South Africa voice unwavering support for the select limitation of their rights as a means of preventing the spread of the virus.

We believe that this partly reflects an ubuntu ethic in the country, which emphasises mutual interdependence and solidarity, especially in times of crisis and need.

To provide insight into the public’s views of the national lockdown and the varied impacts of the pandemic, the University of Johannesburg and Human Sciences Research Council (UJ/HSRC) developed and administered the online COVID-19 Democracy Survey in three rounds between April 2020 and January 2021, using the #datafree Moya Messenger App on the biNu platform. The overall sample size across the three survey rounds was 30 896, and the data were weighted to align with StatsSA’s 2016 Community Survey, meaning that the results are broadly indicative of the attitudes and behaviour of the South African population.

The survey included a range of measures, including people’s willingness to sacrifice some human rights in the fight against COVID-19.

People willing to sacrifice rights during the pandemic

Surveying during the hard lockdown period (levels five and four) in April/May 2020 revealed that a sizeable share of people in South Africa (78%) was willing to sacrifice some human rights “if it helped reduce the spread of COVID-19”.

As the country moved to lower lockdown levels, a modest decline in support for rights sacrifice occurred. This occurred as frustration and anger over the pandemic intensified – especially over the cigarette and alcohol bans. This led to a six percentage points fall to 72% in our July to September 2020 survey round.

As the pandemic moved into a second wave, our third survey round between late 2020 and early 2021 found that support returned to 78%. This shows that a majority of the adult population were prepared to sacrifice their rights to ensure the safety and health of all.

While the government lockdown regulations had a mitigating effect on the spread of the pandemic and saved many lives, they also generated significant debate about the socio-economic consequences of the lockdown on society. Underlying these criticisms is a tension between individual human rights and public health policy designed to promote the common good.

Our survey findings reveal that most people in South Africa supported the temporary suspension of some of their human rights in the fight against COVID-19. This popular support for human rights sacrifice matters and policymakers should strive to maintain this public predisposition, building on the concern for the common good expressed by most people.

Most notably, our data shows that support for human rights sacrifice promotes compliance with various pro-social health-protection behaviours. This includes mask wearing, social distancing, sanitising, and the willingness to be vaccinated to protect self and others. There was also more support for increased social grants amongst people willing to sacrifice certain human rights.

This pro-sacrifice orientation could be taken as an indication that the African ideals of mutual interdependence and solidarity shape South Africans’ approach to life and their sense of place within society. Ubuntu encourages a more encompassing sense of responsibility, solidarity, and mutual sustenance. An insistence on responsibility lies at the heart of Ubuntu, as it demands both recognition of belonging and the performing of duties as an ethical being. As Justice Edwin Cameron has argued, “Ubuntu can be understood as an inclusive concept of humanity that facilitates the building of our future on respect, tolerance and ‘delight in our diversity”.

Despite the general pro-sacrifice stance displayed by South Africans, the public were not uniform in their willingness to sacrifice human rights. Trust, race, and class were identified as particularly significant determinants of views on such sacrifice.

Political trust has emerged as an influential factor underlying views on COVID-19 and human rights sacrifice. The more favourably individuals regarded the performance of President Ramaphosa’s handling of the pandemic, the more likely they were to adopt a pro-sacrifice stance. A similar effect is found in relation to evaluations of national government’s COVID-19 response. These political assessments had a more decisive influence than COVID-19 outlook, views on social solidarity, and socio-economic characteristics (including income and education). This points to the critical role of the quality of leadership and governance during times of national crisis.

A cautionary note is however required. Public health emergencies, such as the COVID-19 pandemic, place immense power in the hands of executive leadership. Our willingness to accept sacrifice may therefore leave us vulnerable to the threat of creeping authoritarianism. It is for this reason that rights limitation needs to be accompanied by strong court and civil society oversight, as well as the all-important role of the South African Human Rights Commission.

Class was clearly associated with attitudes towards human rights sacrifice. The affluent were more willing than the poor to support rights sacrifice such as religious assembly and travel, but not others, such as work. Given the adverse economic effects of lockdown on the working class, this outcome was unsurprising. The willingness of poorer South Africans to comply with far-reaching measures and accept limits on certain human rights demonstrates their general acceptance of the principle of the common good.

Our analysis also pointed to stark population group differences in support for human rights sacrifice. White adults were significantly less likely to be willing to sacrifice their rights regardless of the circumstances than black African adults. This difference was not attributable by factors such as income or political distrust. Political ideology, especially views on the use of government power, may be an explanation for these population group differences, though we could not directly test for this.

Drawing lessons from our pandemic year

Two core lessons can ultimately be drawn from the survey findings and the experiences of more than a year of lockdown.

Firstly, a concerted effort is needed to ensure that measures taken by the state to limit human rights in response to national disasters are tested by the institutions that uphold democracy in South Africa. These include Chapter 9 Institutions, as well as the judiciary. The courts have played a vital role throughout the lockdown, although the judgments arising have not been without their idiosyncrasies and contradictions. In understanding the challenges posed by the COVID-19 crisis, the courts could use the recognised constitutional value of Ubuntu to guide their judgments.

Secondly, policymakers must identify ways to ensure that citizens are provided a voice in these decisions, including through online public opinion surveys. Participation in decision-making is regarded as a fundamental principle of democracy, despite the complexities associated with ensuring this, especially in the exceptional times in which we presently find ourselves.

Ultimately, the resilience of South Africans and their sacrifices for the greater good needs to be acknowledged and respected through the pursuit of inclusive decision-making and recognition that human rights limitations imposed by government must be temporary, subject to review, and must not discriminate unfairly.

As Edward Santow, Australia’s human rights commissioner, remarked: “If combating COVID-19 is a war, we can be proud of why we got into the fight: to preserve life, especially for vulnerable people. Those are the best of our values. […] We must now ensure those same values guide how we fight … our unbreakable commitment to human rights will make our sacrifices more bearable, and will be vital as we rebuild after the war is won.”

For Dr Caroline Pule, a biomedical scientist working in tuberculosis (TB) research, her passion for finding answers that can help ease the suffering caused by diseases such as TB started with a promise she wrote in her diary when she was 13 years old. Tiyese Jeranji spoke to Pule about following her dream of saving lives and teaching young girls to believe in possibilities. 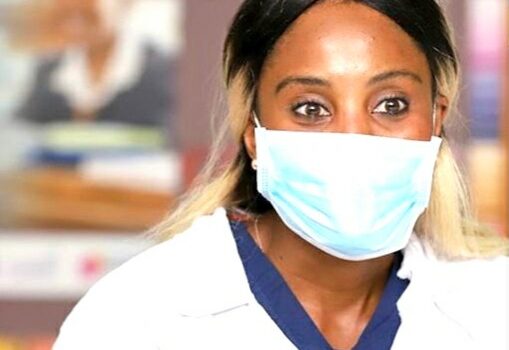