A young man is stabbed during an altercation on a Saturday evening in the village of Folokwe, about 100 kilometres from Mthatha in the Eastern Cape. Community members who witness the incident around 9 PM, call the local ambulance base at Mqanduli, 64 kilometres from the village.

The call would go to the intermediate life support paramedic and driver at the ambulance stationed in Nqileni. The two will then make the 20-minute journey to the neighbouring village of Folokwe. Meanwhile, a villager who received First Aid training will stem the bleeding and upon arrival on the scene, the paramedics will stabilise the young man and he will survive.

This is the vision some in the community of Folokwe has for emergency medical services (EMS) in the area. In this vision ambulance services are not just within reach, but also respond on time.

But reality often paints a more depressing picture for the communities in villages around the Xhora Mouth area. Much more likely than the above scenario, the young man dies long before the ambulance finally arrives many hours after the call is made.

The Xhora Mouth community had been asking the Eastern Cape Department of Health for a clinic closer to the villages and more ambulances for over a decade. They laid a complaint with the South African Human Rights Commission in 2013 and the Commission investigated, held public hearings in 2015 and produced a report with detailed recommendations which the provincial health department has failed to fully implement.

In 2019, a handful of people in villages including Folokwe, Nqileni, Xhora Mouth and Mgojweni finally received First Aid training promised by the department. This was part of the community’s ongoing advocacy to get functional and efficient emergency medical services in the area.

The reality, however, is that this training in basic First Aid (level 1) is not enough. The training is an important intervention and step forward, but does not do away with the need for fully trained paramedics and properly equipped ambulance services in the event of an emergency.

In addition, the department arranged for an ambulance and a driver to be stationed in Nqileni village in October 2016. This arrangement meant the vehicle was available during the day but at night, the driver took the vehicle and made the two-hour return journey on the gravel road back to Mthatha. As a result, the vehicle was often in the garage for repairs because it is not suited to tackle the uneven terrain leading to the coastal villages. The vehicle also had to attend to other emergencies outside the area because of the shortage of ambulances throughout the province.

The community of Xhora Mouth’s struggle for ambulance services shows the department’s uncoordinated and incoherent approach to providing emergency medical services (EMS) in the province.

This approach is not limited to rural contexts.

Ambulances taking over two hours to respond to an emergency is something that the community of Zamokuhle, an urban township near Gonubie, East London is also familiar with. Here members of the community took their health in their own hands and decided to explore ways for them to use private ambulance services. Should they take this option, they will have to pay for it through monthly deductions to their income that is mostly made up of social grants.

This shows that the department continually fails to provide EMS to the most vulnerable in society whether they live in rural areas or in urban townships where tarred roads pose less of a challenge to response times.

Based on interactions between the Eastern Cape Health Crisis Action Coalition (ECHCAC) and the provincial department of health on the need for EMS in the Xhora Mouth area, the department’s approach appears to be reactive rather than one of proactive planning. The department is aware of the impediments to delivering effective EMS, but the question remains – does it have the political will to deal with it?

So what steps could the Eastern Cape provincial government take to improve EMS in the province?

First, the department must implement a proper human resources strategy for EMS and treat EMS workers fairly. Over the years, the department has repeatedly fallen into disputes with unions over unpaid overtime and poor working conditions. This results in high levels of attrition, poor morale, strikes and backlogs in overtime payments, which in turn have an impact on budget allocations.  For example, in the 2018/19 financial year the portion of the EMS budget allocated to employee compensation increased dramatically to cover historical overtime pay for EMS personnel. Going forward, filling vacant EMS posts would eliminate the need to roster the same paramedics for multiple shifts and reduce overtime pay commitments.

The Eastern Cape functions with an imbalance in the different skills categories for paramedics. This means there are more Basic Life Support staff than Intermediate Life Support and Advance Life Support. It is crucial to have the right combination of skills for these health workers because it improves service delivery. This will contribute towards fewer medico-legal claims against the department. In the 2018/19 financial year the department spent over R70 million from the provincial hospital budget to defend itself against a staggering backlog of R29.1 billion in claims against it.

It is of course also important that government plans and invests in training more paramedics at intermediate and advanced life support level – something in which the National Department of Health also has a role to play.

Second, the department must buy ambulances which are appropriate for the terrain in the province and ensure the vehicles are properly maintained. SECTION27’s analysis of the department’s budget from 2014/15 to 2018/19 found that the budget for EMS had increased by 27% but that this did not result in an increase in the number of operational EMS vehicles. In the 2017/18 financial year, the department acquired only 29 additional ambulances bringing the size of the fleet to 260 for the whole province.  The size of the fleet has since increased to 447 ambulances in the 2018/19 financial year, however it is unclear how many of these were functional, rostered, or in for repairs.

This figure also falls short of the national standard of one ambulance for every 10 000 people. Based on this standard, there should be approximately 650 ambulances operating in the province.

In its 2015 report, the SAHRC recommended that the department increase the size of its fleet to meet this national standard. But, based on the department’s recently published five-year strategic plan, the standard will only be met by the 2024/25 financial year.

The department must prioritise meeting this standard by 2022/23 at the latest. Effective management of its budget, such as eliminating underspending, would enable this. In the 2018/19 financial year, the department failed to spend R663 000 on the procurement of machinery and equipment from the EMS budget. Underspending such as this could have been redirected to purchase ambulances.

But here is the truly shocking thing.

Between 2014/15 and 2018/19, despite budget increases, the department underspent on EMS specifically by R94 million. Of this, R73 million was underspent in the budget for emergency transport, and R7.7 million in the budget for planned patient transport. Another R13.2 million allocated to the long-awaited EMS Training College was also not spent.

With such great need and limited available resources, returning these budgeted funds unspent is unforgivable – especially given the daily struggle for EMS services faced by so many people in the Eastern Cape.

Significant funds – over R1.4 billion in 2020/21 – are available to improve access to emergency medical services in the Eastern Cape. But, as we have learnt in recent years, having the funds available is only one part of the solution – getting government to spend the available funds effectively is just as important.

The Eastern Cape government needs to commit to a coordinated effort to achieve improved ambulance services. This means interdepartmental coordination lead by the Department of Health with support of the Premier, but also actively involving the Department of Roads and Public Works and local government throughout the province.

In its Annual Performance Plan for the 2020/21 financial year, the province’s health department identified some key interventions including filling funded vacant posts, requesting an increase in the number of functional vehicles suitable for the terrain, rolling out the computerised call-taking and dispatch system and strengthening EMS services for inter-hospital, XDR, MDR and maternity transfers.

These are the same needs that the SAHRC Report on EMS in the province identified in 2015. Clearly, we know what is needed and, in many cases, funds are available, but the province repeatedly falls short with implementation.

Ultimately, fixing EMS in the Eastern Cape is not nearly the intractable problem that it may have come to seem after years of poor governance and underinvestment. Purchasing and maintaining more ambulances and over time training more paramedics is not rocket science. These are things that have been done in many places and that can be done in the Eastern Cape. All it requires is some real political will from those in power and a commitment to clean and effective governance.

*This article is part of Spotlight’s ‘Reimagining health in the Eastern Cape’ series – in which activists, healthcare workers, policy-makers and others are asked to reflect on how access to healthcare in the province can be improved.

**Mpulo and Mtsolongo are both employees of SECTION27 involved with the organisation’s work in the Eastern Cape. Spotlight is published by SECTION27 and the TAC, but is editorially independent, an independence that the editors guard jealously. This is an opinion article and the views expressed in it are not endorsed by Spotlight. 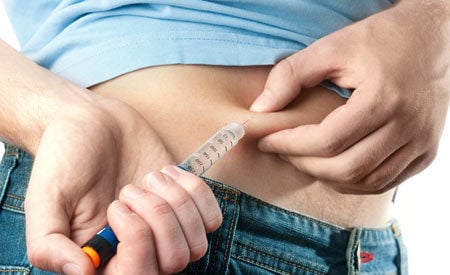 How many people have actually died of COVID-19 in South Africa and what do we know about the possibility of a second wave? As the first, and hopefully the only, substantial wave of infections and death recedes, Spotlight Editor Marcus Low assesses the many remaining uncertainties.

Shortly after Health Minister Zweli Mkhize announced South Africa’s latest tally of 13 confirmed COVID-19 cases – Spotlight got a glimpse of the isolation unit at Tygerberg Hospital where three patients are currently in isolation and awaiting test results to see if they are infected.

The Treatment Action Campaign’s (TAC) 6th National Congress held in Sterkfontein, Gauteng concluded today with the re-election of Anele Yawa as General Secretary and the election of Sibongile Tshabalala as Chairperson.

COVID-19 (Coronovirus Disease 2019) has fuelled fear and panic among many people across the globe – often based on misperceptions and unfortunately often against people from Asian descent. Here we try to dispel some myths and answer some common questions based on the available scientific evidence. 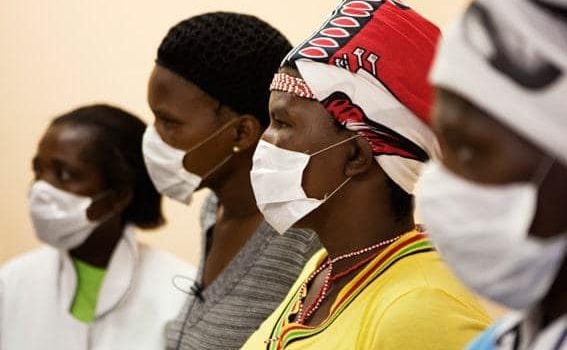