Home Blog Latest COVID-19: The kids are not all right
PHOTO: Black Star/Spotlight

COVID-19: The kids are not all right

Children may not be among those like the elderly who are flagged as high risk in the COVID-19 (Coronavirus Disease 2019) pandemic, but they will still bear a considerable burden of trauma and economic fallout during and in the aftermath of the pandemic.
In responding to the virus and giving emphasis to protective measures, medical health experts and health authorities have primarily focussed on high risk groups including the elderly, people who are living with HIV and/or TB, and those with underlying medical conditions such as diabetes and asthma.

‘Bouncing back’ from trauma

Rather than ‘bouncing back’ as many adults seem to expect, children incorporate trauma into their growth and future lives. Unfortunately, adults do not usually consider this in their policy making, especially when it comes to dealing with a crisis. “People are talking about vulnerability, but they are not talking about children at all,” writes Fothergill. The impact of the pandemic will be talked about for generations to come. The impacts will be traumatic, but the trauma will hit the youngest among us the hardest.

Children can experience anxiety and panic as acutely as adults do; only they might be better at hiding it. That fact might contribute to a general sense among adults that children are somehow naturally ‘resilient’, and can bounce back easily. That very attitude from adults can hamper the proactive attempts to help children process what is happening, and stifle therapeutic efforts that will be necessary in the aftermath of this pandemic.

Bottled emotions don’t go away, they either blow up in emotional fears, or blow up into anger or acting out behaviour. In older children these fears can lead to anxiety, depression or self-destructive behaviour like drug abuse, alcohol abuse or even suicide. The impact of COVID-19 will ease with time, but untreated direct or indirect psychological damage may persist for years.

Calm and collected parents or caregivers can help children to remain calm and collected. Practically, schedules and routine can offer some semblance of stability. This can include regular bedtimes and mealtimes. This may be a significant ask especially for parents already struggling to work from home and keeping themselves safe while working outside of the home environment in this period. But, it is important to note that children’s resilience is at least in part a product of adult behaviour.

In an attempt to curb the spread and impact of the virus, many countries closed their borders. South Africa also embarked on a nationwide lockdown and instituted travel restrictions with the aim of ‘flattening the curve’ and preventing devastation on a similar scale as reported in Italy and Spain.

For children who spend their time in multiple households, and who also rely on people outside their household for guidance or mentoring, or those who are used to a stream of relatives coming in and out of their homes – such prolonged social-distancing measures will mean profound separation from some of these external and extended sources of care. All the FaceTime, Skype, WhatsApp video calls in the world cannot make up for ‘fill-in help’ from aunts, uncles, grandmothers, and grandfathers. For some children, these extended sources of support is often a crucial buffer in toxic or even more (physically) dangerous home environments.

What is more, parents now have to both home school their children and keep up with their jobs. The effects of the school closures, however, goes beyond just the loss in ‘learning time’. Schools are often the primary source of structure and socialisation for children who have rich social lives, often experienced almost exclusively in school and through extra-curricular activities. In many cases schools are also the primary providers of essential resources.

A new dimension of hardship

In a society such as South Africa, where inequality is vast and millions of people live in poverty, government’s role in providing safeguards cannot be overstated. Key safeguards such as school feeding programmes are often critical in ensuring children get the nutrition they need. Government’s constitutional obligations towards children should not be suspended because of restrictions, such as school closures imposed during the nationwide lockdown.

Still, national government took a decision to stop running school feeding schemes during the lockdown. When the Western Cape government, contrary to this decision decided to still feed school children in the province, the Parliamentary Portfolio Committee on Basic Education’s chairperson lashed out and urged Basic Education Minister Angie Motshekga to intervene.

Disruption of the School Nutrition Programme is devastating to many children depending on this meal. This is not a time for political mud fights. Children need to eat. A coordinated and safe roll-out of food packages directly to distribution points in food-stressed neighbourhoods must be implemented with the greatest of urgency – not just by provincial education departments, but through a concerted inter-departmental effort spearheaded by the Department of Social Development and its social relief of distress efforts.

In many cases schools are also the only places where some children receive care such as immunisations, mental-health care through social workers and rigorous physical activity needed for healthy development. In some rural communities accessing water means travelling long distances with buckets to collect this precious resource from dams or boreholes. But, when schools are open access to clean water and taps are often easier and so too a measure of psycho-social and medical support.

In its efforts to ‘think outside of the box’ in its response to COVID-19, government should consider that children are most vulnerable of all to the unintended or unanticipated consequences of its mitigation efforts.
Augmenting the child support grant

Many have also made a case for augmenting the child support grant. Research has shown that social grants are an effective mechanism for protecting children and families against the effects of poverty. According to figures from the Children’s Institute at UCT, nearly two thirds of children in South Africa – that is over 12 million children – depend on the child support grant. This grant supplements the income of over 5 million households and effectively supports entire households in their efforts to mitigate the impact of poverty.

In a briefing document the Children’s Institute makes a case for an increase in the child support grant that can help offset the economic backlash of the pandemic on poor households. Minister of Employment and Labour Thulas Nxesi earlier announced support measures to help workers during this time but this was limited to those who are employed. Many people living in South Africa are unemployed. Many of them have dependents who are children and increasing the monthly child grant can be a heaven sent in these households.

The pandemic comes at a time when South Africa already was in a technical recession. Now, with the pandemic, food security, physical health and general well-being for children will be severely undermined as many parents, guardians and caregivers face economic instability.
The economic insecurity and poverty-related stresses and anxiety caused by the pandemic contribute to increases in violence against women and children. In addition to reducing hunger, economic strengthening such as an increase in social grants will be protective of women and children.

On 6 April 2020, The Teddy Bear Clinic in Johannesburg recorded more than 25 cases of child abuse during the COVID-19 lockdown period. According to the clinic which provides services for abused children including forensic medical examinations, forensic assessments, counselling and psychological testing. The clinic stated some of these children had witnessed their mothers being assaulted, while others had been raped and sexually assaulted. The clinic’s Director of Clinical Services, Shaheda Omar, said this needed to be addressed urgently.

It is Government’s obligation, specifically the Department of Social Development as well as Department of Justice and Correctional Services to ensure justice for women and children in this state of disaster and national lockdown. Programmes and campaigns against GBV must continue. There should be public awareness campaigns on how victims of abuse can access services, reporting processes to the law officials and places of shelter. These services should be made available to all victims of domestic violence, including those living under quarantine and self-isolation.

*Mphahlele is a Legal Assistant at Section27.

A leading TB doctor says that “it is no exaggeration to say there is a TB crisis in the country”, and that “the impact of this crisis could be even more devastating than COVID-19”. Kathryn Cleary explores the COVID-19 pandemic’s impact on South Africa’s TB response and the way forward. 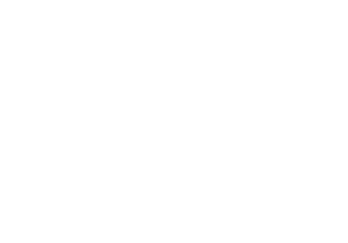 This is issue 6 of COVID-19 Report. We point you to the latest quality science on the pandemic. Are schools safe? Hydroxychloroquine does not prevent COVID-19 and much more can be found in this issue.

One Response to “COVID-19: The kids are not all right”