OPEN LETTER: So, about our struggling healthcare system, Mr President

Permit me to start by quoting you. In your State of the Nation Address in June last year you talked about an 80-year old grandma who “cannot spend an entire day in a queue waiting for her medication” – Well, she and others are still spending their days waiting.

What is worse, many like this grandmother after the long wait will most likely be send home empty-handed because of medicine stockouts at some health facilities. It used to be ARVs that ran out, these days it is antidepressants and, right now, contraceptives.

The plight of the 80-year old grandma is sadly not limited to just hypotheticals as the ongoing public hearings on the National Health Insurance (NHI) Bill has shown. I wish you could attend these hearings, Mr President and see how desperate South Africans used this platform to relay the horrors they suffer every day due to the systemic failure of the public health system.

But you know that.

After all, you established an entire NHI War Room in the Presidency last year to address these issues in preparation for the implementation of the NHI. Besides, one does not declare war if you have not surveyed the territory first, right?

And remember, you were also concerned about the “ill patient [who] “cannot be turned away because there is a shortage of doctors and nurses” and the “woman in labour [who] cannot have her unborn child’s life put in danger because the ambulance has taken too long to come”. Well Mr President, during these hearings, many faces came to personify these concerns.

More recently in January staff allegedly turned away a pregnant woman at a clinic in KwaZulu-Natal and she had to give birth in a taxi. The Health MEC in KwaZulu-Natal Nomagugu Simelane-Zulu has since ordered an investigation into the matter. So, these things still happen.

And much too often.

In your speech at the signing of the Presidential Health Compact in July last year you said – “A healthy nation is a successful nation”.

Yet, in your SONA last year in June you referred to health only 9 times and allocated a short paragraph of 248 words littered with anecdotes on what should NOT be happening – like the 80-year old that is kept waiting. That is 248 out of a speech of over 6 700 words, Mr President.

So, the numbers, and your words and action simply do not add up.

And earlier last year – in February you also had an opportunity to address a nation staggering under the weight of a disease burden that the public health sector is simply not keeping up with.

In that speech you referred to health 15 times and mainly focussed on NHI – more specifically the war room in the Presidency. How is the war on a dysfunctioning public health sector going? We can really do with a comprehensive progress report rooted in the lived realities of the people dependent on our crumbling public healthcare system.

You did mention introducing “the NHI together with a multi-pronged quality improvement programme for public health facilities” that will bring “massive change in the health care experience of South Africans”. The NHI Bill is expected to be on your table by August this year. That is the aim of Parliament’s Portfolio Committee on Health at least. Will we by then have had a glimpse of this “massive change”?

I know you have many very important balls in the air, Mr President. Eskom and South Africa’s persistent rage against the dying of the light – corruption, the economy, unemployment. All these issues are important, I know.

In some respects you have made some inroads – especially in the fight against corruption – that is very encouraging.

The Special Investigating Unit (SIU) after a series of proclamations by you, are flexing its muscles against looters. The unit is now investigating alleged corruption at various institutions, among others the National Health Laboratory Service (NHLS), the South African Health Products Regulatory Authority (SAHPRA) and in various provincial health departments. Recently, in January we saw some real consequences when the head of the Health department in the North West Thabo Lekalakala was fired after a disciplinary process based on, among others, payments that were made to the Gupta-linked company Mediosa. Lekalakala now also faces charges of fraud and corruption relating to his own appointment.

According to media reports corruption and wastage in health cost us billion per year. The Council for Medical Schemes pegs the annual cost of fraud in the private health care system at around R22 billion. The head of the SIU Adv Andy Mothibi earlier estimated fraud, waste and abuse in health care at around R39 billion a year.

But it is more than just rands and cents, Mr President.

As a country we cannot afford any form or any degree of state capture in the public health sector. Every cent looted here is a matter of life and death. Thank you for taking some promising first steps in this area.

What I would want to suggest, if I may, is that arresting a few looters and even firing them, is not enough. For any real confidence in your fight against corruption, people in South Africa need to see some successful high-profile prosecutions. We need every single one of them in jail, Mr President, not just as a confidence booster, but also as a clear deterrent to those eyeing the cookie jar.

This should concern all of us and more should be done to address this uncertainty. Maybe you can say something about this when you get behind the podium for your SONA?

Furthermore, we need a clear and implementable national plan for the training, employment, and retaining of healthcare workers, Mr President. Maybe you can speed up the new Human Resources Strategy for health that is in the pipeline and ensure that it actually gets implemented.

Time is of the essence and strong political leadership goes a long way.

Mr President, at least two things of notable importance happened in February – the 30th anniversary of the release of former President Nelson Mandela – something you will likely highlight in your address – and what would have been the 31st birthday of Nkosi Johnson, the HIV/AIDS activist who helped shape perceptions around HIV at the height of AIDS denialism in the country.

Last year you briefly mentioned HIV in your SONA, again reiterating your “concern about rising HIV infections rates”. There are now plans for a massive roll-out of pre-exposure prophylaxis (PrEP) in every public health care facility by September this year. If properly implemented , it will be truly commendable Mr President, as it will give people, especially young women, another means to keep themselves HIV-free.

Speaking of HIV, maybe you can provide some certainty over HIV funding in the context of NHI? What steps will be taken to ensure that removing the HIV Conditional Grant does not harm HIV services? We can do with some clarity on that.

Your Presidential Health Compact is a potentially important document with a finger on the pulse of much of what is wrong and needed to fix public health care. I had to read the compact again, since I haven’t heard or read anything about it since you signed it last year. I hope it isn’t going to fade into irrelevance like so many other plans and consultations in this country.

The compact propagates for – one health system, where all our hospitals and clinics are appropriately staffed and resourced; where there are adequate medicines, equipment and supplies and infrastructure is suitable for the services to be provided.

It almost reads like parts of the Freedom Charter, doesn’t it?

So, maybe we should not only afford it the same reverie as that historic document but also implement it properly because getting your Compact right, Mr President, might just be the start of the new dawn you have been promising people in South Africa – a dawn where the health of the people are made the bedrock of the country’s economic and social development.

Dr Kenneth Jacobs was elected chairperson of the National Assembly’s Portfolio Committee on Health last month. Biénne Huisman chatted to Jacobs about National Health Insurance, the role of Parliament, working with the Stormers rugby team, and his own background and journey to serving as chair of such an important parliamentary committee. 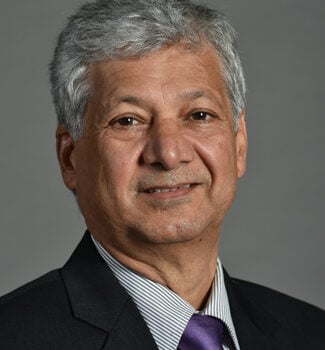 Eight days ago President Cyril Ramaphosa declared a national state of disaster. Spotlight looks back at the last week and listens to what community groups, farm workers, taxi operators and others have to say about COVID-19 and the various measures to prevent or slow its spread.

Even as the need for a more equitable health system is being demonstrated, news has broken of large-scale corruption in the procurement of PPE. This makes it difficult for a population worn down by corruption to envisage the transformation of the health system into a system of contracting and procurement under National Health Insurance, writes Sasha Stevenson.