Wednesday residents of the Cape Town metro descended on Khayelitsha filling the CBD Hall near the Khayelitsha Mall with patches of blue for DA supporters, red for SACP and some unions, green, yellow and black for the ANC supporters and white for those representing the health worker community. The result – a colourful Smarties-boxed hall with representatives from Non-Profit Organisations (NGO’s), ward councillors, traditional healers, and medical personnel scattered in between.

Also in attendance was Dr Beth Engelbrecht, the Head of the Department of Health in the Western Cape and the man who will take over the reins from her on 1 April Dr Keith Cloete.

Dr Sibongiseni Dhlomo, chair of Parliament’s Portfolio Committee on Health started by introducing the Bill, as he had been doing at previous hearings. Dhlomo’s explanation of the bill was littered with analogies that at times had some in the audience in stitches. Engelbrecht too, at times looked dumbstruck and shook her head in disbelief whilst Dhlomo was explaining the bill.

It was when the chairperson referred to the people who will administer the proposed NHI Fund that should be “corruption-free, respectable people”, that some people in DA-colours made heckling noises.  Others saw it fit to take a power nap during this time.

After Dhlomo’s introduction over 80 people got up to present their comments to the committee. The proceedings at times got so rowdy the chairperson had to intervene. Speakers could convey their submissions in their mother tongue but presumably in an attempt to save time, there was no translation of every input made. Also in what appeared as an attempt to keep the order Dhlomo said people can leave after they have given input which meant halfway through the proceedings the crowd has significantly thinned out.

Many of the speakers got drowned out by the noise from the floor and pockets of people standing in the gallery on top of the hall. Some were cheered on, others were heckled depending on who’s agreeing with whom. This interaction was often split along party lines with those in blue cheering those mostly opposed or questioning aspects of the bill. Some in ANC T-shirts cheered those who stood up in support of the bill.

During the almost three hours of proceedings residents pitted rich and poor, those with medical aid and those without, against each other as accusations were exchanged. One resident was visibly upset and pointed to Engelbrecht and other senior provincial health department officials in the gallery and accused the DA-government of spreading ‘misinformation’. “Shame on you! Shame on you for misleading us on this bill…it is just disgusting,” she said waving around a piece of paper whilst pointing at the officials in the gallery. Engelbrecht leaned forward listening to the visibly angry woman being cheered on by the crowd. The woman submitted papers to the committee, which she claimed showed clear evidence of this disinformation.

A representative of the South African Youth Council said he is concerned about how NHI will be fully implemented in the Western Cape when there is such ‘distortions’.

One resident who introduced himself as a member of the organisation Black Land First (BLF) accused those who opposed the bill as “gatekeepers of white monopoly capital”. Another resident from Site C and the Khayelitsha Health Forum accused those opposing the bill as being “against equality” and called the “brainwashing”  unpatriotic. Another woman remarked: “We have been separated by colour, now by money. This must come to an end,” she said.

A woman who introduced herself as a member of Nehawu reminded everyone healthcare is a right. “You can’t sell healthcare. It’s not bread.” Other residents cloaked in red capes representing the traditional healers, amongst others things wanted to know how their facilities will be accredited and how their traditional medicine and treatments will be handled in terms of the bill.

Treatment Action Campaign (TAC) member Andile Madondile expressed his concern over the powers the bill will give to the national minister of health and asked for it to be reconsidered. Some residents wanted to know how people living with HIV will be catered for in the bill.

Other residents had clear proposals on where government can get money to fund NHI. The question on where the money will come from to fund NHI, has been one of the concerns raised by many. Mary Jane Matsolo, advocacy and campaigns coordinator at the Healthy Living Alliance (Heala) proposed two sources of revenue for NHI.

Tinashe Njanji from the People’s Health Movement, said they support the bill “in principle” but identified issues of concern. Among these concerns were the minister’s powers provided for in the bill, the need to include communities as stakeholders and to fix the present health care system.

Nearing the end of the evening after a litany of accusations, suggestions and political and class posturing, it looked like those in favour of the bill had the greater numbers. 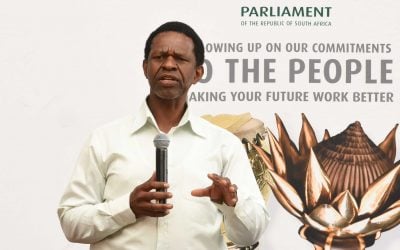 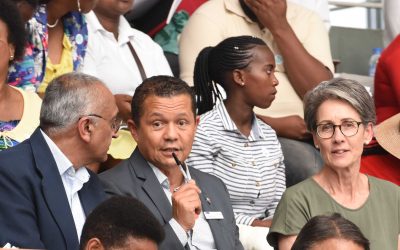 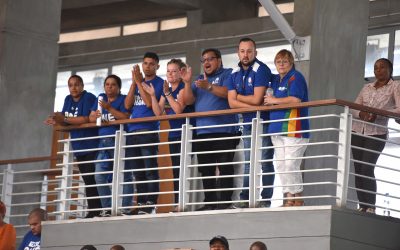 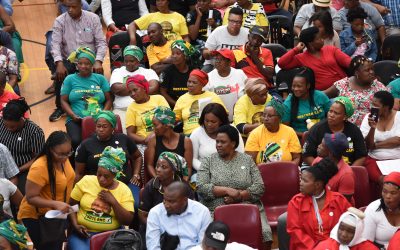 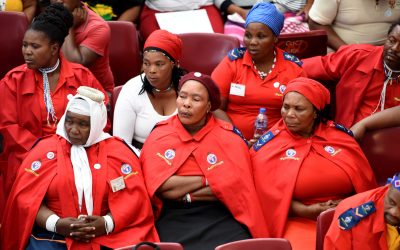 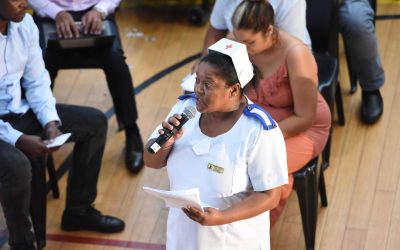 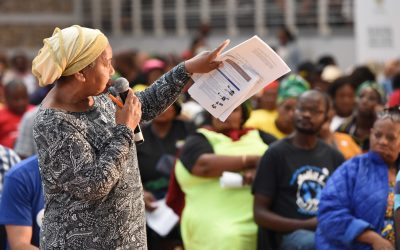 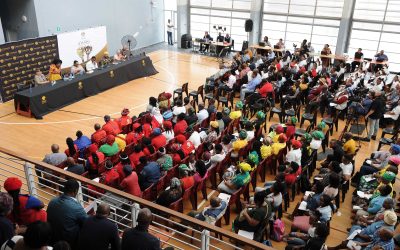 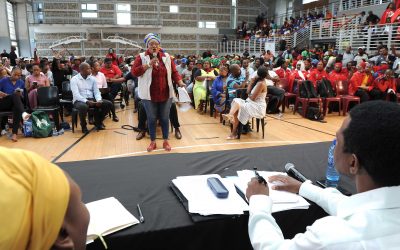 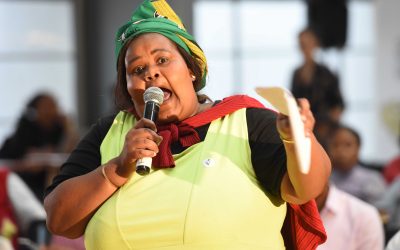 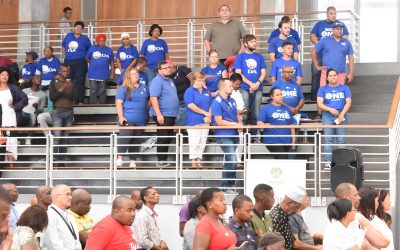 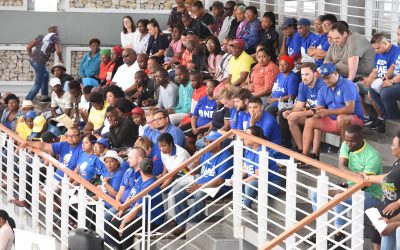 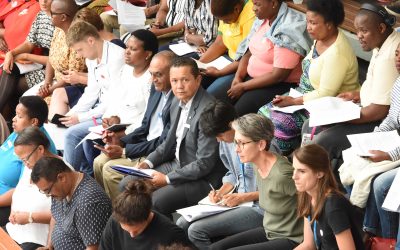 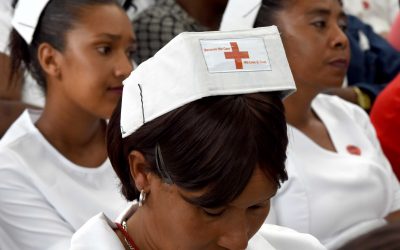 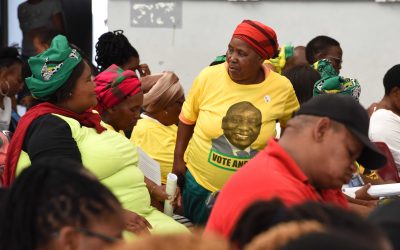 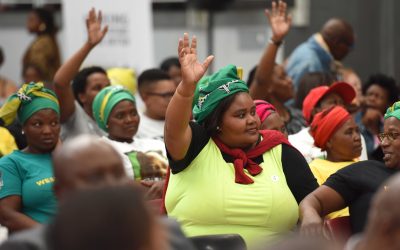 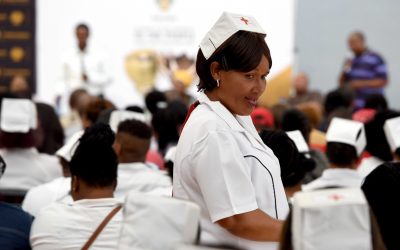 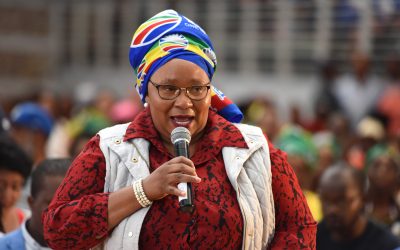 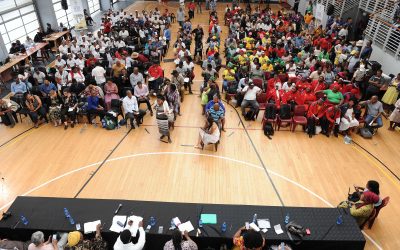 Residents of the OR Tambo District in the Eastern Cape were mostly in favour of the National Health Insurance (NHI) Bill at a public hearing in Mthatha, but raised questions on how it will solve problems in the Eastern Cape’s ailing health system, especially in rural areas. The latest version of the NHI Bill proposes limited access to health care services for population groups such as asylum seekers and undocumented migrants with serious implications for universal health coverage.