Home Blog Latest ANALYSIS: The number one challenge in our HIV response

ANALYSIS: The number one challenge in our HIV response

South Africa’s HIV epidemic is very different today from what it was in the early 2000s. The most obvious change is that due to the provision of antiretroviral treatment people with HIV are living longer. Let’s be clear, far too many people still die of HIV-related causes (around 68 000 in 2019), but the time of multiple funerals every weekend of people who died of AIDS is over and life-expectancy has recovered from a low of 53 in 2004 to over 66 today.

Treatment has also changed. From 2011 most public sector patients have been treated with a combination of ARVs that have much fewer and much less stigmatising side effects. In 2013 multiple daily pills were replaced with one pill once a day for most people – making it much more convenient to take treatment. In terms of ARVs, the situation is set to improve further with the introduction of a new ARV called dolutegravir – which has both a good side effect profile and, maybe more importantly, has a high barrier to resistance.(See Spotlight for more on what you need to know about dolutegravir). This development is important since there is some evidence that drug resistance is becoming a more serious problem with the drugs we currently use.

Another fundamental change is that today ARVs are recommended for all people living with HIV, and not only for those with compromised immune systems. Until the publication of the landmark START trial in 2015, many people thought that one could safely wait for your immune system to show signs of decline before starting treatment. The START trial showed that even in people with high CD4 cell counts (an indication of good immune system function) ARVs reduced the risk of tuberculosis and certain types of cancer.

We know today that taking ARVs is good for the health of a person living with HIV – but we also know that it is good for that person’s sexual partners and the wider community. This is because ARVs suppresses the virus in a person’s body, making transmission less likely – in fact, most HIV-positive people who are stable on HIV treatment reach viral suppression (so little virus in the body that standard viral load tests can’t pick it up) and become non-infectious.

And yet, for all the progress we have made and for all the new knowledge we now have, there are still estimated to be well over 500 new HIV infections in South Africa every day (around 197 000 in 2019).

To understand why the rate of new infections remains so high, let’s consider a bit of basic epidemiology. Generally speaking, if you have a large pool of infectious people interacting with a large pool of people who are susceptible to infection, you should have a relatively high transmission rate. This is the case with HIV in South Africa. As explained earlier, HIV positive people with suppressed viral loads are not infectious. Even so, conservatively estimated there are at least 2.5 million people living with HIV in South Africa who are not virally suppressed. Some people in this large pool will continue to transmit HIV to the even larger pool of people who are susceptible to infection.

There are of course various things we can do to prevent HIV being transmitted.

The correct use of condoms is particularly effective and something we should keep promoting. Providing people at risk of contracting HIV with pre-exposure prophylaxis (PrEP) is also effective, but government has as yet not put much resources behind this. Medical male circumcision reduces men’s risk of acquiring HIV, which in turn reduces the risk that their sexual partners will contract HIV. The evidence suggests that behavioural interventions such as promoting abstinence do not work and are a waste of money.

Condoms, PrEP, voluntary medical male circumcision, these measures are all important, but most impactful in reducing the rate of new infections is to shrink the pool of people who are infectious. If there are fewer people who can transmit HIV, there will quite simply be fewer transmissions. The best way to shrink the pool is to help infectious people to become non-infectious by taking treatment – which of course also benefits the person’s own health.

Unfortunately, the numbers show that getting people living with HIV onto treatment is one area where our HIV response still has some way to go.

We do pretty well when it comes to HIV testing – around 91.5% of people living with HIV are estimated to know their status in 2019. Where people do take treatment, they tend to do relatively well with around 92.2% of people on treatment in 2019 having achieved viral suppression and thus become non-infectious.

Why do so many people who need treatment for their own health decide not to take it? This is probably the most important question about our HIV response today. The data is not particularly clear, but we can however make some educated guesses.

Some people living with HIV will not feel ill and will thus not seek treatment until they feel very ill. Others, maybe due to the lasting impact of South Africa’s history of AIDS denialism, might believe antiretrovirals to be toxic or ineffective. Both these problems underline the need for clear, ongoing public HIV awareness campaigns.

It is also a problem that the healthcare system is often not very pleasant to interact with. Standing in a queue for hours only to be told that the medicine you need is out of stock or that your file is missing, is not the kind of thing that makes people want to come back. Too often, interacting with the public healthcare system is an undignified and time-consuming experience. Long queues, poor handling of medicines stock-outs, inefficient and ineffective record-keeping, over-worked healthcare workers, a lack of confidentiality, these are all avoidable problems that turn many healthcare facilities into unpleasant places to visit.

But even within this atmosphere of political interference and mediocrity, there are things we can do to help people start and stay on treatment. There are after all thousands of committed healthcare workers fighting the good fight in the public sector, despite working conditions often being very tough. Some initiatives like allowing people to collect their medicines at pickup points such as pharmacies or at adherence clubs are steps in the right direction, as is the so-called “Welcome back” programme. But for these initiatives to truly transform our HIV response will require much greater and more sustained political backing.

Unfortunately, as we head into 2020, it appears HIV has largely dropped off the President and even the Health Minister’s list of top priorities. The rhetoric around HIV will no doubt tick most of the right boxes on World AIDS Day later this week, but the moment will come and go.

The Parliamentary Portfolio Committee on Health will not visit communities across the country in a drive to help people start and stay on HIV treatment – along the lines of what they are doing for NHI. Some ongoing efforts will be made through the South African National AIDS Council, but these will not get nearly the levels of political support that is being pumped into NHI.

Behind this is of course pretty straight forward political calculation.

NHI is a way for the ruling party to at least partially control the narrative around health and to create the impression that solutions are on the way. It also conveniently places all blame on misaligned resource distribution between the private and public sector rather than mismanagement and corruption, for the dysfunction in our public sector. No doubt, part of the subconscious appeal of NHI for many in the ruling party is the idea that in NHI we have the silver bullet and that if we focus on it hard enough all the gritty and unpleasant realities of today will simply disappear. Who knows, it might well be that NHI will in a decade or so help to bring more professional health services to more people.

But NHI is still on the distant horizon. Meanwhile, over 500 people in South Africa will become newly infected with HIV today. Around 180 people in the country will die of HIV-related causes today. The HIV epidemic is still claiming lives at an alarming rate and the absolute number of people living with the virus is still increasing.

The epidemic will not go away the day after World AIDS Day. What’s more, on that day, as on any other day, many of the 7.5 million people living with HIV in this country, and men in particular, will choose to rather get sick or die than to go to the clinic. This harsh reality is the number one problem in our HIV response today. It is high time it gets the political attention it warrants.

*Note: HIV estimates quoted in this article are from the published outputs of Thembisa version 4.2. Thembisa is the leading mathematical model of HIV in South Africa. The estimation that over 2.5 million people are not virally suppressed is my own, very conservative calculation and I take sole responsibility for any errors in this calculation. The real number may well be over three million.

Unlike regulators in the United States and Europe, the South African Health Products Regulatory Authority has not yet given the green light for any form of mix-and-match COVID-19 vaccine boosting. We take a look at the regulatory issues standing in the way of people in South Africa who received the Johnson & Johnson jab being offered Pfizer boosters.

Roughly two in five people newly ill with TB worldwide are never diagnosed. In South Africa, this amounts to about 120 000 to 160 000 people per year. A large new study called XACT III is testing ways in which more people can be diagnosed and started on TB treatment more quickly. Tiyese Jeranji reports.

On 17 May South Africa’s mass COVID-19 vaccination programme is expected to finally kick off. This will start a long race against the clock in which every day and every vaccination matters. We should aim to administer at least 250 000 vaccine doses a day, writes Spotlight editor Marcus Low.

Irregular expenditure by the National Health Laboratory Service (NHLS) in the 2018/19 financial year totalled almost R2,7 billion – the biggest chunk of the R3,03 billion the National Department of Health and all its entities incurred the past financial year. 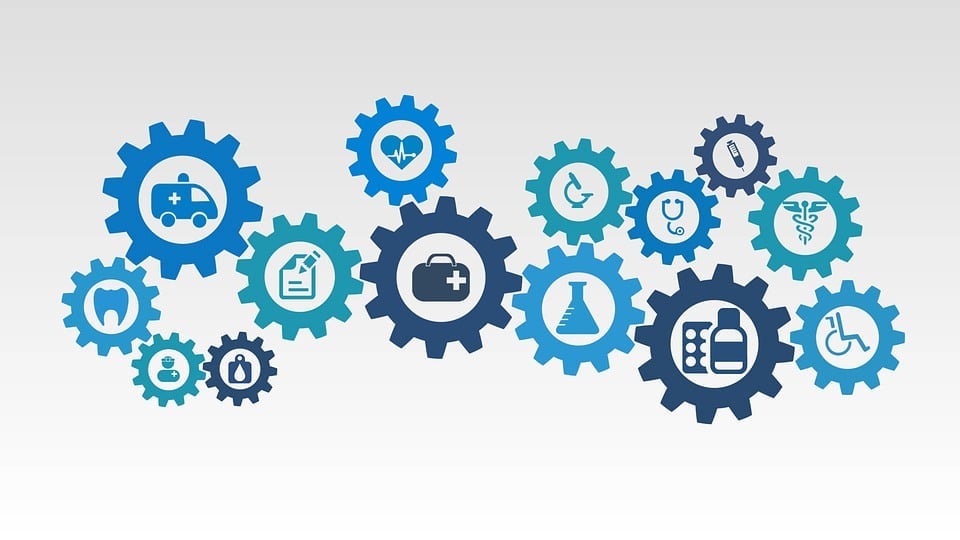