By Yogan Pillay, Department of Health

The Business Day article on 11 October titled ‘SA spends too little on mental health – study’ by Tamar Kahn and the Spotlight article by Alicestine October of October 15th bears response. The former to note the Department’s involvement in the study and the latter because of unforeseen circumstances the response by the National Department was not provided to Spotlight.

The study which was released by the University of Cape Town on World Mental Health Day was requested by the National Department of Health. As the authors acknowledge in the report dated September 2019: “This research endeavour was a joint effort of the National Department of Health (NDOH), the Provincial Departments of Health, the South Africa Medical Research Council and the Alan J Flisher Centre for Public Mental Health, University of Cape Town, South Africa”. This is an important point to make – which was omitted from Kahn’s article as it reflected the Department’s intentions to strengthen financing for mental health services. Secondly the article mentions that work is underway to “develop a business case to put to the Treasury” – again, this decision was one taken by the National Department who also solicited funding from donors to fund UCT and the SAMRC to do this work for us. Again, this reflects the Department’s intention to strengthen both resources and services for public mental health care. As noted above, it is a pity that the Department’s input to the Spotlight article was not provided to the author – to illustrate our commitment to strengthen mental health services.

Compared to the public sector the private sector expenditure (covering 20% of the population) is much higher – with more mental health professionals servicing this sector. According to the Council for Medical Schemes in 2018, the private sector spent R3.9 billion on mental health services funded by the Schemes, 2.3% of total health expenditure and a per capita expenditure of R444 per beneficiary.  This level of inequity cannot be sustained and will be addressed through the National Health Insurance (NHI) system.

As reported in the Lancet Commission on Global Mental Health published in 2018, mental health services are underdeveloped and under-invested globally. The Commission noted that globally: “The quality of mental health services is routinely worse than the quality of those for physical health. Government investment and development assistance for mental health remain pitifully small. Collective failure to respond to this global health crisis results in monumental loss of human capabilities and avoidable suffering”. However, the Commission also acknowledged that with the Sustainable Development Goals a “historic opportunity exists to reframe the global mental health agenda in the context of the broad conceptualisation of mental health and disorder…”.

However, these data cannot be used to justify any neglect of services for people with mental illness. The Department of Health is committed to strengthening mental health services in line with our progressive Mental Health Care Act and our Mental Health Policy Framework and Strategic Plan.

Here is an update of the Department’s activities to strengthen mental health services.

Is this sufficient? Of course not! We have much more to do to ensure that everyone who needs access to quality mental health services is able to receive it without delay and without the need to pay for it at the point of delivery. Under National Health Insurance we must clearly define the package of mental health services that will be provided at each level of care, ensure that there are mental health professionals able to provide this package and that this package is fully funded. Given the increasing burden of diseases attributed to mental disorders the work to strengthen preventive, treatment and rehabilitative services are critical. All available resources must be utilised in creative ways to meet these needs. 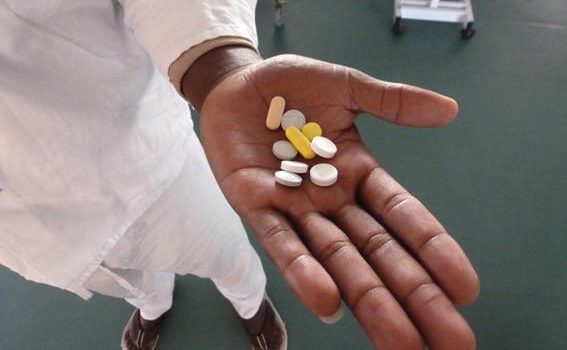 A  newborn’s first 1 000 days  are crucial, according to paediatrician, Dr Elmarie Malek. Malek presented a paper at the 10th Child Health Priorities Conference last weekend highlighting the need to invest in a child’s first 1000 days.

In what Spotlight understands to be a world-first, South Africa is on the brink of allowing pharmacists with the required permits to prescribe HIV medicines without people first having to get a script from a doctor or nurse. Catherine Tomlinson investigates how it will work and why it may be just the boost the country’s HIV response needs.